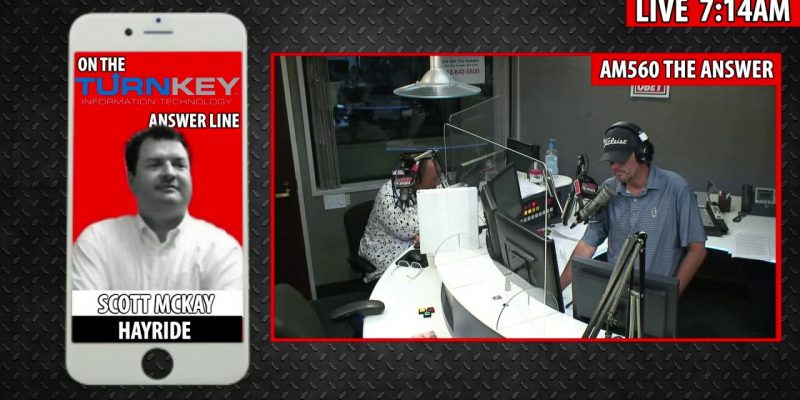 This happened early this morning, and it was brought on by the news yesterday about TikTok and how President Trump is looking for the Treasury to take a finder’s fee out of Microsoft buying TikTok from the Chinese. Dan Proft, who has the morning drive show on the iHeart Radio talk station in Chicago, has me on here and there when I write an American Spectator column he thinks is timely and interesting, and on Friday I wrote a piece entitled “What Are We Allowed To Believe About China?” that fit the bill.

A quick excerpt from the China column at the American Spectator…

Are you allowed to believe that China exercises significant influence over America’s major media? Chinese investors and companies, all with ties to the Chinese Communist Party, hold relatively significant stock positions in all six of the media companies that control 90 percent of the television channels and film entertainment producers in America. We’ve seen the Chinese exert influence on various film and television productions — there’s a reason the Red Dawn remake, in a classic example, had the wholly implausible North Koreans as the invading bad guys. Is it so hard to believe something similar is at work with respect to news? We’ve already seen it in the case of Bloomberg.

Because once you are allowed to believe the Chinese have motive, opportunity, and capability to do these things, you’ll find a mountain of evidence, though admittedly much is circumstantial, that they’re playing a lot larger role in our current woes than we give them credit for.

Yesterday we had a piece here at the site about the increasing amount of Chinese propaganda appearing in legacy media outlets here in America. There is no doubt the Chinese are seeking to propagandize the American people at the same time they’re trying to steal our intellectual property.

As I said on the radio, the hope, when we began trading full-bore with China 30 years ago, was that the cultural exchange that trade would let loose would make Jeffersonian democrats out of the Chinese. It’s much more true that the opposite has happened. Just look at the bizarre effect China is having on the NBA, for example, and this becomes undeniable.

So the danger is that TikTok, which is all the rage among American kids from, say, 10 to 20 years old, will then become a vehicle for the Chinese to propagandize and indoctrinate those kids. TikTok has already been politicized, and it’s known it’s full of spyware.

Trump should get credit for having stepped in and put an end to the nefarious possibilities of this app by severing it from the Chinese Communist Party if it’s going to do business here. But no, it isn’t a great idea to try to take a cut off the sale. That’s Trump thinking like a businessman, not like a political leader.