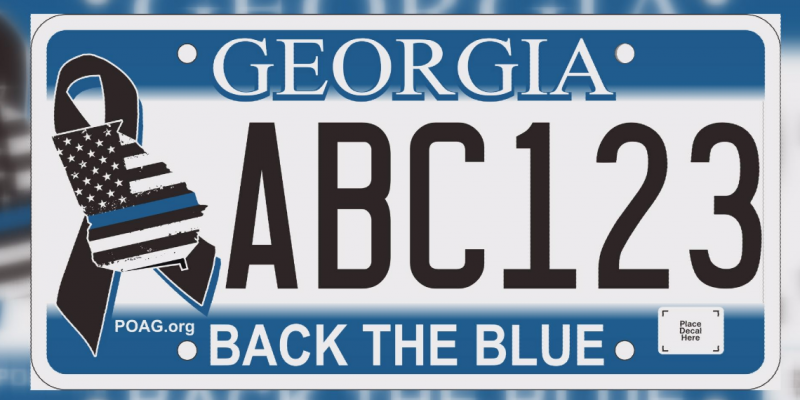 House Bill 838 allows officers to seek civil damages if they are wrongfully accused and establishes as a new crime, a “bias-motivated intimidation” offense when a first responder is targeted.

“During my time as governor, I have attended the funerals of far too many law enforcement officers who were killed in the line of duty,” Kemp said in a statement. “It’s absolutely heartbreaking, and we must act.”

A perpetrator commits a “bias-motivated offense” against an officer when he or she “maliciously and with the specific intent to intimidate, harass, or terrorize another person because of that person’s actual or perceived employment as a first responder.”

Anyone who harms an officer or causes more than $500 worth of damage to government police property will be charged under the law. The penalty is between 1 and 5 years in prison and a $5,000 fine.

“House Bill 838 is a step forward as we work to protect those who are risking their lives to protect us,” Kemp said. “While some vilify, target, and attack our men and women in uniform for personal or political gain, this legislation is a clear reminder that Georgia is a state that unapologetically backs the blue.”

“In these challenging times with law enforcement all over the country being challenged in all sorts of ways, it was a breath of fresh air to see those in the General Assembly that pushed for this legislation,” Georgia Sheriffs’ Association Executive Director Terry Norris told the Georgia Recorder.

The Georgia Legislative Black Caucus (GLBC) opposed the bill, asking the governor to veto it.

“We are more than willing to work with the governor to craft new legislation that contributes to criminal justice reform and restoring public trust with law enforcement agencies,” GLBC chairwoman Rep. Karen Bennett, D-Stone Mountain, said in a statement.

In 2017, the state issued a new specialty plate, to support law enforcement. It says, “back the badge” and features a black ribbon with a Georgia-shaped American flag that has a single blue stripe in the center.

Gov. Nathan Deal signed legislation in May 2017 to create the tag.