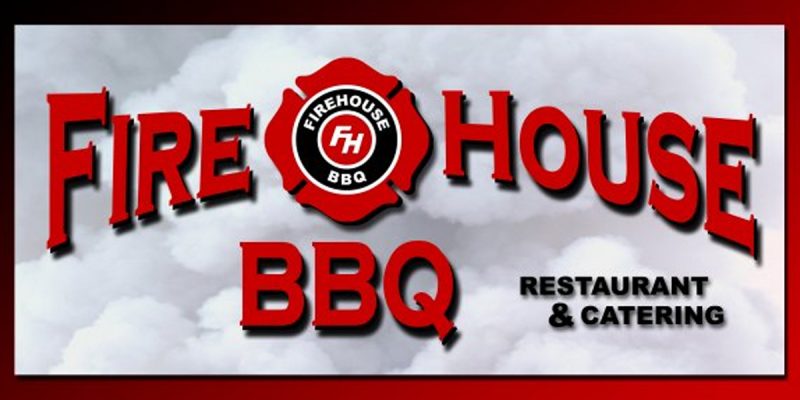 Yesterday, Louisiana Attorney General Jeff Landry announced that his office, and specifically the state’s Solicitor General Liz Murrill, filed an amicus brief in the Firehouse BBQ case. As our readers know, last week that little restaurant in Livingston Parish managed to get a temporary restraining order against Gov. John Bel Edwards’ efforts to shut it down for the sin of not demanding that patrons wear a mask when walking through its front door (a mask which comes off six feet later when they sit at a table, in one of the stupidest and most pointless governmental mandates ever enacted). Firehouse is the most successful, so far, of the citizen entities attempting to push back against Edwards’ iron-handed COVID-19 rule.

In the brief, Murrill makes a pretty strong case along similar lines to those enumerated in a legal opinion Landry’s office issued last month; namely, that Edwards’ mask mandate and bar closure is unconstitutional.

The enforcement action against Firehouse, at bottom, rests on an unsound and faulty legal foundation because it relies on the legally-flawed Mask Mandate issued by Executive Proclamation 89 JBE 2020 (“the Proclamation”). Jacobsen v. Commonwealth of Massachusetts, 197 U.S. 11 (1905), does not save the Proclamation’s Mask Mandate, because Jacobsen does not speak to or override the State’s constitution or the statutory law from which the Governor’s powers emanate, nor does it displace the federal constitution. While Jacobsen permits the government some flexibility in the exercise of its police powers free from federal judicial interference, it still presumes that a valid authorization to act in the first place. In the absence of such authorization for the government action (or where, as here, the Legislature has expressly limited the Governor’s emergency powers), the government’s conduct is arbitrary and capricious, denies Firehouse fair notice and procedural due process, and constitutes an ultra vires act that should be enjoined. Even if this Court finds a legal basis for the Governor and LDH’s regulatory actions regarding the Mask Mandate generally, the Governor still must enforce his rules fairly and evenhandedly. And, finally, if his and LDH’s actions against Firehouse retaliate for its speech or are designed to muzzle it from criticizing the Governor’s ultra vires order, such actions clearly violate Firehouse’s First Amendment rights.

It’s well worth reading all 14 pages. We agree with it wholeheartedly.

But since it was released and Landry shared it on social media, we’ve seen a great deal of blowback aimed at him.

Not just from the Left, which was expected. The state’s legacy media and the Usual Suspects on Twitter who accuse him of wanting to kill Grandma with COVID-19 because he’s advocating for the right of businesses to operate normally were all over him, but so what? That’s what they always do.

What we noticed was that Landry caught hell from people who are supposed to be on his side.

Why? Because all he’s doing is “writing letters.” He isn’t “helping.” Why isn’t he filing suit against Edwards, those critics ask.

The premise of their complaints essentially being that Landry’s just a politician who’s posturing, and he’s not actually doing anything.

We’ve seen the same thing with respect to the petition that Rep. Alan Seabaugh spent a good deal of time trying to get a majority of signatures for in the Louisiana House of Representatives which would have canceled Edwards’ emergency declaration and drained away his power to impose mandates and shutdowns. Seabaugh is being blamed for failing to get those 53 signatures, and that failure is being characterized as intentional – all he was trying to do was fleece supporters into thinking he’s on their side when he really wasn’t.

Is that a fringe position among conservatives? One would hope so. I’m not so sure.

I think people, and not just conservatives; I think this applies to a whole lot of, if not a majority of, non-political folks as well, have simply had it with politicians. I think there’s a huge number of people out there who reflexively assume everything that comes from elected officials in this country is a lie, and should immediately be looked at with a jaundiced eye.

Part of the reason Donald Trump is president is he was seen as someone not a politician, and that all by itself gave him credibility that his political opponents weren’t entitled to. Trump engaged in a good bit of carnival-barker tall tales, particularly in the GOP primary, and people found it entertaining rather than appalling because it was seen as a troll-job, or a satire, of the sweet-smelling, semi-plausible lies politicians told us for decades.

And that sentiment which fueled Trump’s election didn’t go away. It lives on in a major way in Louisiana, but it isn’t really transferable to other politicians. Eddie Rispone, whose campaign tried to base itself on Trump but was so incompetently run and poorly messaged that it shouldn’t have gone as far as it did, proved that.

Because Rispone didn’t win the 2019 gubernatorial election, Louisiana has the worst of all worlds with Edwards. He’s a wannabe tyrant assuming dictatorial powers for himself given the opportunity that COVID-19 has afforded him, and other than his potential 2022 Senate run against John Kennedy he isn’t accountable to the voters anymore. So to do anything to actually stop this man from completely destroying Louisiana’s economy and the civil rights of its citizens with his restrictions, which continue with no evidence of loosening despite the fact the virus is clearly declining in Louisiana, would involve extraordinary effort.

Has Landry’s effort been extraordinary? Well, with respect to COVID-19 Louisiana’s Attorney General has a pretty well-defined box in which he can play. He can write legal opinions which don’t have the force of law, he can write legal briefs to assist litigants in cases involving Edwards’ shutdowns, he can make public statements…all the things these critics say aren’t sufficient.

Landry doesn’t have any executive authority to stop these shutdowns. That power lies with the governor.

And the only check on the governor’s power comes from the Legislature, which can end his emergency.

When the Legislature was in session, it debated a suspensive resolution which would have curtailed Edwards’ emergency powers. And even now, Seabaugh’s petition could get to 53 signatures in the House and that would end the emergency.

Ask Seabaugh, and he’ll tell you he’s for either one of those things happening. He’s said it repeatedly since all this started. And Seabaugh got some 40-something signatures on the petition. At one point he was told by more than 53 of his colleagues they were on board with the petition.

I’m not sure what else he could do. Alan Seabaugh has no executive power to stop the shutdowns.

But he’s the guy catching accusations of betrayal.

Perhaps Clay Schexnayder, the House Speaker, is also catching them. I’m not upset if he is, because if there is anybody who deserves to catch heat for having refused/failed to curtail Edwards’ abuses of power and the damage they’ve caused, Schexnayder is probably that guy.

I’ve said this over and over, but the most basic, obvious thing he could have done was to take ownership of Seabaugh’s petition, get it signed by a majority of the House, stick it in his back pocket and ride the Capitol elevator to the Fourth Floor, where he could have greeted Edwards by saying “Howdy; I’m now your co-governor. This petition I have gives me the right to veto every single thing you’re doing about the virus that I don’t like, because if I disagree with you and you don’t remedy that, I’m filing this petition and your emergency powers vanish on the spot.”

Clay Schexnayder could do that today if he wanted. Nothing whatsoever is stopping him. He could easily round up the 12-15 extra signatures that petition needs and then dictate to Edwards that his bar closures, church restrictions, mask mandates or whatever other petty abuses be done away with. And with the positive test rates for Louisiana’s COVID-19 tests plummeting below five percent over the past several days, Schexnayder could easily justify those actions publicly by saying the people of the state have suffered long enough, that the economy is in cardiac arrest, that the state has to open up or there will be nothing left to save and that he trusts Louisianans to take care of themselves.

He’d get bashed by the legacy media and there would undoubtedly be columns by the Stephanie Graces of the world saying Clay Schexnayder is the same terrible guy Jeff Landry is, but he would be a hero. And when it’s all said and done, he would be right. It’s becoming very, very obvious that shutdowns and mask mandates and the rest are absolutely worthless in controlling the spread of the virus, which is one reason why Louisiana has had a worse time of it with COVID-19 than practically any other state; we’re run by a control-freak economic illiterate who had wasted the state’s economy even before the virus hit.

Don’t forget that Louisiana’s GDP dropped an atrocious 6.6 percent in the first quarter of 2020; only two weeks of that three-month period was even covered by the virus and the shutdowns associated with it. If anything, the shutdowns for Edwards are a crutch; he’s blaming the virus for a dead economy that he was killing before it even came along, and when he finally is forced to open it back up he’s going to have to account for what’s happened to small businesses all over the state. Edwards is happy to put off that reckoning as long as he can while begging for federal dollars to paper over the damage.

And one reason is the squishier members of the Legislature, and a good number of Republican local government officials, are seeing the reaction Seabaugh and Landry are getting from their own side, and figuring it’s better just to hunker down and ride this thing out rather than take a stand.

You know what happens when they do that?

Which is what’s happening in Louisiana. Keep that in mind before you engage in too much fratricide on the Right.