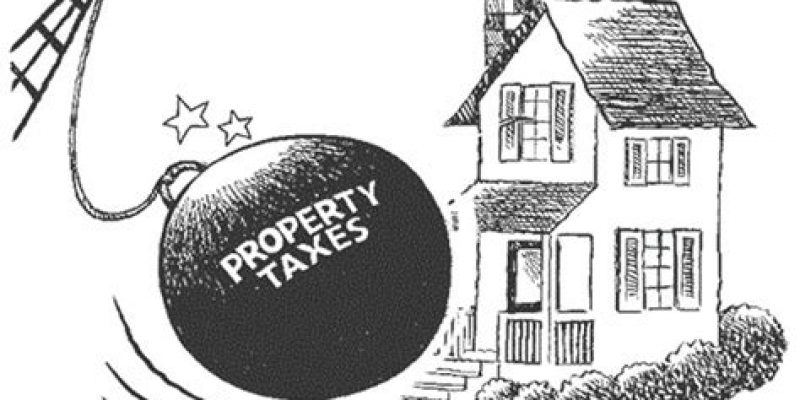 Several Texas counties have chosen to not raise county property taxes this year, keeping rates the same or lowering them in some cases. But 38 taxing entities have tried to increase property taxes over the state-mandated cap requiring taxpayer approval, state Sen. Paul Bettencourt said.

At a Texas Public Policy Foundation (TPPF) panel discussion last week, the Houston-area senator who serves as the Senate Property Tax Committee Chair said 16 counties and 23 cities attempted to increase taxes over the limit set by the legislature.

Austin was among them. The Austin City Council recently voted to increase taxes above the limit enacted by the legislature last year, and voters will either approve or reject it this November. Several cities rejected increases in property taxes, including Dallas and Longview.

For the fifth year in a row, Collin County announced it was lowering its property tax rate in order to keep homeowners’ bills roughly unchanged from the previous year. In the past decade, the county has adopted no increased revenue rates nine times.

Previously referred to as the effective rate, the no-new-revenue rate collects the same total amount of property tax revenue as it did the previous year. However, what homeowners owe might go up depending on their property’s value increasing. A static or lower rate on a higher value still results in a higher tax bill for some.

In Denton County, the new tax rate is below the current tax rate and the no-new-revenue tax rate. Plano County’s budget is based on a “no-new-revenue” property tax rate.

Tarrant County also kept its property tax rate the same, which is slightly below the no-new-revenue rate. But because of rising home values, the average property tax bill will increase by roughly $9.

“The problem with Texas property taxes has always been as property values go up, tax rates never came down,” Bettencourt said. “So values inched up and in some cases increased by 10 percent each year and were never offset by taxes going down.”

Bettencourt helped pave the way for property tax reform in the last legislative session. SB2 reduced cap on potential property tax increases for the first time in 30 years, from 8 percent to 3.5 percent. HB3 placed a hard cap of 2.5 percent for school districts. Both were combined in the property tax bill signed by Gov. Greg Abbott.

Any attempt to increase taxes over the caps requires approval by voters.

Dr. Vance Ginn, chief economist at TPPF, said that the rollback rate was established in 1979. In 1981, it was raised from 5 percent to 8 percent when inflation was running double digits. But over the past 25 years, inflation hasn’t been above 4 percent.

In 2019, it was time to adjust the rates, Ginn said, to protect homeowners from ongoing increased taxation. It couldn’t have been more timely, he said, since within less than a year more than 4 million Texans filed for unemployment during COVID-19 restrictions and state and local governments were seeing less revenue.

It’s problematic that local governments “need to expand their budgets in some capacity by more than 3.5 percent,” Ginn said, “when Texas families are often times seeing their incomes fall dramatically from having some sort of income down to zero, [… receiving unemployment], and some of these local taxing entities are saying, ‘You know what, we need to raise our taxes more. By the way, the way we are going to do that is spending more along the way.’”

In Harris County, property taxes increased by 29 percent from 2014 to 2018, whereas population growth and inflation increased by 11 percent, Ginn said. The comparison between taxes and population growth and inflation is often used as a metric to determine how much the burden of government should grow to stay within the means of taxpayers, he said.

According to a recent WalletHub study, Texas ranked 32nd highest among 50 states for its overall tax burden of 8.2 percent. Texas property owners paid 3.95 percent in property taxes and 4.25 percent in sales and excise taxes.

It took a decade to get tax relief on both sides, Bettencourt said, adding that, “The pressure to spend more taxpayer money is ingrained in government.”


Interested in more news from Texas? We've got you covered! See More Texas News
Previous Article Is It A Waste Of Effort Trying To Push Back Against JBE’s Shutdowns?
Next Article North Carolina has 5th-highest share of military personnel among the 50 states