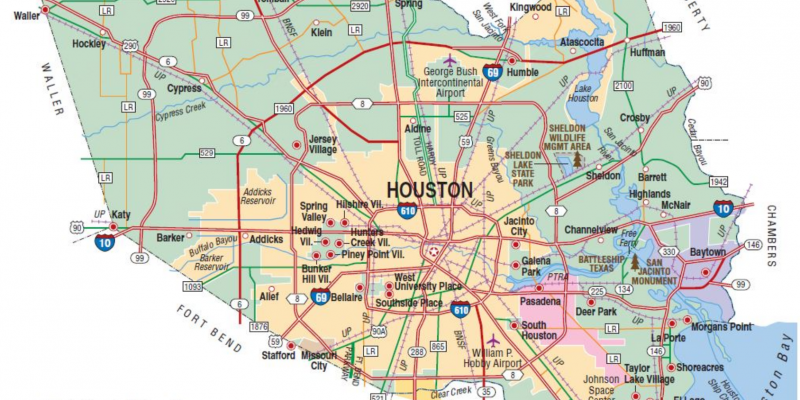 The districts plan to move forward with reopening schools for in-person instruction as early as next week, following CDC and Texas Education Agency guidelines. The county guidelines are not legally enforceable, and the superintendents argue they are also “not attainable.”

The superintendents state, “As educational leaders providing for the well-being and educational needs of over a half million students, we cannot support your recommendations that would essentially require indefinite closure of schools to in-person instruction while awaiting a widely available COVID-19 medical countermeasure or greater staffing capacity at Harris County Public Health for contact tracing.”

The letter cites the American Academy for Pediatrics, which has urged schools to reopen. It also states that “policy makers must also consider the mounting evidence that COVID-19 in children and adolescents, including the role they may play in the transmission of infection,” which has shown to behave differently from other respiratory viruses.

“While children infected with SARS-CoV-2 are less likely to develop severe illness compared with adults, children are still at risk of developing severe illness and complications from COVID-19,” the CDC reports.

As of Aug. 3, 7.3 percent of all reported cases of COVID-19 in the U.S. were among children, according to CDC data.

The superintendents explain that they have followed CDC and Texas Education Agency guidelines, having worked “diligently for many months to plan a responsible return to school and many health and safety measures are now in place to promote safe operations.”

Parents and concerned citizens in Clear Creek ISD criticized the district’s delayed start dates from Aug. 18 to Sept. 8 and then to Sept. 14. Clear Creek ISD Superintendent Dr. Greg Smith initially said the delays were based on health data from the Galveston County Health District. But Christine Parizo, with Red Apple-Clear Creek, pointed out that the data was flawed.

“GCHD erroneously stated, for example, that 1 in 10 Galveston County residents are transmitting COVID-19,” she said in a prepared statement prior to a rally last week.

“This is simply not true. The positive testing rate is 9 percent, meaning that 1.5 percent of Galveston County residents are infected – 3 in 200, not 1 in 10.”

“We believe that parents who made the choice to send their children back into the classroom did not do so lightly, and that they do not deserve to have that choice taken away from them,” she added. “The district is relying on flawed information to deny students in-person education, acting out of fear, and not looking at facts.”

Smith was the first superintendent listed on the letter sent to Harris County. Now, direct Clear Creek ISD classroom instruction will begin Aug. 31 for 10,000 students up to 9th grade. The remaining levels and special education are slated to return on Sept. 14.

School districts also are publishing information online to explain what in-person instruction will look like. According to the Texas Education Agency, more than 59 million masks, more than 560,000 gallons of hand sanitizer, 511,000 face shields and 24,000 thermometers have been distributed to school districts statewide.

Humble parent Ryan Cotton, founder of Harris County Parents for In Person Education, told the Center Square, that he supported the superintendents’ efforts. Humble ISD, where his children go to school, had already decided to return to in-person instruction on Aug. 24.

“When Harris County launched their so-called reopening plan last week, it only created additional confusion among parents about the already laid forth plans for districts to reopen,” he said. “It was fantastic to see the school districts unite behind the common theme of doing what is best for the children in their respective districts in accordance with their district specific relevant data.”

Pipeline, Parents for In-Person Education, comprised mostly of parents from Spring Branch ISD, told the Center Square in an email that they were “encouraged and proud of the courageous position taken by our SBISD Superintendent Dr. Jennifer Blaine” for signing the letter. The group has been working with parents throughout Harris County to safely reopen schools.

“These superintendents have been planning since May on appropriate and compliant safety protocol for students, teachers and staff to return to school during this pandemic,” Pipeline said. “It is time for us all to stand up against the indefinite closures of our schools and this is a step in the right direction. We feel confident that our educational leaders have the safety of our children and staff as the top priority and we will successfully open schools on Sept. 8.”