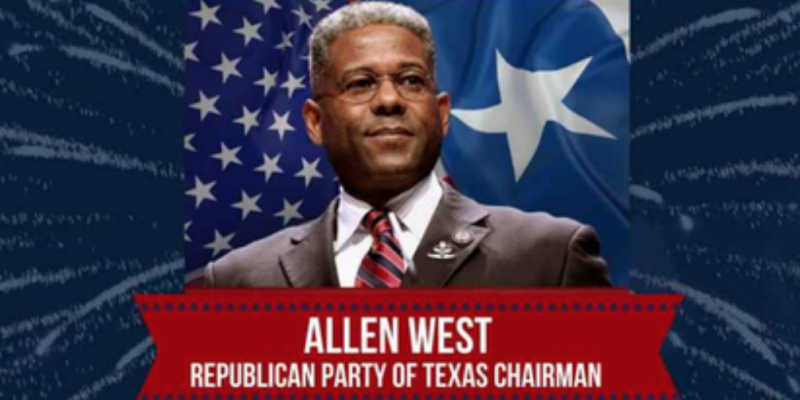 Republican leaders and doctors argue that coronavirus-related deaths and positive test results in the state do not warrant a continued shutdown in Texas.

The Texas Department of Health Services reports that deaths among Texans under age 19 represent zero percent of the state’s population, and the majority of deaths are over age 65 and among people with pre-existing conditions. If a statewide mask mandate is effective in slowing the spread of the virus, then there is no reason to not reopen the state and get people back to work, critics argue.

Republican Bryan Slaton, who is expected to win his state legislative seat (District 2) in November, said the first bill he plans to introduce will be to end executive overreach. Gov. Greg Abbott has used a 1975 law to continue extending a March 13 emergency order by 30 days, every 30 days. That is a misuse of the law, Slaton said.

Several hundred plaintiffs make a similar argument in a lawsuit filed in April shortly after Abbott issued the order, which is the basis for keeping the state shut down. Since March, Abbott has been sued by several thousands plaintiffs over a contact tracing program. More have sued over their businesses being shut down, and several current and former state legislators sued over the statewide mask mandate.

Legislators have also called on the governor to call a special legislative session prior to reconvening in January, which he has not done, and has not indicated that he will consider.

Businesses remain closed, unemployment remains at a record high, regulations remain waived, and the vast majority of Texans are not sick or physically impacted by the coronavirus, according to state data, critics opposed to Abbott’s orders argue.

“We must end the current abuses of the Texas Disaster Act of 1975, and it’s up to the legislature to end the possibility of future abuses in 2021,” Slaton said. “The type of decisions that Abbott is making were never intended to be made in a unilateral way. I’m urging Gov. Abbott to return to a respect for the legislative branch.”

“It has been over 150 days since we first started the ‘15 days to flatten the curve’ operation,” newly elected chairman of the Texas Republican Party, Allen West, said in a statement Monday.

“Only 3 percent of ER visits are for COVID symptoms, less than 2 percent of active COVID cases are hospitalized, 94 percent of COVID deaths are associated with having one more serious medical condition, and 75 percent of COVID associated deaths in Texas occur with people who are 65 years or older,” West added. “Why are we allowing the media and leftists to fear monger and drive us into an economic depression to advance their political agenda?”

The statement follows a comment the governor made last week in Lubbock indicating that Texans should continue to wear masks indefinitely “until we have better medications.”

“People need to understand that until we have better medications that can treat COVID-19, until we have the vaccines that will end COVID-19, people must maintain vigilance, even when just gathering with family members, to make sure you do continue to wear masks,” he added.

Many Texas doctors argue that life-saving medications are already available, and the Texas State Board of Pharmacy is restricting its administration.

Dallas Dr. Yvette Lozano told Fox News’ Laura Ingraham, “I wrote a prescription and had the pharmacist call me and let me know that he could not fill that without me disclosing the diagnosis of the patient. And so we had a little scuffle on the phone and I told him I couldn’t do that because of HIPAA [privacy] laws and he was insistent that the laws have been changed and the pharmacy board has passed a mandate that that drug could not be discussed unless it was accompanied by a diagnosis.”

The rule adopted by the board directs doctors to provide a diagnosis with any prescription for chloroquine, hydroxychloroquine, mefloquine, or azithromycin, which doctors argue violates their patients’ privacy rights. The rule also says the medicine cannot be prescribed for more than 14 days – unless the patient was already taking the medication prior to the coronavirus.

Lozano, who owns an urgent care center, Lozano Medical Clinic, says patients are coming to her from different cities in Texas to be treated.

“Their physicians are refusing to give them medication for fear that they are going to be in trouble with the licensing board,” she added. “And now, the issue that we have now is that I’ve got pharmacists who are refusing to fill this medication. So this is critical now. I have a huge problem on my hands.”

Asked if the medication has been successful in treating her patients, Lozano said it has been “incredible.”

“Every patient that I’ve treated – serious, moderate – has had resolution of symptoms within 24 hours.”

America’s Frontline Doctors’ group argues a “massive disinformation campaign” has been waged against the life-saving ability of Hydroxychloroquine, which others have said is ineffective.

The governor’s statement “would have been just fine if he stopped with the word ‘vigilance,’” Marion Mass, M.D., a pediatrician from Pennsylvania, told the Center Square. Mass is involved with a bipartisan coalition called Free2Care, which holds no official position on state lockdowns, mask requirements or HCQ.

“COVID is here and it’s not going away,” Mass said. “We have no cures. No medication clearly proven effective as a preventative or a treatment.” She also said there is no reliable timeframe for when a vaccine may be on the market, “and even when it comes out distribution will take months.”

“The only way to offer a 100 percent guarantee of NOT getting COVID-19 and not having anyone dying from COVID-19 is to lock yourself up with your asymptomatic COVID-19-free family and stay there,” she added. “But that’s not living.”

Free2Care works with state and federal legislators to ensure that legislation improves the doctor-patient relationship. David Balat, former hospital administrator and director of health care initiatives at the Texas Public Policy Foundation, founded the coalition in 2018.

Interested in more news from Texas? We've got you covered! See More Texas News
Previous Article This Is An Awfully Good Environment For Educational Innovation And Choice, No?
Next Article Ten Harris County school districts say they are moving forward with plans to reopen