This happened yesterday, and it was Trump appearing on Fox News to talk about reopening schools. In it, Trump makes the point that kids are under no particular threat to die or even really get seriously ill from COVID-19. But if you get your news from your Facebook feed you probably didn’t see it.

Schools across the world have reopened. In Asia and Europe the results have been that the virus hasn’t appreciably spread as a result.

And somehow this argument Trump is making is beyond the pale for Facebook?

“This video includes false claims that a group of people is immune from COVID-19 which is a violation of our policies around harmful COVID misinformation,” a Facebook spokesman told NBC News.

Here’s the video, which Gab is hosting as a means of sticking it to Facebook and Twitter. Andrew Torba is the CEO of Gab.

The timing on this isn’t all that good for Facebook, you know. It was barely a week ago that Mark Zuckerberg and others got called on the carpet by the House Antitrust Committee to talk about their censorship of conservative content on their platforms.

Here was Rep. Jim Jordan giving the chapter-and-verse indictment of Big Tech for its censorship and suppression of conservative thought.

By the way, there is also this, which made no sense… 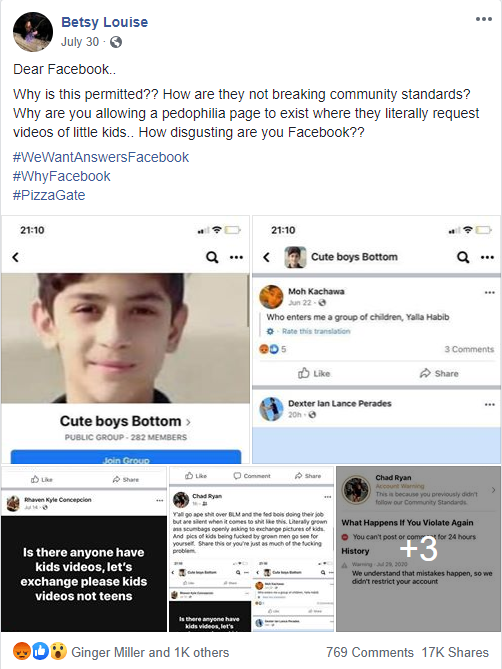 And these are the oligarchs who control the social media space?

Is anybody else appalled at the hypocrisy and naked cultural aggression here?