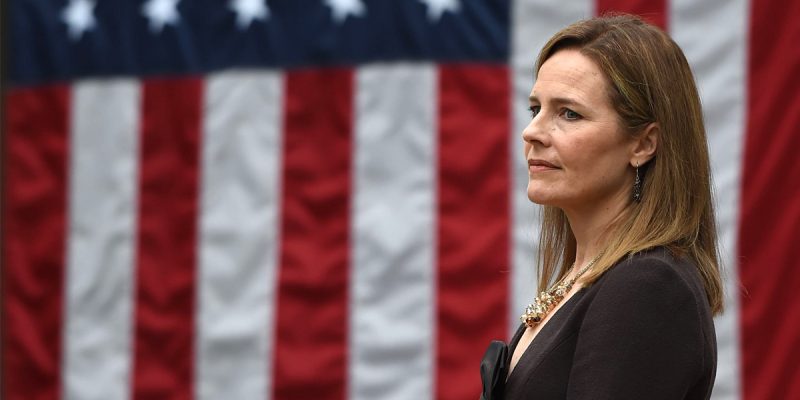 Two points worth considering about the filling of the vacancy on the U.S. Supreme Court as a result of the death of Justice Ruth Bader Ginsburg: One, what does the Constitution say about nominating and confirming a Supreme Court Justice; And two, whether a nominee’s religious affiliation  should disqualify them from consideration.

Firstly, Article 2, Section 2, Clause 2 of the U.S. Constitution states, in pertinent part, as follows: “A President nominates and, by and with the advice and consent of the Senate, shall appoint … judges of the Supreme Court.”  A simple majority of the Senate is required to confirm or reject a nominee.  The sound and fury we are hearing concerning the nomination and appointment of a justice during an election year is based upon the prerogative of a given president and the traditions of the U.S. Senate, but they are not constitutional requirements.  A president may appoint, and the U.S. Senate may confirm or reject a nominee, any time there is a vacancy.  The Senate’s constitutional duty has no exception for election years.

The rest of this is simply posturing and gamesmanship.  Which means it’s politics.  Both parties have been on both sides of this issue depending upon who was in power and who held the majority.  I have no doubt that if the shoe were on the other foot and the Democrats held the White House and Senate they would also immediately push through their own nominee.

Justice Ginsburg was aware of the fragile nature of her health and could have decided to retire.  In fact, she was asked to do so during the Obama years, providing President Obama the opportunity to appoint a younger, like-minded justice.  She did not, perhaps thinking Hillary Clinton would win and the first female president would then appoint her replacement.  Hillary lost.  Faced with that, she simply held on attempting to outlast, she hoped, a one-term President Trump.  She miscalculated.

Secondly, Article 6 of the Constitution makes clear that “no religious test shall ever be required as a qualification to any office or public trust under the United States.”  This includes as a “disqualification” to any office!  This means we do not impose religious litmus tests upon individuals in order for them to be eligible to serve in public office.

That’s why it’s so highly offensive for Judge Amy Coney Barrett to be attacked, in an attempt to disqualify her, because she is a Catholic.  That’s also why it was highly inappropriate and bigoted for U.S. Senator Diane Feinstein to say to Judge Barrett “the dogma lives loudly within you” during her confirmation hearing to the federal appeals court in 2017.  This comment by Feinstein was made to imply that Judge Barrett could not be both a faithful Catholic Christian and also a fair and impartial judge.  This is wrong, unconstitutional and remains an historic smear of a nominee.

Judge Barrett is a highly qualified, accomplished jurist (a Louisianan!) who is also the mother of 7, one, a special needs child, and two of whom were adopted from Haiti.  The great farce here is that the Left, which reflexively demands that we “celebrate women,” refuses to do so regarding Judge Barrett.

Why? Because Judge Barrett would faithfully apply the Constitution and law as written—rather than usurping the role of the elected branches and imposing her own policy choices.  She won’t serve as an activist, Leftist judge and that means not only should she not be praised but that she must be destroyed in the same ugly, vicious manner the Left inflicted on Justice Brett Kavanaugh.  The hypocrisy here drips like the morning dew.

The dictates of the Constitution in this matter are clear.  Hopefully, they will be followed.