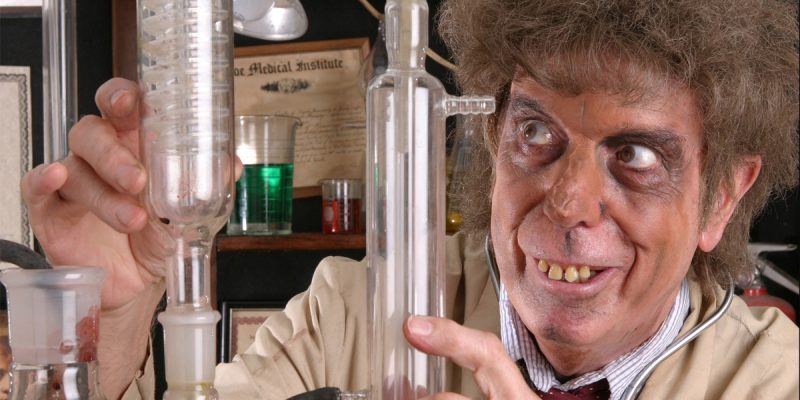 One of the consistent themes of this cursed COVID-infected year has been tragic loss.

Like a bad omen, Los Angeles Lakers legend Kobe Bryant was killed along with his 13 year old daughter, six friends, and the pilot in a helicopter flight in adverse weather conditions at the beginning of 2020.

And just recently Chadwick Boseman, who became the most bankable black superhero in cinema as the Black Panther and starred as Jackie Robinson in 42, succumbed to colon cancer at the far too young age of 43.

Neither performed under their birth names and they could not have been more different from each other aside from their shared flair for showmanship.

Pianist Ronnie Kole, born Ronald Kuhn in Chicago, suffered from a heart condition in his youth but parlayed that time indoors away from hazards that would endanger his health into becoming a largely self-taught jazz pianist who toured the world, played on national television and before several presidents.

Kole’s outdoor performance at the lakefront during Pope John Paul II’s visit to New Orleans in 1987 that will be forever remembered as his finest hour.

A musical fixture at Washington Mardi Gras, Kole, immaculately dressed in white tie and tails, would tickle the ivories with his wife Gardner in her wheelchair smiling at the foot of the Louisiana Live center stage.

The Kole performance that made the biggest impression on me was when he played his signature cover of Amazing Grace at the funeral of his longtime friend Jefferson Parish Sheriff Harry Lee in 2007.

Despite his early life heart issues, Kole made music to his 89th year before reuniting with Gardner, who preceded him in death in January, and his brother Nola musical icons Al Hirt, Allen Toussaint, Pete Fountain, and Fats Domino.

From Kole’s jazz clubs of the French Quarter the local celebrity funeral procession winds a few blocks away down Pirate’s Alley to “the Old City Ice House”, the home of Dr. Momus Alexander Morgus’s crude laboratory.

Like Kole, Sid Noel also had a background in music though as a disc jokey.

However Noel’s art was more of a “science.”

As host of the locally produced House of Shock, Noel became one of the Crescent City’s biggest celebrities as the madcap Morgus the Magnificent.
Assisted by his mute hulking burlap-enveloped lab assistant Chopsley and sometimes reinforced and other times taunted by E.R.I.C., a talking skull connected to a computer, Morgus would play the role of Icarus in a unwashed lab coat, pursuing experiments alternately motivated by the thirst for greater knowledge or hunger for more money.

And just as the Greek mythological figure would fall from the sky as he flew too close to the sun, so would Morgus’s grandiose experiments/schemes as the typically horrendous horror movie his sketches bookended drew to a close.

As a kid I would hear about Morgus from family but would not finally see his program until his return to local television in 1987. It became the highlight of my week as I eagerly awaited the end of the 10 PM news to flip the channel to WGNO 26.

Even as a pre-teen I was cognizant that Morgus’s plan was certain to go awry though I was always at the edge of my seat, curious to see how and to what absurd end.

Never one to stick around too long (his landlady Mrs. Fetish always hounding him for past due rent amongst other bill collectors), Morgus would make cameo appearances in sundry ways in the decades to come, especially around Halloween.

Morgus returned in the early 2000s, with his old episodes syndicated and mercifully trimmed of accompanying terrible horror film.

Both Morgus and Chopsley were present for the first regular season game of the New Orleans Hornets on October 39, 2002.

Perhaps the funniest moments were on radio when local sports broadcast icon Buddy Diliberto would have Morgus call in his show on Halloween afternoon.

Buddy D did his best to play along with horror puns and references to Morgus’s character though Diliberto would unintentionally mushmouth the lines to the chagrin of Noel, who may or may not have been feigning frustration in his Morgus character.

With Noel up in age and rumors flying around the city post-Katrina that he might not have survived the storm (a similar story about Domino got around as well) the rumors of his demise were dismissed as premature and Cox Communication put the exclamation point on that rebuttal taking out billboards with the mad scientist’s face assuring locals in the midst of an unprecedented city rebuild that New Orleans would be magnificent once again.

In what would be his final bow from the public stage, Noel did an autobiographical talk at the Orpheum last October to a packed house.

Not clad in make up and hand- print lab coat as Noel’s Morgus character but as Sidney Rideau attired in coat and tie, the disc jockey-turned local TV star recounted the origins of himself and his creation to several generations of Morgus fans.

Rideau’s last brilliant scheme fared no better than that of the man he played as he hoped to slip past the fans loitering outside by leaving through an adjacent parking lot.

Caught, Rideau obligingly signed people’s tickets including my own, simply as Morgus.

Morgus exited the earthly plane to ascend to The Higher Order, which is no doubt now more magnificent yet undoubtedly less orderly.

Aside from having both performed with clarinetist Pete Fountain, just in very different ways, there is one other very important thing Kole and Rideau had in common: support for charity.

Kole was a prolific fundraiser for numerous causes, ranging from Easter Seals to community improvements in his final adopted hometown of Slidell.

The proceeds generated from Rideau’s Orpheum show went to benefit the Alzheimer’s Association of Louisiana.

In other words, the money went to science.