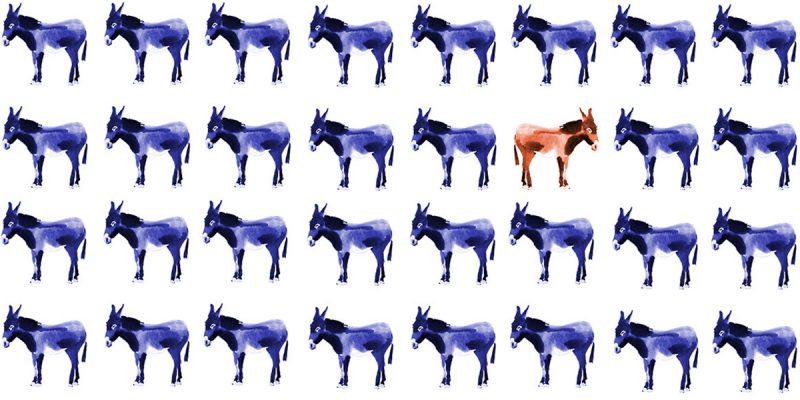 There’s no such thing as a pro-life Democrat. There are Democrats claiming they want to protect the killing of babies living in their mother’s womb, but they can’t possibly mean it and remain faithful to the party’s pro-death culture candidates.

Louisiana Sen. Katrina Jackson of Monroe has made quite a name for herself as a pro-life Democrat. She often speaks to pro-life groups and attends rallies across the country championing protections for the unborn.

But Tuesday night, when Republican President Donald Trump was forced to simultaneously debate moderator Chris Wallace and challenger Joe Biden, it was clear by Jackson’s Facebook posts the Louisiana Democrat was pulling for the pro-choice challenger.

When Trump legitimately raised the issue of the wife of the mayor of Moscow wiring Biden’s drug-addicted son, Hunter, millions of dollars, Jackson posted this on her Facebook page:

When that son, with no notable experience or discernable skills, is wired millions from several players on the world stage solely because his father is vice-president of the most powerful country on the planet, that’s when.

I confronted Jackson on her Facebook page. I grabbed a photo of our exchange before she deleted it. In it, you’ll see she admits to not supporting Trump for president. 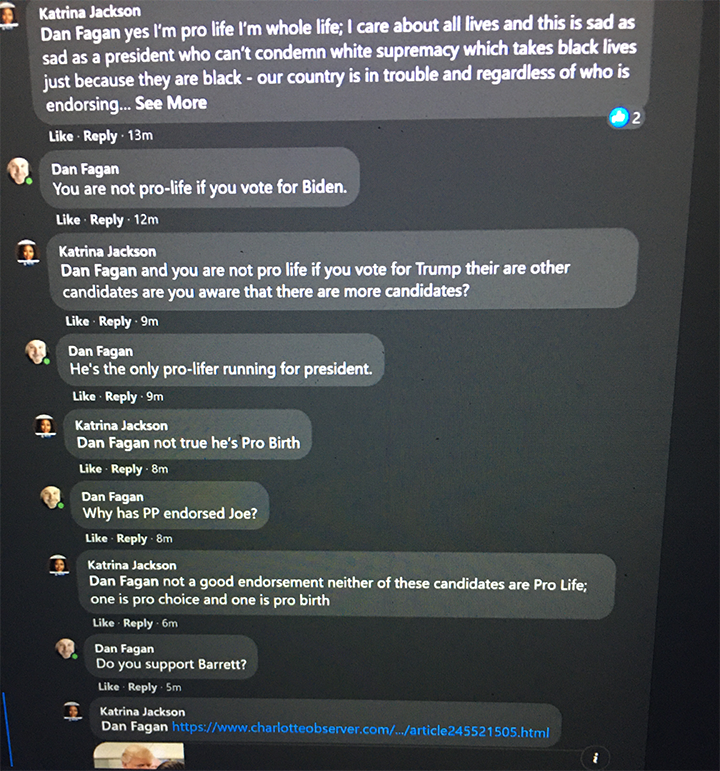 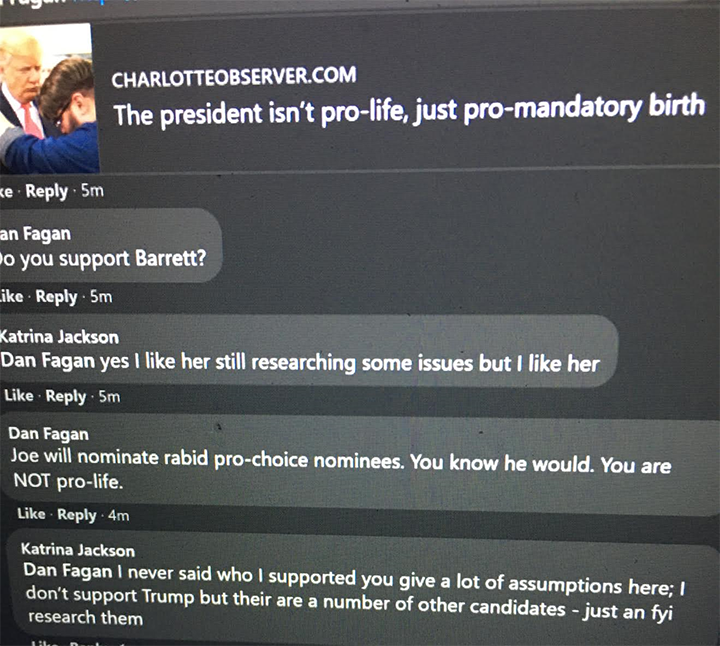 Jackson bizarrely claims “there are a number of other candidates” in the race. “Just an fyi research them, “ she writes.

Jackson knows the choice for president is between pro-abortion Biden and pro-life Trump. If Biden wins, he’ll stack the High Court with pro-abortion judges. Biden’s already on record opposing the Hyde Amendment which prohibits the use of taxpayer dollars to pay for abortions.

Biden’s running mate, Kamala Harris, is one of the most pro-abortion politicians ever to serve in the U.S. Senate. When Harris was California Attorney General, she targeted and tried to prosecute those who went undercover and caught on tape Planned Parenthood officials bragging about selling aborted baby parts.

With the Left, what they say is often more important than what they do. Jackson’s opposition to Trump disqualifies her from any claim of wanting to protect the hundreds of thousands of unborn babies killed in their mother’s womb each year. Trump offers the best shot at ending abortion in America and Jackson knows it.

And while we’re on the topic of so-called pro-life Democrats saying one thing and doing another, Gov. John Bel Edwards has admitted voting for Hillary Clinton four years ago. How can Edwards possibly expect us to believe ending abortion is important to him while voting for Clinton? It’s insulting.

Edwards also once held a fundraiser at the home of Virginia Democrat Gov. Ralph Northam. Northam once defended a bill in his state promoting infanticide.

But the most compelling evidence the hyper-politically ambitious Edwards is lying about being pro-life comes with one of his own quotes:

“If you’re not pro-life and if you’re not pro-Second Amendment, too many people in Louisiana will not hear the rest of your message,” said Edwards. “So you could be 100% in sync with them, but they’re never going to support you.”

You can no more be pro-life and support the Democrat Party today than be anti-slavery and have supported the party in the 1860s. Not possible. There’s no such thing as a legitimate pro-life Democrat.

Dan Fagan is a regular contributor at The Hayride and hosts a talk show on Iheart Radio. Email Dan: [email protected]