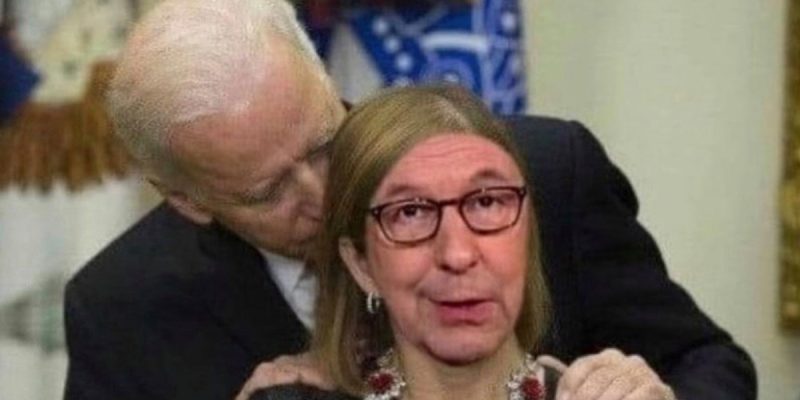 American political satire has its rightful place in American politics, because it uses allegory to lend insight where rapidly occurring events obscure the obvious.

Case in point: Chris Wallace’s overt fealty to Joe Biden.

Yes, the President went on the attack only after being attacked himself. That is who he is and always will be. That is the essence of his success–his personality. It is also, moreover, our success to have him as the President. He is gruff, brusque and sometimes offensive when challenged. But in these perilous times, this is what we need in the White House. Can you imagine whom Iran, Russia, and China are pulling for in this presidential election? They don’t want a chainsaw to slice through their charades of diplomacy. They want a mound of malleable putty they can shape to suit their country’s purposes.

Last night we saw the contrast between a roaring chainsaw, and the hackneyed, vapid world of old American politics, which has ruled this country for many decades. The contrast could not have more palpable and patent. And despite the assistance of Chris Wallace from the sidelines, Trump prevailed, in my opinion, because he and others felt that the debate was nothing more than a gang rape and he was going to fight back.

Chris Wallace was a disaster as a moderator, not because he couldn’t keep order, but because he caused disorder. His questions were not balanced, as they should have been and he attacked the President on several occasions and Trump was not going to stand for it. Wallace is not a candidate for President, but only a moderator.

And that was dubious at one point in the debate. Proof? Go back and look at the tape. At one point, Wallace, flustered by Trump, overtly announced that he was leaving his role as moderator and…. He was cut off, distracted or reminded through his ear piece, not to abandon his putative role as the moderator. Look for yourself–it happens quickly, but it happened.

At another point in the debate, moreover, Wallace pushed Trump to denounce white supremacist who are attending the ruinous riots in some American cities, caused by ANTIFA and BLM. Trump did denounce them, but not in a graceful, cogent manner. But, Wallace never turned to Biden and seek a correspondingly denouncement of ANTIFA or BLM. Why not? Indeed, Wallace allowed Biden to escape scrutiny by asserting that ANTIFA was only an idea, annotated by the idiotic comment of FBI Director, Christopher Wray. So, Wallace let that go and I assert it was by design.

If ANTIFA is only an idea, the idea is dedicated to the spontaneous combustion of some American cities. Never mind there are hours of tape identifying members of ANTIFA rioting in America’s cities.

Why did Wallace let allow Biden an escape hatch on the issue of law and order?

Now enter the visual evidence that Biden was wired. Wallace let that go, too. I submit Trump knew about the electronic crutch Biden was wearing and went full-bore on attacking Biden to compete with the furtive messages Biden was receiving in his earpiece. No wonder Biden didn’t want to stand for a pre-debate inspection for electronic devices.

Yes, the debate were a bit of a sham, because of the failure of Chris Wallace and his flaccid attacks by Biden on Trump. Our President has been through a lot in the last 47 months, most of it caused by the Democrats and a failed Democrat administration, which Joe Biden was part of. Trump has proven to be tough, beyond measure. He knew what his was up against last night and responded accordingly. Perhaps what he didn’t expect was Joe Biden’s prom date would be such a willing participant in the debate. If the Democrats can’t keep order on a debate stage, how do you expect them to keep order on our streets?