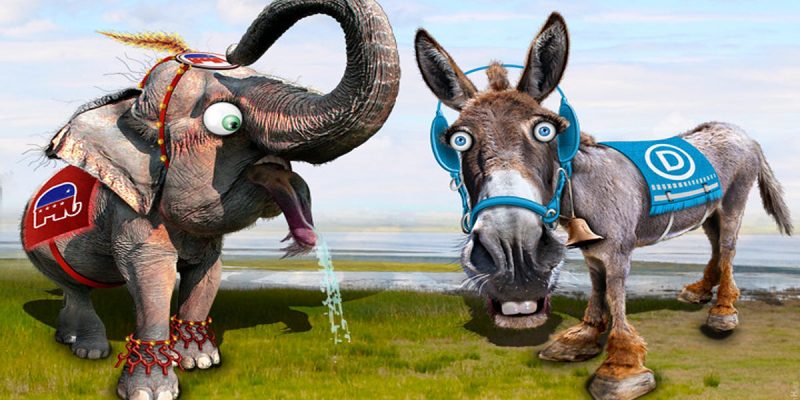 As Jeff Sadow said earlier today, in Louisiana political parties are weaker than almost anywhere else, and one key reason why is that the state operates on a jungle primary system where the parties really don’t even matter. In other states where winning your party’s primary is the crucial determinant of whether you’re going to be elected, it makes a really big difference whether you’re with the Republicans or Democrats.

But there is a definite trend afoot in the state even despite the academic nature of who has registered as what in Louisiana.

Yesterday, the Secretary of State’s office released its monthly report on statewide voter registration, and the numbers are interesting:

And the Democrats are losing white voters pretty quickly. There are currently 466,344 white Democrats in Louisiana. They make up just 37.5 percent of Democrat voter registration. A year ago they were just under 40 percent.

For all the talk about John Bel Edwards and his approval rating in Louisiana, Edwards sure doesn’t seem to be much of a party-builder. He did manage to win re-election last year, if barely, but that would seem to be a lot more about the problems in Eddie Rispone’s campaign than much of anything Edwards did.

And while LAGOP chairman Louis Gurvich has made a big deal about getting to a million registered Republicans by the end of this year, something which at this rate looks nearly certain to happen before Halloween, it isn’t like there are billboards or TV ads running exhorting people to go out and switch their registration. It’s happening mostly organically.

Not long ago there were twice as many Democrats in Louisiana as Republicans. Now the gap is a little more than 250,000. And if the rumors are true that the Louisiana Legislature will be bringing back closed party primaries next year in advance of the 2022 federal races and 2023 statewide cycle, which would mean registered Democrats wouldn’t be in a position to choose candidates in Republican primaries, it is by no means out of the question that the GOP will overtake the Democrats as the state’s largest party.

That wouldn’t really change elections in Louisiana, mind you. But it would solidify Louisiana as a red state. It’s a goal the state’s Republicans earnestly want to achieve, and they’re on their way.

Interested in more national news? We've got you covered! See More National News
Previous Article SADOW: Edwards Can’t Control His Party Like Other Governors Have
Next Article FAGAN: I’m Back. Here’s Why I Quit The Advocate.