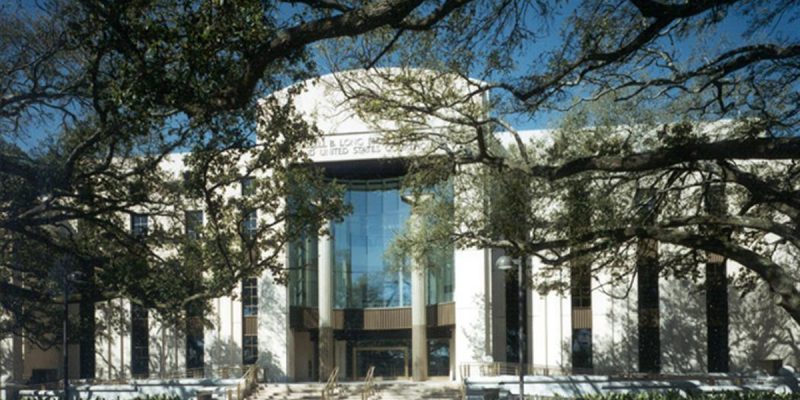 Yesterday afternoon, there was a bit of news coming out of a ruling in federal court in Baton Rouge. Judge Shelly Dick, an Obama appointee, ruled for the plaintiffs, a collection of Democrats seeking to force the state of Louisiana to expand mail-in balloting, and against Secretary of State Kyle Ardoin.

Ardoin had put forth a plan to handle the November elections which would curtail the amount of mail-in balloting the state would allow. Essentially, those with a doctor’s note proving they had contracted COVID-19 could get a mail-in ballot, while everybody else still had the ability to vote absentee if they wanted. But the plaintiffs weren’t happy with his plan. They wanted 13 days of early voting and they wanted anybody who felt the desire for a mail-in ballot to have one.

And of course, Gov. John Bel Edwards sided with the plaintiffs. This was a Democrat political stunt from start to finish. And in a dead giveaway this was a put-up job from the beginning, Judge Dick rejected a motion by Ardoin and by Attorney General Jeff Landry, who got roped in to defend the state, to realign Edwards with the plaintiffs. That decision didn’t make sense given that Edwards had blasted Ardoin’s plan for the November elections and demanded he return to the emergency plan he put in place for the July and August election cycles.

What happened yesterday was that Dick’s ruling gave a preliminary injunction to the plaintiffs but not for all the marbles like they were asking for. Rather than 13 days of early voting, they’ll get seven under her ruling, with an extra hour and a half for the early-voting polls to be open each day of early voting. She also reinstated the COVID-19 ballot application Ardoin had allowed for the July and August cycles and made it available for the November elections and December runoffs. Plus you can vote absentee by mail according to state law just as you’ve been able to all along.

This probably doesn’t hold up at the Fifth Circuit. Dick very likely gets her wings clipped. Landry is all but certain to appeal.

But what he isn’t likely to do is file an emergency appeal with the Fifth Circuit. The thing is, the Attorney General’s office really isn’t all that afraid of Louisiana essentially using the July/August election rules for November and December. They’ve looked at the numbers from the summer elections and they aren’t convinced Democrats are going to be able to ramp up sufficient mail fraud to affect the outcome of any races.

Here’s who can use a COVID-19 mail ballot, per the July/August rules…

● People at higher risk of severe illness from COVID-19 due to serious underlying medical conditions as identified by the Centers for Disease Control and Prevention (including chronic lung disease, moderate to severe asthma, serious heart conditions, diabetes, severe obesity (BMI of 40 or higher), chronic kidney disease and undergoing dialysis, liver disease, pregnancy, or immunocompromised due to cancer treatment, smoking, bone marrow or organ transplantation, immune deficiencies, poorly controlled HIV or AIDS, and prolonged use of corticosteroids and other immune weakening medications);

● People subject to a medically necessary quarantine or isolation order as a result of COVID-19;

● People advised by a health care provider to self-quarantine due to COVID-19 concerns;

● People experiencing symptoms of COVID-19 and seeking a medical diagnosis; or

● People caring for an identified individual who is subject to a medically necessary quarantine or isolation order as a result of COVID-19 or who has been advised by a health care provider to self-quarantine due to COVID-19 concerns.

In other words, despite some of the legacy media around the state crowing about Edwards’ great victory with Dick’s ruling it’s really a nothingburger as to affect the election.

Democrats aren’t going to steal the CD-5 congressional race from Luke Letlow or Lance Harris thanks to COVID-19 mail ballots.

The Baton Rouge mayor’s race, when it goes to a runoff in December? Worth watching, as it could potentially be close.

That’s really about it.

So why appeal? Well, while the practicalities of this aren’t particularly dire, there is little question it’s worth attempting to preserve Louisiana’s electoral system from encroachment by the Democrats’ never-ending attempts to open holes fraudsters can crawl through, and as we’ve said it cannot be allowed for the New Orleans Post Office to be in charge of ballot security in this state.

Unless, to balance the Democrat tilt of the Post Office, we’re also going to allow local police around the state to pick up ballots and deliver them to the polls. No, that’s not a serious suggestion.

With judges like James Ho, Don Willett and Kyle Duncan laying in wait at the Fifth Circuit, Dick’s ruling will likely get picked apart as a matter of law. But very little in it is worth freaking out about. Dick didn’t throw the Democrats the election in November.