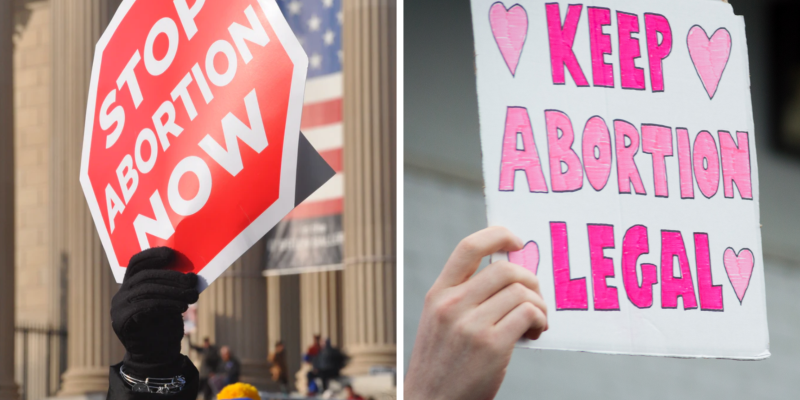 A large issue in the political divide that exists in the United States of America in 2020 surrounds abortion. The confirmation of Louisiana native Amy Coney Barrett to the U.S. Supreme Court has triggered Lefties and one of the main frets has been the possibility of overturning the Roe v. Wade decision which allows for the practice of terminating pregnancies by killing the living, developing human inside a woman’s womb.

Contemporary life looks at the legal practice of slavery with disdain, contempt, disgust, and an inability to rationalize how the practice of slavery was ever deemed acceptable. Outlawing slavery seems like such a no-brainer. It’s perplexing to consider how a civilization founded on freedom and liberty still allowed for the ownership of human beings. However, as history documents, many people not only opposed, but spoke out against slavery long before it was abolished in the U.S. in December 1865.

And that is the segue into abortion. This is where liberals will close the article and refuse to read.

Abortion makes slavery seem humane. It ends human life. Abortion stops a heartbeat. Without the abortion process, a human would be born and therefore, without debate, abortion ends life. According to the laws of God and man, murder is worse than enslavement and mistreatment. The process for an abortion is so revolting and inhumane, many find it difficult to fathom how “Pro Choice” people can support such cruelty.

American Democrats proudly support and loudly argue to preserve the ability to kill babies. The Biden-Harris ticket is the Baby Killer ticket. The only thing Joe Biden and Kamala Harris want to kill more than the American energy industry is unborn babies.

The reality is that abortion practices mass extermination. Today people look back and some pass judgement at slaveholders and label them as the worst examples of Americans. Slavery is often referred to as America’s darkest sin. On a similar plane of reason, abortion is America’s cruelest sin.

In 100 years, civilizations will look back on abortion with disdain, contempt, disgust, and an inability to rationalize how the practice of abortion was deemed acceptable. Like with slavery in its legal days, abortion has a significant portion of the American population that staunchly opposes the termination of human life. Democrats make arguments as to why America should continue to allow the murder of babies, similar to slave owners who made arguments about continuing the practice of owning humans as property.

The Trump-Pence ticket advocates freedom, liberty, lower taxes, domestic manufacturing, stronger borders & immigration, and traditional American values among many other pro-American ideologies. All are good reasons to vote the Republican ticket. The conservative position that favors life over death is also a very logical reason to vote Trump-Pence. Abortion is unquestionably an issue in which time will reveal the Democrats once again were on the wrong side of history, just like with slavery.