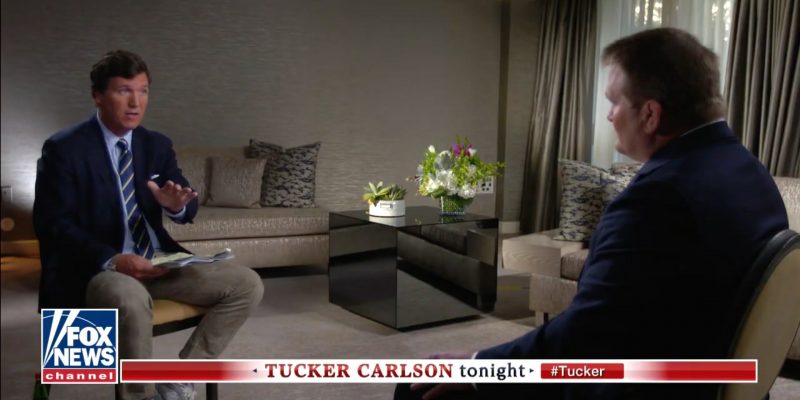 In his bombshell interview with Fox News’ Tucker Carlson, Tony Bobulinski revealed it all including a detailed timeline and personal text messages & emails with all those involved.

Bobulinski, a lifelong Democrat, is a renowned international businessman and a retired Naval officer. His business acumen was the precise reason he was approached by the Biden family, to help them cash-in on their family name in a field none of them had experience in- international business.

“It was never about Hunter,” he said. It was about cashing in on the Biden family name and the influence and power that the Vice President was perceived to weild. When asked about Joe Biden’s claim of having no knowledge of any of his son’s business dealings he replied, “That’s a blatant lie.”

According to Bobulinski, he was asked to meet with Joe Biden in person while he was Vice President as a way of enticing him to take on the role of CEO in a company that would serve as the revenue stream for the family making business deals with foreign companies.

He even reflected on a conversation with Joe’s brother Jim in which he expressed concern over the risks the family was taking especially if a future presidential bid was in play. He recalled Jim Biden’s response, “Plausible deniability.”

An email reveals the breakdown of equity in the business to include “10 for the big guy held by H” which Bobulinski said was a clear reference to 10 percent of shares for Joe Biden to be held by his son Hunter who also frequently referred to his father as “my chairman.” A follow-up text from another associate clarifies that Hunter was “referring to his dad.”

Bobulinski explained that he felt compelled to go on the record after Joe Biden and Congressman Adam Schiff associated him and his family with “Russian disinformation,” a tremendous insult to a family that served 50 years in the U.S. military.

He gave Joe Biden & company ample opportunity to come clean to the American people before playing audio of one of the two primary associates begging him not to go public and saying over the phone, “Tony, you’re gonna bury us all, man.”

Last but far from least, another email from the chairman of a Chinese oil company specifically mentioned a multi-million dollar “loan to the BD family” which he said was a clear reference to the Biden family.

The former Biden business associate did not hold back when asked by Carlson what he thought about Joe Biden’s ability to serve as president given his business entanglements saying, “The Bidens are compromised.”

Brazenly but unsurprisingly, the mainstream media and social media companies have completely ignored the groundbreaking story as they try to run out the clock until Election Day. In fact, even “the full video” on Fox News’ own website is not working.

Interested in more national news? We've got you covered! See More National News
Previous Article Biden’s plan to ‘transition away’ from the oil industry would hurt New Mexico, Texas the most
Next Article Less Than A Week From Election Day, What’s The 5th District Going To Do?