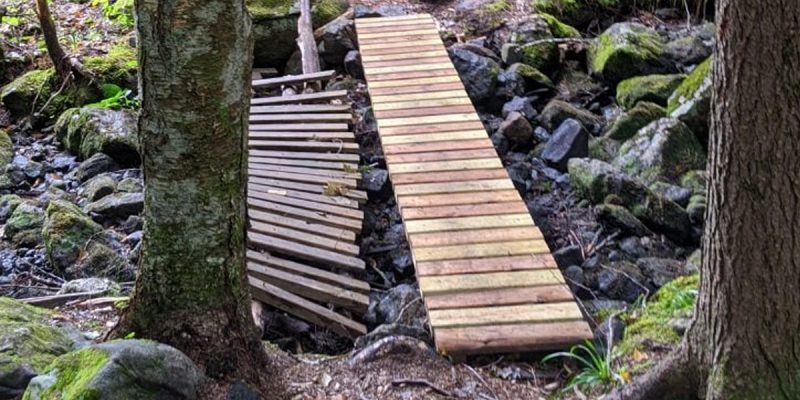 This comes from Windham, Maine, and specifically the city government there. It’s a perfect example of the incompetence and stupidity the public sector is so irritatingly notable for.

Posted by Town of Windham, Maine on Wednesday, October 7, 2020

You see that same mentality at work in New Orleans, when citizens who grow tired of the inaction of the city toward its massive and ubiquitous potholes and aren’t able to attract suitable attention to get the problem fixed by pulling stunts like listing potholes on AirBnb, take care of the problem themselves by pouring concrete into the gaping maws dotting the roadways, only to find themselves bitched out by the local government.

The same thing is happening in Jackson, Mississippi, as well – the city there is griping at pothole vigilantes by saying that the cold patch asphalt folks are getting over the counter to fix potholes only lasts a few months. Well, when it takes a few months – or more – for the local government to get off its ass and do its job, they’ve ceded their ability to complain about the temporary repairs citizens are willing to come out of pocket to make.

And of course that’s what happened in Windham, Maine. The city government let its bridge become dilapidated, unsafe and unusable, so somebody got some wood and some nails and put a workable replacement together. Instead of saying “thank you,” they put out an all-points bulletin looking for the Bridge Vigilante.

Oftentimes, this isn’t quite the incompetence it appears to be. Here’s a for-instance…

A man who spent $20,000 to clean up a rubbish-strewn and weed-filled lot next to his Philadelphia coffee shop is now in trouble with the city for supposedly putting public safety at risk.

Ori Feibush, owner of OCF Realty and OCF Coffee House, said he spent his own money to clean up the neighborhood eyesore next to his business last month. After trying to purchase the 1,600-square-foot lot for years, he said he reached the end of his rope about a week before his coffee shop’s grand opening on Aug. 16.

“I didn’t wake up one morning and spend tens of thousands of dollars to remove blight that was a danger to residents and customers,” he said.

Feibush, 28, had visited the Philadelphia Redevelopment Authority on Aug. 8 to complain about the lot and outline his plan for it. He was told the agency would clean the lot and that he was not permitted to enter it.

“They promised they would get around to it,” Feibush said. “I did not believe I could open up a coffee shop when people couldn’t traverse the sidewalk.”

He said he finally cleaned up the lot out of “frustration,” poured a new sidewalk, and placed a bench and picnic table. He said parents, children and dog-walkers are visiting the property now. Previously, the homeless would sleep behind the nine-foot weeds.

Soon enough, city offcials came out to the lot and called him a “trespasser.”

Feibush told the Philadelphia Daily News that once the city got wind that Feibush had cleaned up the lot, he received an email on Aug. 13 that read, “You are requested to immediately stop all work and return the j-barriers to the original location.”

Paul Chrystie, director of communications for Philadelphia’s Office of Housing and Community Development, said the city had put barriers on its property for the safety of the public and to prevent dumping.

While the property was not in the best condition, it had not been ignored, said Chrystie.

It turns out bureaucrats within the city government were trying to sell that land to some other, connected purchaser for a below-market price. Somebody coming along and cleaning it up screwed up that plan, so they reacted negatively.

The old saw is that you shouldn’t attribute to a conspiracy what can be explained by negligence. Don’t you believe it. Not always. Government is loaded with people who are actively working to make things worse for all kinds of nefarious reasons. If somebody did some digging up in Windham, Maine, they’ll find out why that government bridge was left to rot and why the city got so upset when someone took it on themselves to fix the problem.