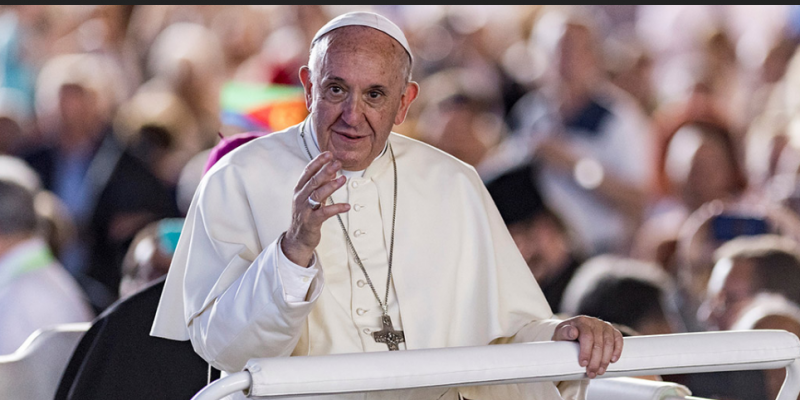 While being interviewed for a feature-length documentary about himself called, “Francesco,” Pope Francis, the head of the Roman Catholic Church, said: “Homosexual people have the right to be in a family. They are children of God.”

The film premiered Wednesday at the Rome Film Festival, one week after a major sex trial began at the Vatican.

The claims against an alleged homosexual priest were made in 2012, first exposed by Italian journalists. Attempts were allegedly made to cover up the abuse, but the Vatican ultimately responded to public pressure seven years later. A Vatican Tribunal served an indictment on July 29, 2019. Last week the charges were read at a hearing. Next week, the trial begins.

Also this month, another sex abuse trial against a homosexual priest is ongoing in Francis’ homeland of Argentina.

Doctrinally, according to Roman Catholic teaching, homosexual acts are “intrinsically disordered.” According to the Vatican’s doctrine office, respect for homosexuals as human beings “cannot lead in any way to approval of homosexual behavior or to legal recognition of homosexual unions.” This statement was signed by the prefect of the office at the time, Cardinal Joseph Ratzinger, who later became Pope Benedict XVI, Francis’ predecessor.

In Francis’ other statements made Wednesday he appeared to break from the teachings of the church he is supposed to head, claiming, “What we have to have is a civil union law; that way they are legally covered.”

Legally, the Vatican has been trying to cover up one sex abuse case that was first brought to its attention in 2012.

This month, the Vatican will hear allegations of abuses committed at the Saint Pius X Preseminary, located inside the Vatican walls and across the street from where Pope Francis lives. The seminary serves as a residence for roughly 12 boys between the ages of 12 and 18 who serve as altar boys at papal Masses in St. Peter’s Basilica.

Don Gabriele Martinelli, 28, is accused of abusing a man one year younger than himself between 2007 and 2012, and the former rector of the Preseminary, Don Enrico Radice, 71, is charged with hindering the investigations against Martinelli, according to local news reports.

At the first hearing last week, charges were read. Next, the court will interrogate the accused at a trial scheduled Tuesday, October 27.

Martinelli, a former senior altar boy at St. Pius X, is accused of “abusing the relationship of trust and authority” he enjoyed in the Pre-Seminary as coordinator and tutor of the seminarians. He allegedly forced the victim LG, “to carnal acts, sodomy, oral intercourse, in different times and places” in Palazzo San Carlo, where the seminary is located.

This case is “the first known time that the Vatican has criminally prosecuted a case of sexual abuse that allegedly occurred within its walls,” the Los Angeles Times reports. The alleged crimes were first reported to the Vatican in 2012.

“The scandal is particularly grave because the allegations of abuse were known since at least 2012 but were covered up for years by the Vatican and the Como diocese until they were exposed by two Italian journalists, Gaetano Pecoraro and Gianluigi Nuzzi, in 2017.

“The pair relied on the eyewitness testimony of the victim’s roommate, Kamil Jarzembowski, who was kicked out of the seminary after first reporting the abuse privately to church authorities in 2012.

“Jarzembowski has said he saw his roommate repeatedly molested by Martinelli at night when Martinelli would enter their dorm room. He has said the molestation began when both Martinelli and the victim were minors and continued after Martinelli turned 18.”

In Francis’ homeland of Argentina, cases of homosexual priests and bishops abusing men and children have slowly, but vigilantly, been prosecuted.

This month, a homosexual bishop in Argentina is undergoing a canonical trial after being criminally charged with sexually abusing seminarians. The prosecutor’s office in Salta says Bishop Gustavo Zanchetta could face three to 10 years in prison for “aggravated continuous sexual abuse committed by a minister of a religious organization.”

Zanchetta attempted to return to Rome but authorities confiscated his passport and banned him from leaving Argentina, according to local news reports.

Last year, two priests were finally found guilty for sexually abusing deaf children at the Antonio Provolo Institute for Deaf and Hearing Impaired Children, located in Lujan de Cuyo, a municipality in northwestern Argentina. They were sentenced to more than 40 years in prison.

A three-judge panel in the city of Mendoza sentenced the Rev. Nicola Corradi, 83, to 42 years and the Rev. Horacio Corbacho, 59, to 45 years for abusing children. The school’s gardener, Armando Gómez, was also sentenced to 18 years in prison.

They were found guilty on 20 counts of abuse, including rape, which occurred over a period of nine years between 2005 and 2016. Ten victims were former students and all minors at the time of their abuse. The school is now closed.

Anne Barrett Doyle, co-director of the abuse-tracking site, BishopAccountability.org, has provided an extensive list of modern-day abuses committed by homosexual priests and bishops, among whom many are pedophiles. The website contains a database of accused and criminally charged men who can be found through a search by last name or by diocesan map.

The site posts “all publicly available documents that are relevant to the Catholic abuse crisis,” and is heavily endorsed by law enforcement, scholars, and experts in the field of clergy sex abuse.The information listed is only a “sample of the many important investigative reports on the crisis, with the original photos, maps, and charts,” the website states.

People can sign up for an “Abuse tracker” or newsletter, and also read survivor accounts, find out which diocese or priest settled a case or were criminally charged, and which seminaries are involved both in the U.S. and internationally.