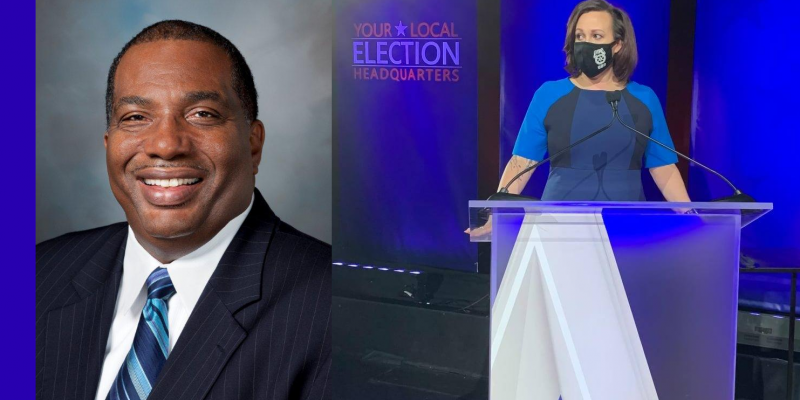 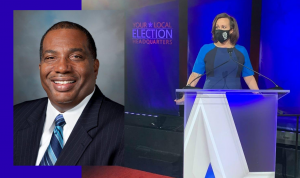 According to Jonathan Tilove, the chief political writer for the Austin-American Statesman, West, the longtime black legislator from Dallas, has no intention on voting for her.

It gets worse. As Tilove reached West at his home for comment and learned he was watching Game 5 of the NBA Finals and note the debate, West had some choice words for his former rival. According to the Statesman:

“… she’s had a problem all along with Black folks, I mean realistically, a real problem.”

“… I know a lot of people not voting for her.

“… MJ Hegar has my cell phone number and she has not called me for support [though this quote is second-hand].”

West, who finished second in a high-profile Democratic runoff in July — by a margin of around 30,000 votes out of a million cast according to moderator Gromer Jeffers. Jeffers spent significant time digging in to the duo on stage, asking their thoughts on “systemic racism” and whether Hegar or Cornyn had “searched their hearts” to determine if they were guilty of such a sin. Cornyn turned the tables by suggesting that Hegar was disrespectful of West: “There’s a reason why Royce West doesn’t call up M.J. Hegar. Because the way she treated him during the primary, she basically suggested that the state senator, an African-American, a successful lawyer — the only way he could attain that was to be corrupt. And that’s the way she treats people.”

Hegar responded to Cornyn’s barb by saying she had respect for West.

Hegar, dubbed “Hollywood Hegar” by critics for her entertainment media supporters and financiers in her 2018 Congressional race, is engaged in a high-stakes race fueled by plenty of out-of-state donors. She appears in television advertisements highlighting her experience as a medical chopper pilot in Afghanistan and being an all-around tough girl who rides motorcycles but cares for her family.

Cornyn has also been airing ads around the clock, mostly portraying his compassionate side including his work to assist rape victims. Team Cornyn took quickly to Twitter on tonight’s revelation:

Royce West won't vote for MJ Hegar: `She's had a problem all along with black folks'https://t.co/reJ1S0Dxrr

We could find no response by Hegar at the time of writing.

Cornyn and Hegar are opposed by Green Party nominee David B. Collins, Libertarian Kerry McKennon, and write-in
Ricardo Turullols-Bonilla. Neither of the longshot candidates appeared on the debate stage.

From the hip: Though Hegar trails Cornyn by about 8 percent (depending on which polls you believe) tonight’s news will do little to solidify her lead among the swing voters whom her out-of-state sponsors so badly wish to convince in an effort to flip Texas. If anything, Hegar now has quite an albatross around her neck: of the same kind of privilege and systemic discrimination she accused Cornyn of — regardless of whether either candidate deserves the critique. This may not affect the final outcome of the election but will certainly harm her chances of higher performance on election night or chances on being a poster child for the Texas Democratic Party (or a siphon for out-of-state funds in 2022 or 2024).

Watch for some intervention by state party officials over the weekend or on Monday.

Interested in more news from Texas? We've got you covered! See More Texas News
Previous Article Some Of These Campaigns In Louisiana Really Need To Do Better Than This
Next Article APPEL: A Tale of Two Presidents and Louisiana’s US Senate Race