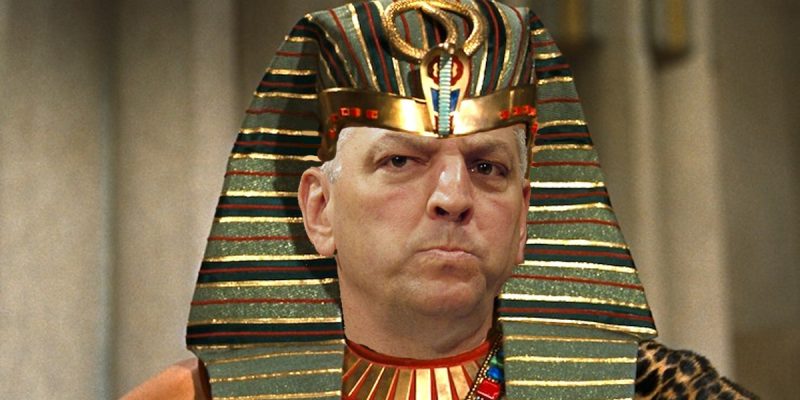 We don’t yet have a Moses to lead our people out of bondage, which is problematic. After all, like Pharaoh, Democrat Gov. John Bel Edwards hardened his heart and would not let the Louisiana people go.

Exodus 8:32 provides an apt description of Edwards as last week he continued the madness of overbroad economic and behavioral restrictions he placed on the state’s population ostensibly to combat the Wuhan coronavirus pandemic, extending these with just a few slightly reduced for another four weeks – ending just after fall elections Nov. 3.

Despite evidence of a better approach that causes better health outcomes with less economic damage and to people’s lives, he stubbornly refuses to follow the science and scale back the restrictions. As of the weekend, Edwards’ approach has produced the most cases per capita and fifth-most deaths per capita among the states. Fortunately, current hospitalizations have fallen to the lowest level since almost at the pandemic’s beginning, now down to twentieth per capita – which undercuts the argument that stringent strictures prevent overwhelming the health care system’s capacity.

And, unlike many other states, he’s not likely to jettison the heavy-handed approach when the current orders expire, repeating his threat that restrictions wouldn’t be changed much until a vaccine is available. Other states’ governors whose restrictions are about as onerous as Louisiana’s or worse likely will. Almost all are Democrats, and part of the strategy of Edwards and his ilk has been to use the lockdowns to depress economic indicators to make the records and policy preferences of fall Republican candidates look worse.

That imperative disappears after the election, and at the national level if Democrats can seize power in all branches of government then they will try to inflate artificially national economic performance by the numbers for elections in 2022 to avoid midterm elections wipeouts they suffered in 2010 and 2014. In almost all of these states, Democrats control all branches of government, so pandemic politics don’t apply in the struggle for power within their states.

Not so in Louisiana, where Edwards remains outgunned with all other state elected officials and plenary bodies in Republican hands, backed into a corner with just a few big city Democrat mayors as allies. With his policy agenda trashed by the GOP-led Legislature this year plus his humiliating acceptance of policies he dislikes, he has every incentive to continue ruling by decree with its minimal chance of legal interference. The longer he can keep this up, the better chance he has of creating a political environment more to his liking that prevents right-sizing of government and commensurate reduction in the ability of statists to command and control. With himself already at such a disadvantage within state government in terms of power relations, it won’t take much enhancement through crisis rule to improve his situation.

In the current special session, Republicans are attempting to place more checks on the nearly-unfettered ability of the governor to rule by decree in crises, which if it goes according to plan could clip Edwards’ wings right around the expiration of the ghoulishly long-lived restrictions. However, feet of clay among their legislative leadership could end up sabotaging the whole effort.

If this fails, legislative Republicans need to use the one provision at hand to stop the insanity, a petition by a legislative chamber majority to overturn the public health emergency. Increasingly, it’s not the restrictions that cause any improvement in health indicators, but rather the ongoing acquisition of herd immunity that, with Louisiana having the worst ravishment of any state, is farthest along in Louisiana overall than any other state, thereby reducing the most of all the need for any restrictions other than those that directly protect the vulnerable population.

The Edwards restrictions long have produced more harm than good – causing loss of livelihoods leading to excess deaths, increasing pressure for future needless tax increases, and simply serving as an affront to human rights and dignity. Unless more rational heads prevail, this brand of bondage will continue in Louisiana for the foreseeable future.