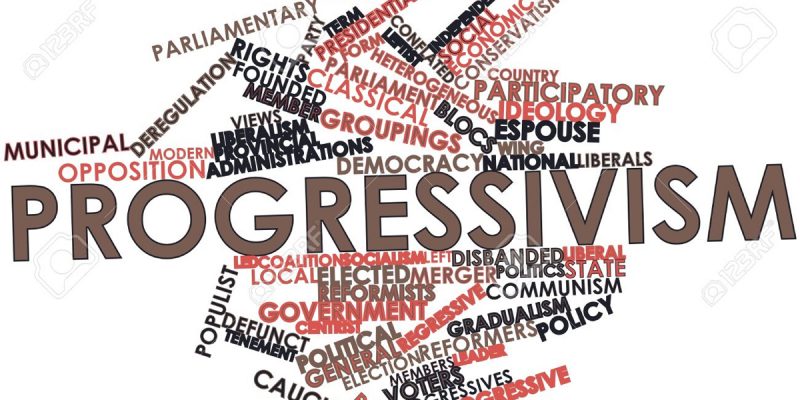 I am a fervent conservative with a passion for societal progress. I am not a progressive.

Am I saying that those who consider themselves progressive are engaging in counter-progress?

Perhaps they are naïve enough not to understand that, but facts do not lie and after more than a century of American progressivism the facts are that it is an abysmal failure.

Worse, perhaps so many naïve Democrats fail to see, or simply ignore, that the platform of the progressive movement has morphed into an effort to end our socio-economic essence and its replacement with a collective socialist essence.

Let us look at a case study close to home here in Louisiana. We suffer some of the worst education outcomes in the nation. The direct results of failure in this critical arena are poverty and overwhelming social ills. Year over year we hear progressive Democrats decrying these miserable outcomes, but always blaming them on undefined political evils such as inequity, racism and now the newest one, whiteness.

What Louisiana progressives lack by the substitution of the politics of fear for well-grounded logic is introspect. They use the failures of our state education practices, practices that they helped erect and now sustain against well intentioned reform, to attack their political opponents. But at the same time, they ignore deep systemic faults that they could, if they chose to, address. For instance, progressive policies over the generations have resulted in the demise of the traditional family structure and the acceptance as a new societal norm of out-of-wedlock child-rearing, without a doubt one of the most impactful detriments to quality education.

In a Darwinian sense, the evidence is irrefutable that after uncounted millennia of human social evolution the traditional family structure survived as the most successful model of human relations. Simply put, traditional family structures worked, and broken family structures failed. Until the progressive wave starting in the middle of the 20th century, the intact family model was the widely accepted path to success in child-rearing, education, and economic wellbeing. When families are intact there is income enough to support a good lifestyle, burdens are shared, children are disciplined, and education becomes paramount and is not just sloughed off to teachers.

To a progressive, family has come to be defined in a myriad of non-traditional ways, but as to the expectation of a positive future for children perhaps the worst is the broken family. In doing so they ignore the historical winnowing effect that traditional family structures have survived and that non-traditional family structures have not. The result of progressive defense of broken families is a massive demand for government support to keep them afloat and a staggering failure rate of education and other social outcomes.

Ironically one of the strongest supporters of progressive Democrats in Louisiana has always been teacher unions. These are the very same teacher unions whose members see day to day the negative impact that progressive policies have had on children. This is what I meant when I said progressives lacked introspect. Why would anyone who works on the front line of education ever support those who enhance the societal problems that spawn the high failure rate amongst our most vulnerable? But they do, over and over again.

I support aggressive progress in human society. I support real improvement in education, not the usual drivel we hear at election time. I support education progress driven by the fundamentals, high standards, accountability, and parental choice. I support real efforts to make prosperity of our people the rule and not the exception. I support real advancements in healthcare for all our people, I do not support massive government structures that do more to enrich the providers than they do in creating a healthier society.

I support bold scientific research that will lead to a betterment of mankind, not the politically driven forms of scientific and engineering work that end up costing taxpayers a fortune and go nowhere. I support building infra-structure based on long term need and at the best cost for the taxpayer, not based on politics or driven by a desire to help union supporters or other political allies. I support leadership that exhibits demonstrable vision, determination, and a fundamental belief that once unfettered freedom prevails the potential of mankind is limitless.

These causes define progress, but not progressivism. That is why as a strong conservative I am a strong proponent of progress; deep, meaningful, and sustainable progress. Proclaiming adherence to progressivism, while supporting policies that have done great harm to society and that promise evermore societal decline, is an anathema to our nation and its people.

We must have progress, but we must not confuse that with the political nature of progressives and progressivism!