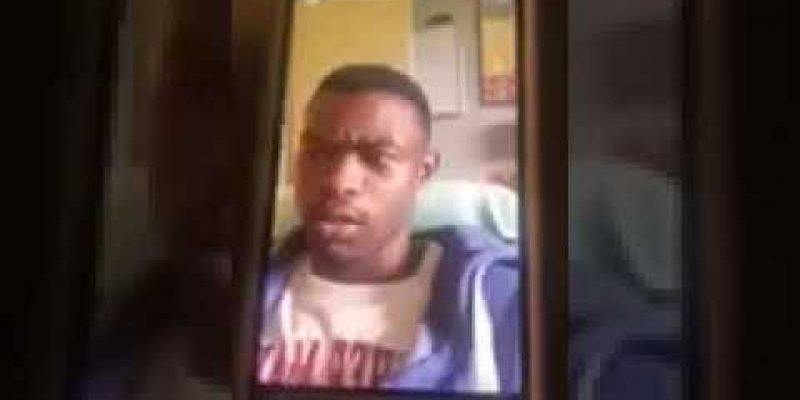 UPDATE: Ursuline Academy issued a statement to the effect that the teacher “will not be returning to campus.” He has been removed from their faculty directory. Commendations go out to the school for taking action to police this hair-raising conduct.

ORIGINAL: A controversy is brewing at the all-girls Ursuline Academy in Uptown New Orleans involving French teacher Raymond Price, III. Several of his videos that were posted online have been discovered and have circulated among Ursuline students, parents, and staff.

In the videos, Price expresses his utter contempt for President Donald Trump and his supporters. To Trump supporters who attended a Make America Great Again (MAGA) rally, Price said that he “hopes that there was some asbestos lingering….and that you get mesothelioma, and your lungs are fried in the future.” For those who have ever uttered the phrase “All Lives Matter,” Price said that he hopes “your vocal cords fry before you turn 40.”

To highlight the seriousness of his statement, Price declared “I mean that with every ounce of disrespect I can muster up in my body.” In case anyone was confused, he emphasized with profanity, “F**k all of you, everyone else have a nice day.” To showcase his foreign language skills, Price also cursed the Trump supporters in French.

Incredibly, Price was not finished as he continued to lambaste President Trump as someone who “gave racists a platform.” This charge is frequently uttered by leftists in the media and the Democratic Party. Of course, there is no evidence for this ridiculous comment.

In fact, President Trump increased funding for Historically black colleges and universities (HBCUs), supported the First Step Act which instituted serious criminal justice reform, and established Opportunity Zones to spur investment in minority communities. A racist would not have celebrated historically low African American unemployment rates or the fact that millions of people no longer needed food stamps in his booming economy.

Before concluding his set of hate filled videos, Price admitted that neither former Vice President Joe Biden nor his running mate, U.S. Senator Kamala Harris (D-CA) are perfect. However, he claimed that at least they were not “Nazi sympathizers who wanted to spread hate.” To label a President with a Jewish daughter, son-in-law, and grandchildren in such a disgusting way is plainly ignorant.

If there are any Trump supporters in his class, these students certainly must feel uncomfortable. They also certainly worry about whether they will receive a fair grade from a person filled with “Trump Derangement Syndrome.”

In response to the scandal, Ursuline Academy sent a letter to their parents vowing “to conduct an investigation into the matter.” What is there to investigate? He clearly made the remarks, so it will be determined whether it is acceptable to Ursuline Academy to employ a teacher that viciously denigrates President Trump and the 59% of the voters of Louisiana who supported him in the last election.

If Mr. Price were a conservative and made such remarks about former President Barack Obama and his supporters, it is doubtful there would have been any investigation, as he would have been immediately fired. Unfortunately, in classrooms around the country today, students receive a steady diet of liberalism presented by leftist teachers. Conservatives need not bother applying for positions as teachers today, as very few will ever be hired.

While the “investigation” moves forward, parents have been assured that Mr. Price would not be on the “campus.” Either he is suspended or teaching remotely, but his name still appears on the school’s faculty directory.

In his bio, it shows that Price also “runs stats for the New Orleans Pelicans.” This begs a question for team owner, Gayle Benson. Inquiring minds what to know, are you comfortable employing such a Trump hater on your payroll?