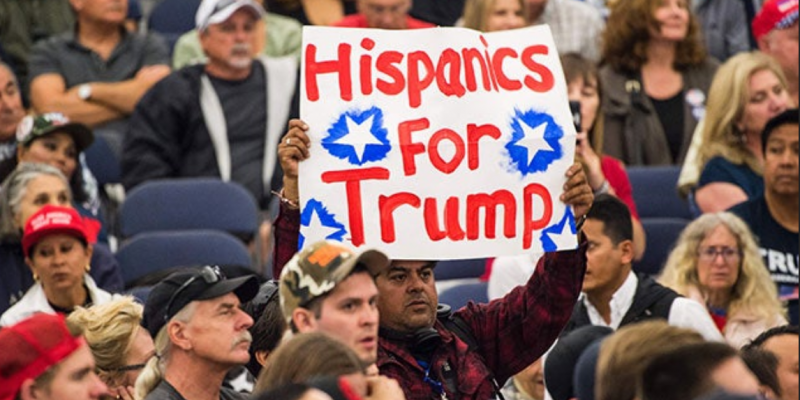 More Hispanics voted for President Donald Trump on Election Day, helping him secure wins in Texas and Florida, the second and third-largest states by population, respectively.

Sen. Marco Rubio, R-Florida, also tweeted that the future of the Republican Party is “a party built on a multi-ethnic multi-racial coalition of working AMERICANS.”

According to an Edison Research national exit poll, Trump’s support in 2020 increased among Asians, Blacks and Hispanics by 4 percent each.

Roughly 26 percent of Trump’s voting share came from nonwhite voters – the highest percentage for a Republican presidential candidate since 1960.

Precinct-level analysis shows gains in Florida were concentrated in Hialeah and Miami’s west side, where Americans live who are predominantly of Cuban, Central American, and South American descent.

Roughly half of Trump’s 2020 margin of victory in Florida came from the increased voter turnout among Hispanics in Miami-Dade County alone.

Trump’s support from Texas Hispanics increased from 34 percent to 40 percent.

A record 20 counties with large Hispanic populations shifted in their increased number of votes for Trump.

In Starr County, the most Hispanic in the country, with 99 percent of the population identifying as Hispanic, support for Trump increased by more than 28 percent.

Twenty Texas counties recorded swings toward Trump of 10 points or more. They are all majority Hispanic; 17 of them are more than three-quarters Hispanic.

Seven of these 20 Trump-shifted Hispanic counties are located along the Texas-Mexico border; 12 are located roughly 100 miles from the border.