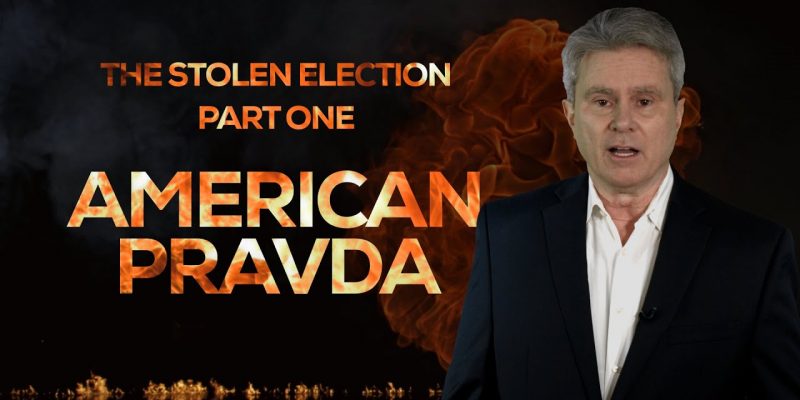 We come back to Bill Whittle often, and for a reason – his stuff is fantastic. But Whittle is usually cheerful and humorous in his presentations, and in this one he isn’t.

Why? Because Whittle happened upon a segment South Dakota governor Kristi Noem did with Democrat operative and ABC News anchor George Stephanopoulos, whose existence in that job at that network is more than curious; it’s an assault on the goodwill of the American viewing public, and was horrified by what he saw.

Stephanopoulos berated Noem in the segment for not accepting Joe Biden as “president-elect” while castigating her for COVID cases rising, which is, as the legacy media narrative goes, a function of Noem’s refusal to shut the state down. He demands that she “work with” the “president-elect” on the virus, which is tantamount to a dictate that she get in line behind Biden’s national economic shutdown to come.

Noem isn’t having it, and scorches the anchor for his trouble, but that isn’t the point. The bias and dishonesty of ABC News is.

And as Whittle notes, the tweet ABC News put out promoting the segment, beside the fact it’s written by an abject illiterate, is packed with untruths. Like for example, that Noem is the governor of North Dakota rather than South Dakota.

The biggest problem here, though, is found within the interrogation Stephanopoulos conducts of Noem, in which he scolds her by saying there is no evidence the failed 2020 election was full of irregularities and fraud. That is a very obvious lie, as it’s quite clear there was widespread fraud contained within the mail ballots in, at the very least, Michigan and Pennsylvania, there have been sworn affidavits by the hundreds containing allegations of shocking abuses within the vote-counting facilities, it’s a fact that Republican poll-watchers were kept either out of vote-counting facilities altogether or at least far enough away that they couldn’t see ballots counted – particularly in the middle of the night and early in the morning on Nov. 4, when after shutting down vote-counting on Election Night there were all of a sudden hundreds of thousands of votes showing up for Joe Biden and none for Donald Trump.

Stephanopoulos isn’t alone in saying there is “no evidence” of a stolen election. It is the media’s Narrative Wall post-election; all of them are now saying it and loudly attacking anyone who begs to differ. It’s an organized campaign of suppression aimed at drowning out opposition to the failed 2020 election.

What’s the old trope? The revolutionaries head first to the TV station and take over the broadcast. Well, in this case they didn’t have to. They’ve been in control for a long time.

Whittle gets it. He sees it. And he’s pissed about it. As you should be as well.