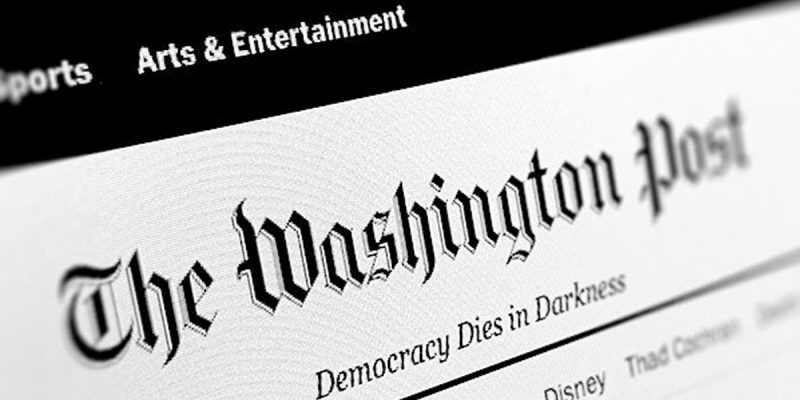 Take, for example, the story the Post ran over the weekend which alleged that the Trump campaign is no longer contesting the 700,000 ballots in Pennsylvania which were counted with no poll-watchers on hand. That was an obvious lie by the Washington Post, as those 700,000 ballots and the circumstances by which they were counted are no doubt a key part of the President’s legal strategy, but at this point one almost has to calibrate public political statements based on the lies to be told about them by the Post and the rest of the legacy media.

On Sunday night, the Washington Post ran a complete mischaracterization of the Trump campaign’s litigation in Pennsylvania, erroneously claiming the campaign had dropped the claim of nearly 700,000 ballots processed illegally and in secret. The campaign did no such thing.  In fact, because of a Friday ruling by the Third Circuit Court of Appeals in an unrelated case, the campaign strategically decided to restructure its lawsuit to rely on claims of violations of the Equal Protection Clause of the 14th Amendment to the U.S. Constitution. The claim that 682,479 ballots were improperly processed and counted is still very much part of the suit.

Paragraph 4 of the amended filing reads: “Allegheny and Philadelphia Counties alone received and processed 682,479 mail-in and absentee ballots without review by the political parties and candidates. These are unprecedented numbers in Pennsylvania’s elections history.  Rather than engaging in an open and transparent process to give credibility to Pennsylvania’s brand-new voting system, the processes were hidden during the receipt, review, opening, and tabulation of those 682,479 votes.” See also paragraphs 132-150.

References to the improperly counted ballots are repeated throughout the filing, with paragraph 150 specifically stating that all factual allegations in the preceding paragraphs are incorporated within the Equal Protection claim.

“We are still arguing that 682,479 ballots were counted illegally, in secret,” said Tim Murtaugh, Trump 2020 communications director. “Our poll watchers were denied meaningful access to watch the vote counting and we still incorporate that claim in our complaint. Unfortunately, fake news activists rushed to print their clickbait headlines, apparently without even reading the lawsuit. That’s lazy journalism at best, but more likely intentionally misleading.”

Rudy Giuliani, personal attorney to President Trump and coordinator of the campaign’s legal strategy, said, “It’s routine for attorneys to file amended complaints to tighten the claims. We simplified the suit so it is more focused and narrowed. This is part of the process. Clearly the reporters at Washington Post have a reading deficit.”

The lawsuit also claims violations of the Equal Protection Clause because some voters who mailed in ballots in Philadelphia were alerted by election workers that their ballots may have contained mistakes or defects that would cause them to be rejected. Those voters were given the opportunity to cast provisional ballots in the event that their mailed ballots were thrown out. Voters in other counties of Pennsylvania were not afforded that same opportunity.  In addition, since the Philadelphia voters were forewarned that their ballots could be defective, it is an indication that poll workers were pre-canvassing those ballots prior to Election Day, which would be a clear violation of Pennsylvania law.

Yes, you could say Team Trump isn’t being clear enough in its messaging. Is that really a fair characterization when the campaign isn’t covered fairly or honestly?

It’s instructive that despite the nonstop lies and propaganda by the Post and other legacy media organs, the majority of Americans are not convinced Biden fairly won the 2020 election. They’ve got less credibility and authority with the American people than ever before.