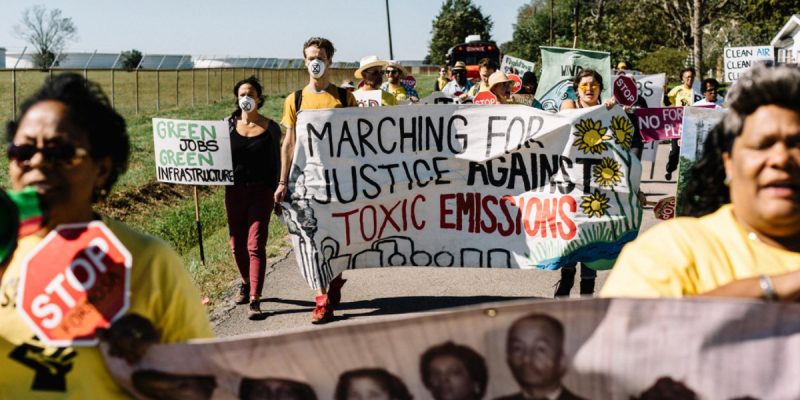 If you missed this yesterday amid all the presidential election stuff, not to worry – we’re here to clean it up for you. It appears the “transition” away from oil and gas and the new Green New Deal economy Joe Biden told everyone was coming isn’t even waiting for Slow Joe’s theft of the 2020 election to be completed.

No more industrial development, boys and girls. And no more jobs to come with it.

The Army Corps of Engineers is considering whether potential environmental impacts require it to change, suspend or revoke the permit for a $9.4 billion plastics complex planned in Louisiana by a Taiwan company, U.S. Department of Justice lawyers said Wednesday.

The Corps plans to explain by Tuesday why “the intended construction activities authorized under the permit … may not proceed,” said a motion filed in U.S. District Court in Washington, D.C.

“I’m overjoyed by this news. This hopefully marks the beginning of our victory over Formosa Plastics,” Sharon Lavigne, who formed Rise St. James to fight the company’s plans, said in a news release with others who sued to stop the project.

“FG has worked cooperatively with the Corps throughout the permit process, and will continue to cooperate with them to provide any additional information they may need from FG,” spokeswoman Janile Parks said in a statement. “The company has been very diligent to make sure it has done everything required to ensure proper issuance of, and compliance with, it’s permits and will continue to do so.”

Environmental and community groups sued to overturn the permit, saying the Corps took only a cursory look at probable environmental effects of the complex called The Sunshine Project after the nearby Sunshine Bridge.

Thursday was the deadline for the government’s reply to a request for Judge Randolph Moss to decide the case against the Corps without a full trial.

The Justice Department instead asked him to hold off on further proceedings while the Corps reevaluates parts of the environmental review under the Clean Water Act.

“It’s kind of a wild turn,” said Julie Teel Simmonds, a senior attorney for the Center for Biological Diversity, which filed the lawsuit for itself, Rise St. James and two other groups.

She said the motion indicated the permit had been suspended, although FG LA spokesman Jim Harris said it was not. The Corps declined to comment on the pending litigation.

All of the old conservative pundits – the NeverTrumper crowd – are running around today, now that they think Biden has stolen the election, telling their audiences that it’s fine, that nothing bad will happen with Biden as the president because there are Checks and Balances.

This, not their platitudes, is an indication of what’s to come. Death of an economy by administrative fiat.

All of the poors in St. James who got themselves good and ginned up by out-of-state leftists on the subject of “environmental racism” who’ll be celebrating the victory over the terrible chemical company wanting to build a plant and employ hundreds of people will be lining up for welfare in six months and wondering how come there are no jobs.

It’ll be a mystery.

The jobs will be in China, y’all. And if you think the Formosa plant in St. James was bad for the environment, wait until you see its replacement in Dongguan.

Interested in more news from Louisiana? We've got you covered! See More Louisiana News
Previous Article Louisianans voted for 5 of 7 constitutional amendments including affirming that abortion is not a right
Next Article Could Billy Nungesser Be The Beneficiary Of Biden’s Stolen Election?