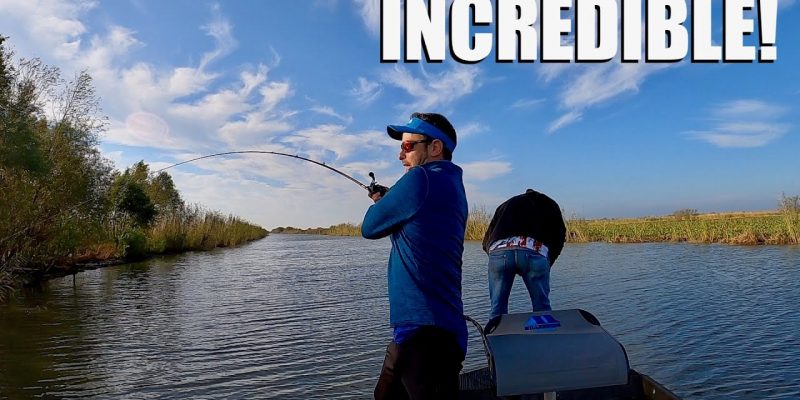 Every autumn, the Mississippi River gets slower than a 1990s-era Corolla driving in the left lane. Runoff from spring snow-melts and summer thunderstorms have already worked through the system, and high, blue autumn skies don’t leave much for nature to squeeze out of the sponge.

So at the mouth of the river, the Big Muddy becomes anything but.

Water pushes in from the Gulf, and the river no longer has the energy to hold up all that silt. It drops it, and the water column, from top to bottom, becomes the most beautiful shade of translucent green.

Not only that, but the same river that spent months spilling over its banks becomes contained within them, and that’s REALLY bad news for the area’s ridiculously large bass population.

With nowhere left to hide, the fish are forced to congregate in silly numbers in bayous, canals and passes, where they become sitting ducks for visiting anglers. The action becomes world-class. Literally. It’s some of the best bass fishing available anywhere on the globe.

For years, Madisonville angler Jeff Bruhl and I have been regaling my son Joel with stories of Venice’s fall bass run, and have tried to get him down there to experience it. But the boy’s luck has been worse than the Cleveland Browns when drafting a quarterback.

Over the last three years, we’ve had the trip scheduled no fewer than a dozen times, but have had to cancel — often because of tropical events. The Weather Channel could have called us to make hurricane forecasts based simply on the days we had circled on the calendar. It became downright laughable. Bruhl even bought Joel a voodoo doll, complete with pins, to try to change his juju.

That must have worked because finally the trip actually happened last week, and it was so good, Joel said it was like a religious experience. The trip didn’t meet his expectations; it exceeded them.

Such is Venice in the fall.