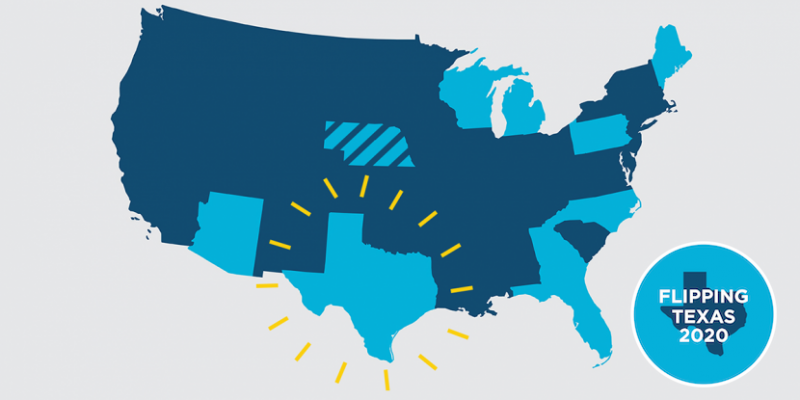 President Donald Trump won Texas after a long night of counting votes and glitches with the state Secretary of State’s Office Election website. Trump won 52.3 percent of the vote compared to Democratic challenger Joe Biden’s 46.3 percent, with 96 percent of counties and 64 percent of precincts reporting around midnight.

In the U.S. House, 21 Republican incumbents were poised to win reelection, with 19 confirmed wins around midnight. Democrats confirmed 10 wins. Overall, 7 races remained too close to call.

In the House, Republican and Democratic incumbents largely won reelection, with Republican Chip Roy barely edging ahead of Democratic challenger Wendy Davis, getting 52 percent of the vote with the race still not called into early Wednesday.

In races where no incumbents were running, Republicans picked up two seats in Districts 13 and 17, with Rodney Jackson, a retired United States Navy rear admiral who served as physician to the president from 2013 to 2018, getting 80 percent of the vote, and Pete Sessions getting 55.9 percent.

In District 23, even though Republican Tony Gonzalez received 51.5 percent of the vote, the race was still not called.

Other races too close to call were in District 22, where Troy Nehls (R) received 50.79 percent of the vote and Sri Preston Kulkarni (D) received 45 percent, and in District 24 where Beth Van Duyn received 48.98 percent and Candace Valenzuela received 47.45 percent.

If neither candidate receives 50 percent of the vote, a run-off election would be scheduled. In both races, multiple candidates were on the ballot.