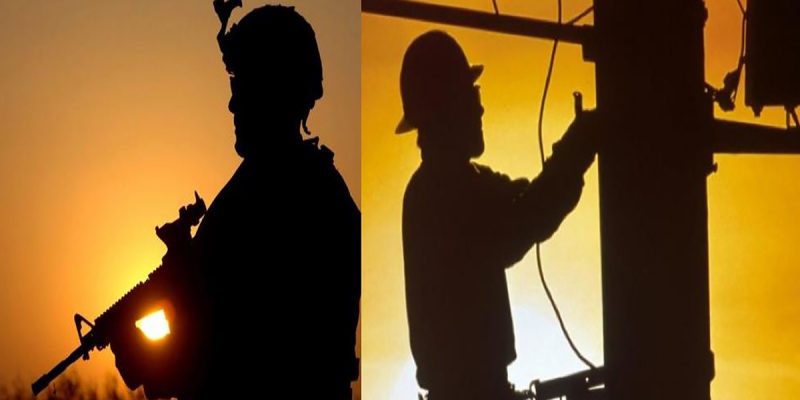 Residents of the Gulf Coast this year have experienced an extremely challenging hurricane season with more named storm landfalls than ever previously recorded. Many thousands have experienced damage to their homes and businesses and even more have experienced power outages of varying lengths of time. Even those personally unaffected who traveled the interstates and highways in the Gulf South region over the past three to four months have undoubtedly witnessed the convoys of utility trucks transiting to and from the region nearly every day.  ALL of these observers should have come to realize one thing when they watched these utility workers in action: that these are real heroes – and truly “Emergency Response Providers.”

Thankfully, at least two residents of the region realize this – and they happen to be in a really good position to do something about it.  Last month, U.S. Senator John Kennedy and U.S. Representative Clay Higgins, both from the storm ravaged Louisiana, introduced a simple, single paged bill that would officially designate utility line technicians as emergency response providers.

The legislation amends the Homeland Security Act of 2002, which was signed into law by President George W. Bush after the attacks of September 11th, 2001 with a number of important provisions meant to help the nation defend against terrorist attacks and respond to large-scale disasters and emergencies.

The Kennedy/Higgins legislation simply adds to the definition the following:  “‘utility line technicians responding to a major disaster or an emergency declared by the President under section 501 of the Robert T. Stafford Disaster Relief and Emergency Assistance Act (42 U.S.C. 5191).’’

Why is this so important? Not only to properly recognize these heroes, but for a very real and functional purpose – to expedite their ability to respond in emergencies and to access disaster areas.  Currently, electric utilities such as Entergy must generate “Letter of Access/Invitation” documentation for their employees to provide to law enforcement or other jurisdictional authorities to verify their affiliation with the company and their need for freedom of access to during a crisis. With the veracity of 2020’s hurricane season, Entergy’s documentation lists three named storms: Hurricanes Laura, Delta, and Zeta.

Unknown at the moment is whether this legislation will require the utility industry to conduct any additional scrutiny in the hiring of their employees or require them to undergo any additional training.  Entergy already requires 100% of its employees to be certified annually in administering lifesaving Cardio Pulmonary Resuscitation (CPR) and operating an Automated External Defibrillator (AED). Were the new legislation to require additional security background checks for utility employees, this would not be a negative consequence. Those with knowledge of how to restore our life-sustaining electric grid would also be in the best position to know how to take it down. Indeed, the utility industry is one where we absolutely cannot afford to have “insider threats.”

Ultimately, this legislation illustrates a true reality – that electric utility workers are real heroes, and not just in the wake of the hurricanes that recently plagued the Gulf South. I have personally served in the Marines for nearly two decades and when thanked for my own service, I consistently remind people that nothing I ever did in uniform, or will ever do, can really make a difference in the daily survival of Americans and their families. Those who keep the lights on, though, hold our nation’s welfare, and our very survival, in their hands every day. Learn more about this reality at www.SecureTheGrid.com

Correction: This article was originally posted crediting Senator Bill Cassidy with sponsoring the legislation which was an accident made by the author and subsequently corrected.

Tommy Waller serves as Director of Infrastructure Security at the Center for Security Policy.  Tommy manages the Secure the Grid Coalition – a group of policymakers, defense professionals, and activists working diligently to secure America’s most critical infrastructure – the U.S. Electric Grid.  Prior to joining the Center, Tommy served in the U.S. Marine Corps as an Infantry and Recon Officer with combat service overseas in numerous theaters.  His full bio can be found here.