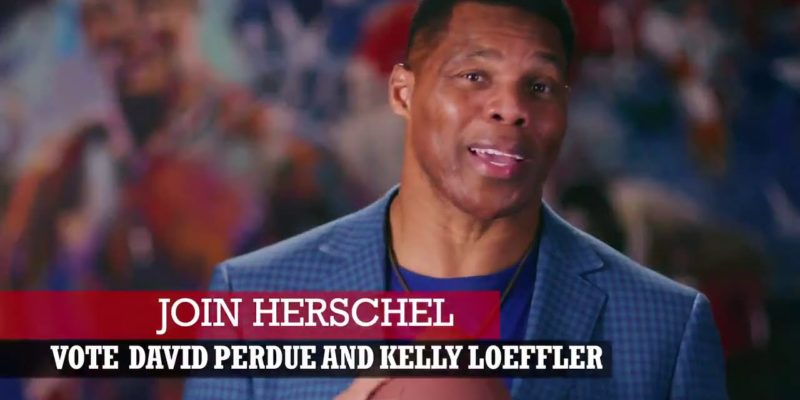 Republican U.S. Senators David Perdue & Kelly Loeffler received a much appreciated boon to their campaigns on Monday as they both received the endorsement of retired NFL star and Georgia native Herschel Walker.

In the 30-second video, the trio are seen passing a football as they decry the rise of socialism. The endorsement comes as both Senate races appear to be too close for comfort and the balance of power hangs in the balance.

The Trafalgar Group, a reliable Republican-leaning polling firm, has released the results from their most recent survey on the race which shows a narrow lead for both senators. Loeffler leads Raphael Warnock by six points with a 52 to 46 percent lead among likely voters. Perdue leads Jon Ossoff by a mere two points with the survey illustrating a 50 to 48 percent lead. Two percent of respondents were undecided on both races.

Early voting ends on Thursday and Election Day is January 5. Registered voters can request a ballot by mail until Friday. President Trump has announced that he will travel to the battleground state to hold a rally in support of Loeffler and Perdue on the eve of the election on January 4.