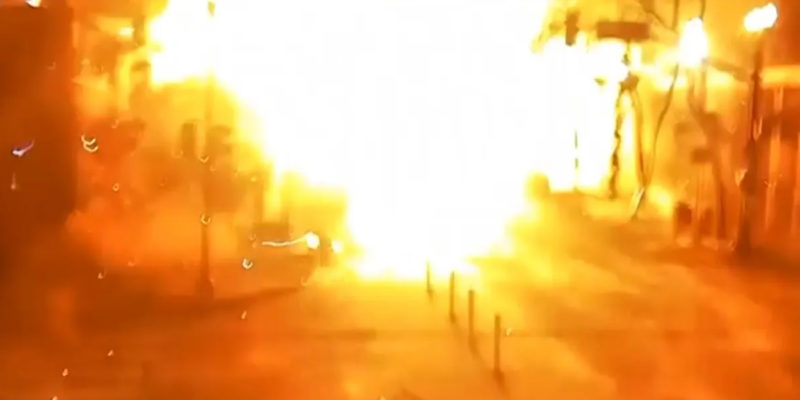 For more than 24 hours, the Christmas morning bomb blast in downtown Nashville, Tennessee knocked out emergency communications, as well as internet and cellular service for AT&T customers in a shockingly large area.

The fact that a relatively small vehicle-borne improvised explosive device (VBIED) outside an AT&T transmission building was able to inflict so much damage to critical communications infrastructure should be of concern to all Americans, but especially to state and local officials.

The cellular and internet outages ranged from inconvenient to catastrophic.

Cellular data service was reportedly knocked out to parts of Tennessee, Kentucky, Indiana, Alabama, Georgia, Illinois and Missouri. The Nashville Airport had to shut down for a brief period.

Of greater security concern was the fact that the Nashville Police Department uses a proprietary AT&T network for public safety agencies and first responders and that included the phones of all the Department’s officers and administrators. They were all without service for as long as a day. The Davidson County Sheriff’s Office in Nashville also reported that all of its communications were down in the wake of the bomb detonation. Even more worrisome was the fact that the 911 emergency system for multiple cities in Tennessee, in addition to Nashville, were knocked out by the blast.

In the event of an emergency—especially had this been a coordinated terrorist attack with follow-on assaults—these disruptions could have crippled command and control.

It might seem cavalier to refer to the VBIED that devastated a block in Nashville as relatively small, but when compared to the damage done by previous vehicle bombs, the blast was no where near as destructive. Previous attacks such as the US embassy in Beirut, Lebanon in 1983, the U.S. Marine Barracks in Beirut also in 1983, the Oklahoma City bombing in 1995 and the Khobar Towers attack in 1996 in Saudi Arabia all involved much bigger bombs and far greater destruction (as well as death tolls in the hundreds).

The relatively small VBIED in Nashville would have crippled response efforts had there been a coordinated terrorist attack against multiple targets, such as occurred in Mumbai, India in 2008. Another overlooked aspect is the fact that the AT&T outage reportedly shut down hospital communications for an undisclosed number of hospital campuses in the area. Had there been a mass casualty event, how might this have affected the management of the response?

All of this calls into question the physical security and resilience of our communications infrastructure. Structures that house critical infrastructure need to be hardened against attack and designed to put particularly vulnerable systems as far from a potential blast site as possible.

There needs to be greater redundancy in critical communications infrastructure. The AT&T equipment continued to operate after the blast due to the use of stand-by generators. But those generators ran out of fuel and everything shut down when that happened.  The same happened to communications in Louisiana during Hurricane Katrina in 2005, but in the rebuilding effort there, the cellular equipment was hooked up to natural gas-powered generators that do not run out of fuel.

There is one small step that every state should take in the upcoming legislative sessions. The location of critical communications infrastructure should be treated as secret. One state in particular actually took steps toward that end in 2020: Florida. The Sunshine State passed a law exempting from public records requirements of details about 911 systems, including the location of switches that make such systems work. There is no reason to make it easy for nefarious elements to know where they need to strike to knock out our command, control and communications.

Emergency management officials everywhere need to regard the Nashville bombing as a dry run and learn the lessons from what happened to prevent a worse catastrophe in the future. We can be sure our enemies are watching—enemies with far greater resources and destructive expertise than the person or people who set off the RV bomb in Nashville.