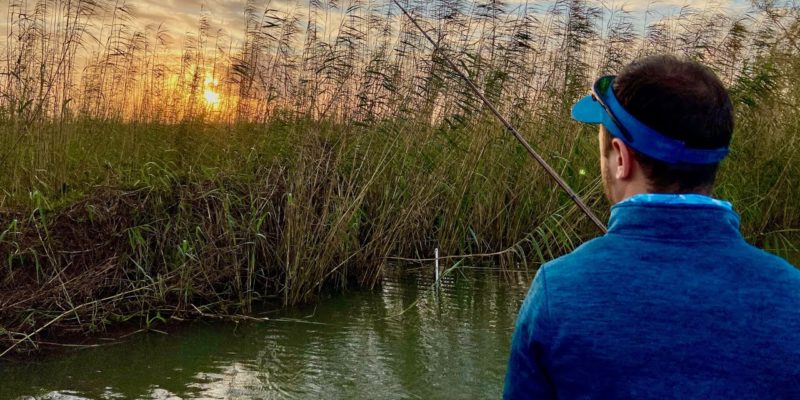 For much of the last decade, the Mississippi River has been higher than a Colorado college dropout.

Year after year of record flooding across the Midwest has obliterated the river’s typical annual cycle of winter rises that peak in the spring, lose steam in the summer and get wobbly-legged and collapse in the autumn.

In recent years, an observer would be unable to tell an October river from an April one. In either month, it would be high, swift and brown.

So much else has gone wrong with this year, but one thing has gone right. The Mississippi River got low, and with the exception of a few minor blips, it’s stayed low — for an even longer stretch than what is typical.

That means bass fishing at the mouth of the river — near the port of Venice, La. — has been among the best in the world. When the river declines, the fish are sucked from the roseau-cane jungles they call home most of the year, and they become sitting ducks for anglers dropping craws and other soft-plastics next to those canes.

My son, Joel, experienced Venice bass fishing for the first time back in November, and he’s been itching ever since to do it again. So, while I was down fighting the virus, he borrowed my camera gear and took a ride down to the tip of Plaquemines Parish with our good fishing buddy Jeff Bruhl.

The conditions were absolutely brutal, with frigid water temps and stiff winds, but bass are easy to come by in Venice when the river’s low, and they put some beauties in the boat.

Interested in more news from Louisiana? We've got you covered! See More Louisiana News
Previous Article SADOW: The “End Of Cities” And Louisiana’s Virus Response
Next Article Eddie Rispone Wants To Be LAGOP Chair. Can He Sell The Party On It?