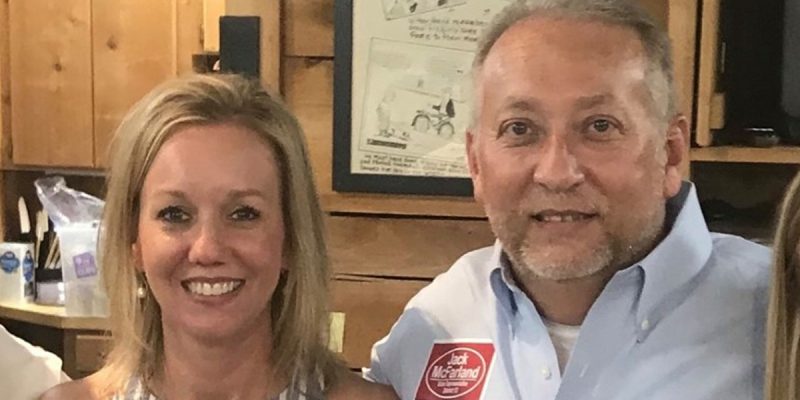 Especially now might not be the right time for Republican state Rep. Jack McFarland to go all in on foisting a gas tax hike onto Louisianans.

McFarland has said next spring he will carry a bill sought by contractors and by supporters not particularly interested in efficient use of tax dollars to accomplish just this, citing a large backlog of transportation projects. Already politicians and interest groups have lined up against the concept, which constitutionally faces an uphill battle in need of two-thirds majorities in each legislative chamber that has or is close to having a GOP supermajority (although apparently blessed by Democrat Gov. John Bel Edwards).

That this will face considerable opposition makes McFarland’s insertion inopportune – or, perhaps another way of looking at it, makes his wife Shelly’s nascent political career more inconvenient. With a vacancy early next year opening up on the Board of Elementary and Secondary Education, upon notice of this she threw her hat into the ring for the job.

Shelly McFarland posts some fairly bland boilerplate on her web site hawking her candidacy, staying away from more controversial issues such as strengthening parental choice and school and teacher accountability. Digging deeper, however, one plank may raise concern when taken in tandem with her husband’s effort.

She declares that policy must “elevate the teaching profession by improving teacher pay.” Which begs the question of how to find the money to do this. Paralleling her husband’s quest, does that mean raising taxes while ignoring the obvious inefficiencies plaguing the state’s educational system? After all, the latest (2018) data show Louisiana spends 29th most per student among the states, yet if not at is close to the bottom in quality (using mostly 2019 data).

Like it or not, voters will question if the husband supports tax increases over finding greater efficiencies, wouldn’t the wife as well? That’s how it works in electoral politics, with a fairly similar example coming from the next BESE district to the east. Last year, Republican Ashley Ellis won that seat; this year, her husband Friday, running without a party label, captured the mayor’s office in Monroe.

Party labels typically reveal more about a candidate’s issue preferences than anything else to voters, but in Friday Ellis’ case that cue wasn’t there. But voters who did just a little digging or who paid a tiny amount of attention to his campaign would learn his Republican wife sat on BESE, reassuring those who typically vote for GOP candidates. This undoubtedly played a role in his win.

The facts of life are transferences like this will occur in the minds of voters, given the slightest prompt. Just as they are as averse to raising taxes on roads – particularly in the economic downturn spurred by Edwards policies regarding the Wuhan coronavirus pandemic – they won’t cotton to an uptick in sales or whatever non-excise tax to fund more education spending. If policy-maker Jack McFarland publicizes himself as wanting to jack up taxes, candidate Shelly McFarland will be seen the same way.

Unless one or both try to counter that narrative. Jack McFarland could drop his bid to raise taxes and/or Shelly McFarland could state unequivocally she would not support tax increases to boost education spending (BESE doesn’t have that power, but other parts of government obviously do) and present a plan as to how she would raise teacher pay by reallocating other resources (BESE does come up with a funding formula each year).

Rep. McFarland, who faced no opposition for reelection in 2019, might want to reconsider his being the point man on a gas tax hike. Without any demonstrable imperative behind it, not only would this win favor just with the rent-seeking crowd in Baton Rouge and among a narrow set of special interests while turning off constituents, but it also could complicate his wife’s bid for a BESE seat.