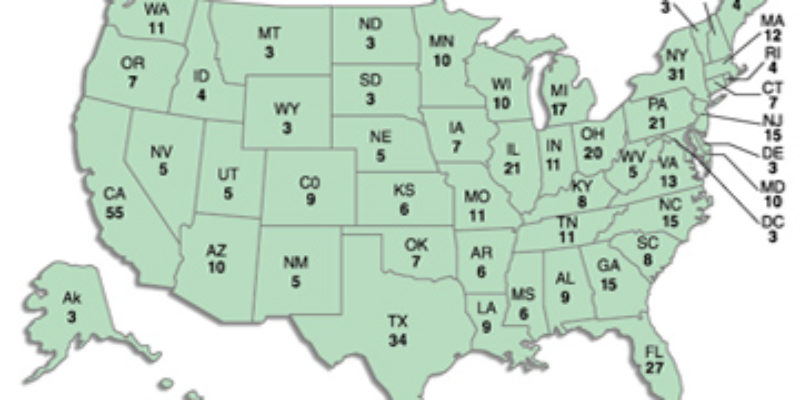 Presidential electors met across the U.S. Monday to cast their vote for president and vice president. In Austin, while Texas electors cast their vote for President Donald Trump, they also approved a resolution to “condemn the lack of action by the United State Supreme Court” for refusing to hear a lawsuit brought against four states by Texas Attorney General Ken Paxton.

Mark Ramsey, of Texas’ 10th Congressional District, introduced the resolution, “Defending the Integrity of Our Constitution, Our Elections and These United States.” It calls on the members of the Electoral College for the state legislatures of Pennsylvania, Wisconsin, Georgia and Michigan to “convene and appoint their electors in accordance with the true constitutional vote of the people, or if undeterminable by appointing their electors directly.” It passed by a vote of 34 to 4.

Republican electors followed the example of Democrats in Hawaii, who in 1960 cast an alternative set of votes for John F. Kennedy after Hawaii’s governor certified the electors for Richard Nixon.

Congress counted the electors’ votes for Kennedy even though he wasn’t declared the winner until 11 days after Nixon’s electors were certified. Trump and third parties are pursuing legal challenges to the election in all seven of these states, including a lawsuit just filed in New Mexico Dec. 14.

In Arizona, Republican electors voted for Trump and Pence, according to the state’s Republican Party.

Senator-elect Kelly Townsend published a three-page joint resolution of the Arizona 57th Legislature to the 116th Congress on Twitter, which “calls on Congress to accept the alternative slate of electors and abstain from accepting the Biden electoral votes until investigations are completed.” It is signed by 22 legislators and 8 legislators-elect.

Republican electors in Georgia also voted for Trump and Pence. David Shafer, chairman of the state’s Republican Party, said they did so because the “President’s lawsuit contesting the Georgia election is still pending.”

He said had they not met on Monday to cast their votes, “the President’s pending election contest would have been effectively mooted. Our action preserves his rights under Georgia law.”

In Michigan, two separate slates of electors were cast: 16 for Trump and 16 for Biden.

Meshawn Maddock, Michigan Republican at-large national elector, said in a statement, “Sending more than one slate of electors is not unheard of. It’s our duty to the people of Michigan and to the U.S. Constitution to send another slate of electors if the election is in controversy or dispute – and clearly it is.”

In New Mexico, while electors cast ballots for Biden, Republican Party-appointed electors gathered in a hallway of the state Capitol to sign papers indicating their support for Trump and Pence, the Associated Press reported.

The Republican Party of New Mexico, led by former congressman Steve Pearce, challenges the validity of New Mexico’s votes and the outcome of the presidential election.

“We have questioned these drop boxes and the entire election process,” Pearce said in a statement.

The secretary of state’s office said the lawsuit was “another attempt by the outgoing Trump administration to silence the voices of lawful voters,” its spokesman Alex Curtas told the Associated Press.

Nevadan Republican electors also voted for Trump and Pence on Monday. They tweeted, “History made today in Carson City, Nevada, as @McDonaldNV leads our electors in casting Nevada’s 6 electoral votes for the winner of Nevada, Donald Trump and Mike Pence!”

The Pennsylvania GOP said in a news release that electors met in Harrisburg to “cast a conditional vote” for Trump and Pence “at the request of the Trump campaign.”

“We took this procedural vote to preserve any legal claims that may be preserved going forward,” Pennsylvania Trump Campaign Chairman Bernie Comfort said in a statement.

In Wisconsin, while 10 Democratic electors met in Gov. Tony Evers’ office to finalize the state’s 10 electoral votes for Biden and Harris, Republicans also convened to cast their votes for Trump.

Republicans, including party chairman Andrew Hitt and Wisconsin Elections Commissioner Bob Spindell, met “to preserve our role in the electoral process while the final outcome is still pending in the courts.”

“The only date in the Constitution is Jan. 20. So we have more than enough time to right the wrong of this fraudulent election result and certify Donald Trump as the winner of the election,” Miller said, referring to Inauguration Day.