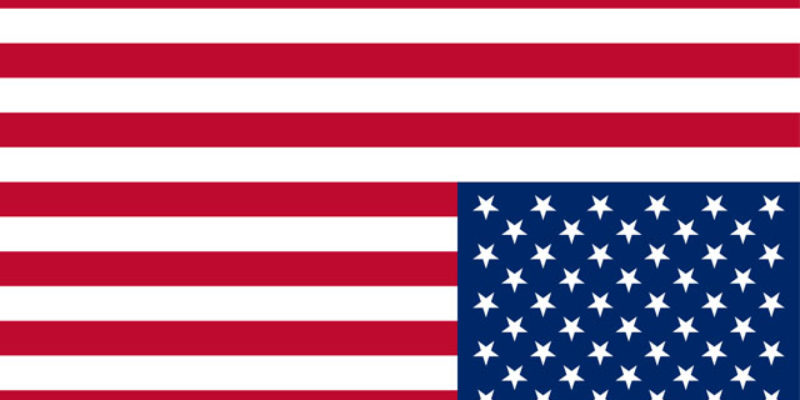 Friday evening in the most cowardly of docu-dumps imaginable and in a very bad sign for the future of the American republic, the Supreme Court punted and refused to hear the Texas v. Pennsylvania case, alleging that Texas and the 19 other states signing on to the case, not to mention the President of the United States and more than 100 members of the House of Representatives who submitted briefs, lack standing to sue the four states committing very apparent breaches of their own election laws during the 2020 election.

There are other cases addressing the theft of the election, but this was the one which appeared to hold the most promise. And that the Supreme Court refused to hear a case where nearly half the country was represented as a plaintiff says volumes about where we are as Americans.

Namely, that we no longer have a republic. A constitutional republic is one where laws rule, not men. But laws can only rule when they’re adhered to. The Democrat Party is no longer interested in laws. Its leaders routinely break them for their own personal pecuniary benefit, to pursue political power, to corrupt the governing process to benefit themselves personally or ideologically.

The Democrats’ presidential nominee is a man who has spent his professional life engaged in illegal influence-peddling to benefit himself and his family financially. He participated in an illegal spy operation against the 2016 Trump campaign. And his cabinet appointments and other hires indicate that all of the worst crooks of the Obama administration are right back in power, without so much as a whisker of legal consequence for their previous lawlessness.

Democrat district attorneys, funded by left-wing billionaires at war with the American justice system, are openly flouting American criminal law by campaigning against cash bail, vowing not to prosecute certain crimes and promoting other lawlessness and criminality. Democrats are touting the defunding of police in jurisdictions they control, which openly promotes the kind of rampant crime which destroys private commerce and First World quality of life.

And the obeisance to, and cozying with, China is out in the open now. When the odious Eric Swalwell, Russia conspiracist and failed presidential candidate that he is, was outed as literally sleeping with the enemy as he conducted a sexual affair with a Chinese spy, and House Speaker Nancy Pelosi proceeded to tell America that it was no big deal, it was an unmistakable signal that the Democrat Party is in bed with the Chinese communists. We already know that their Big Tech allies are in league with the ChiComs, as are their Hollywood cheerleaders and much of corporate America, who have turned their backs on this country in search of larger markets and sleazy deals with tyrants in Dongguan and Hangzhou.

And a Supreme Court which is nominally 6-3 “conservative” has, by a 7-2 margin the other way, decided the republic it serves is not worth fighting for. The Supreme Court arguably doesn’t even have the discretion not to take a case in which it has original jurisdiction, which it does when one state sues another, and yet these cowards punted their responsibility because it was just too hard.

To steal an election is to break the republic. The republic is based on the consent of the governed, and that consent is expressed in the results of free and fair elections. Free and fair elections are not stolen, and when so many irregularities in states which ultimately decide an election are perpetrated by the officials in charge of counting the votes, as in this case, the election has been stolen. It isn’t even important to note whether there were enough illegal votes added or legal votes thrown away or switched to flip the results in Pennsylvania or Michigan; as the complaint in Texas v. Pennsylvania noted it was the lawbreaking which mattered. The lawbreaking is what steals the consent of the governed.

And if the lawbreaking is not punished, we are not ruled by laws but by men. We no longer live in a republic.

This is something else. It’s a post-republic. What form of government we assume is not yet known.

But if the Democrats broke the republic, it’s not at all set in stone that the Democrats get to define the post-republic. In fact, at this point anything goes.

The goal now should be to win the battle for the post-republic, in hopes of re-establishing a republic of laws, without firing a shot.

And that involves making America ungovernable to those who stole this election and have thus broken the republic.

How does that happen? Well, here is an incomplete and nonexclusive list of ideas.

You should never spend another dime in a deep blue city again. No restaurants, no shops, no hotels. Encourage all your friends to boycott blue jurisdictions. Force the Left to support their own economies. If you live in a deep blue city, sell your house and get out as soon as you can. You are a target, whether you’ve ever thought of yourself as one or not. Remember what happened to the McCloskeys in St. Louis, who thought wealth and prominence would protect them from the mob.

Work remotely if at all possible. The more you’re free to use your time and conditions to your discretion, the more difficult it will be for others to control you. And remote work immunizes you from the kind of workplace tyranny the #MeToo movement and others who are infiltrating corporate America with critical theory and other kinds of cultural Marxism are pushing.

You should watch as little of American corporate media as possible, and you should do everything you can not to give any business to its advertisers. In fact, do everything you can to support businesses which are not corporations. Buy small, and buy conservative. Remember the axiom – every organization which is not explicitly right-wing will eventually become left-wing. Deny every dollar you can to left-wing companies.

You should get off Twitter. Absolutely, positively, TODAY. And you should get off Facebook as soon as you can, if you can. Parler is fine, but you should also get on The Speakeasy and help us build it, because it has a far better model than any of these other platforms. More on that as we go, because it’s getting ready to launch Phase 1 in a few days.

You should drop Google as your search engine. Use DuckDuckGo. Drop YouTube as best you can; Rumble is beginning to take off as a viable alternative.

You should lecture every Democrat that you know that their party has stolen the 2020 election and broken the republic, and that it is a sign of poor character on their part that they support a candidate who is bought and paid for by our enemies the Chinese. And if they attempt to scold you for your partisanship, you should remind them of the “resistance” and the Trump-Russia hoax, and the Black Lives Matter riots. You have no patriotic obligation to allow them to get away with any of it. If this destroys your personal relationships with them, it’s a small price to pay for your country. If they’re people of good character, it won’t. You deserve to have them hear you out, because the death of a republic is not a small matter unworthy of discussion. Everyone in America needs to understand the implication of what has been done here, and they need to be made to take a stand.

You should openly discriminate against Democrats in hiring decisions, friendships, romantic relationships, and in business. If a company you’re considering doing business with is owned by a Biden donor, cut them off. And do your research. If this seems harsh, understand they are out there plotting and acting to do it to you.

Buy from patriots whenever you can. Take an active role in helping them succeed, especially if you can do so at the expense of the Left.

Build and join networks with other patriots. Start gun clubs. Go hunting and fishing. Spend as much time outdoors as possible, and teach your kids to spend time outdoors. If things really go badly, the weak dependent on air conditioning and modern conveniences will perish and those who can fend for themselves will survive. Be one of the latter.

Patronize the arts and support traditional American and conservative artists. They need as much help as you can give them, because the establishment in arts and entertainment has been hopelessly hostile to them for a long time. Now is the time to help them carve out a space to make a living. (There is an author in particular who would be happy to have your business).

Carry a weapon wherever possible. Never initiate a fight, but if one should come, do what it takes to win it.

Have a healthy stock of supplies in case society breaks down, because it hasn’t been this likely in a long time. If you can move some of your assets offshore, strongly consider that. Buy land out in the country if you can.

Never miss another election. Vet candidates as closely as you can, get in their faces and make demands. Those who can convince you they understand what a threat exists to the republic, get out and push. Do everything you can to insure they win.

Get your kids out of government schools. Now. I don’t care if you think you’re in a good school district – it won’t be good after the Biden/Harris administration gets finished with it. Insist on your kids getting a patriotic education. Read their textbooks before they do and refuse to allow them to be tested on anything written by Howard Zinn or his ilk.

Help your neighbors whenever you can. Put as much distance between yourself and the government as you can. Do everything you can to avoid any dependence on any government agency.

Trade in cash whenever possible. Try not to create any records of your transactions if it’s possible to avoid them.

Learn how to make and fix things yourself. If you’re in the country, try to find ways to be self-sufficient and off the grid.

Now is the time for a civil war, but the goal is to win it without firing a shot. We want to bring the country to its knees and make those of us who lack a clue understand that without patriotic Americans everything falls apart and it’s them who suffer the most.