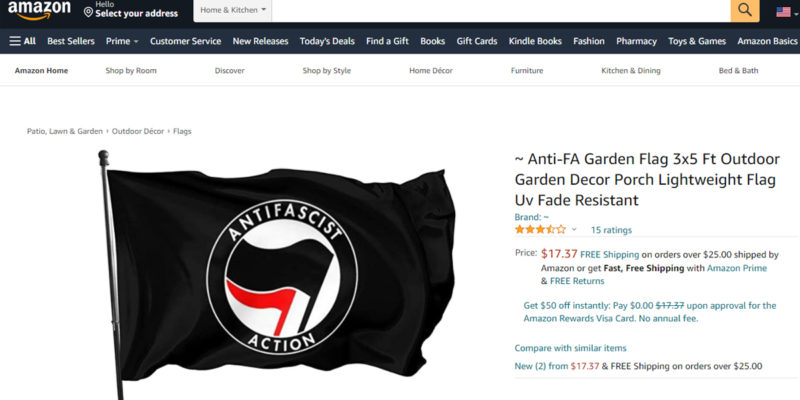 In the past week a positive development finally occurred with Big Tech’s bias in favor of left-wing organizations and ideology.

After years of clear evidence that Antifa is a violent communist organization that has run rampant in cities across America, Twitter finally began to crack down on accounts associated with the organization by closing Antifa-affiliated accounts with more than 71,000 followers.

This action was sorely needed as Antifa groups have been using Twitter not just to spread communist propaganda, but to actually communicate to followers to plan and instigate violent riots on the streets of America’s cities. Such actions go far beyond mere subjective “hate speech.”

It was anticipated that as yet unnamed “right wing” groups were going to stage violent protests on inauguration day across America, but as it turned out, the only acts of violence and insurrection on January 21 were Antifa riots in which Antifa members once again destroyed property and threatened violence. This came as no surprise to anyone who has been paying close attention to Antifa for years.

No doubt, Antifa will replace the closed Twitter accounts with new accounts under new aliases and we can all hope that Twitter will remain vigilant, though I’m not holding my breath.

Even while Twitter has taken this first step, it has now been revealed that Amazon is providing material support for Antifa’s violent extremism by offering for sale Antifa items on its massive retail web site.

Like members of the Ku Klux Klan, members of Antifa have long worn masks to conceal their identity. Now, Antifa thugs can get their customized masks from Amazon.

Or, if you already have a mask, maybe you’d prefer an Antifa flag?

Or maybe just cut all the way to the chase and get your Hammer and Sickle version.

Fortunately, Amazon refuses to sell Nazi flags with the Swastika emblem. And a search for “Confederate Flag” on Amazon comes up empty.

But there’s no problem finding a Soviet flag:

Or a Communist China flag.

I’ve always wondered why Communism gets a free pass on genocide and mass murder, when Communism as an ideology inspired more death, destruction and human misery than any other ideology, except for Jihad.

Finally, you can pick up your Antifa handbook on Amazon, written by Professor Mark Bray:

Here’s what Bray has in mind for the 73 million people who voted for Donald Trump:

“Our goal should be that in twenty years those who voted for Trump are too uncomfortable to share that fact in public. We may not always be able to change someone’s beliefs, but we sure as hell can make it politically, socially, economically, and sometimes physically costly to articulate them.” (Emphasis added)

Sure looks like a call to violence to me. What do you think?