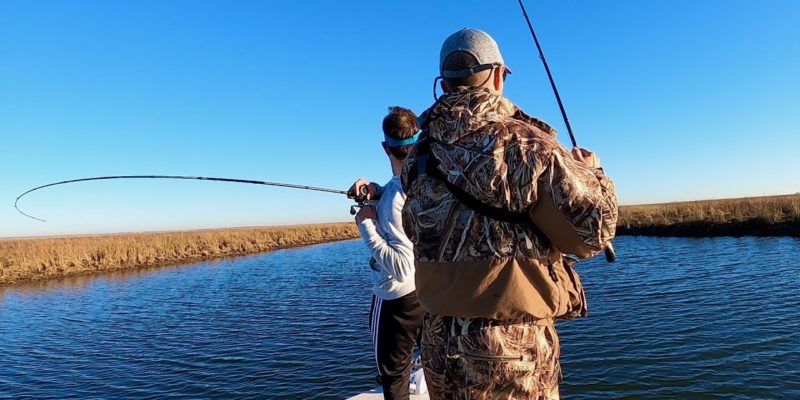 But it reaches a significantly elevated level of fun when any type of competition is added to the mix. My buddies and I have a hard time NOT betting something when we head out for a day on the water.

That being said, my son, Joel, and I weren’t planning any type of competition as we towed my boat to the marshes of South Louisiana on our most recent trip, but that would change when my buddy Capt. Justin Bowles (www.jbfishingcharters.com) texted and began talking trash.

Bowles and I fish together often, and he’s a fantastic angler. He’s also super competitive.

He had a charter that day, and as luck would have it, it was with Joel’s good buddy Donny Steilberg, another really good angler who has fished with Joel and me several times. After some back and forth, we settled on the rules for our competition.

Since we’d be launching at the same time, each boat would make a beeline to the nearest area to catch a bass, and the first successful boat would have to take a picture with that fish and text it to the other team to claim that category.

After that, the pressure would still be on both teams, however, because the other two categories were longest bass and first team to reach their 20-fish limit. Whichever team won at least two of the categories would get a 50-pack of Matrix Shad lures, compliments of the losing team.

It was a blast, and although one team clearly beat the other, both put A TON of fish in their respective boats.