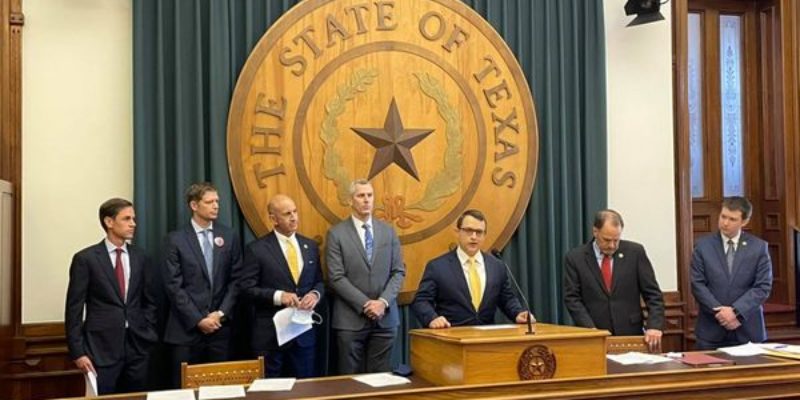 The nine-member Texas Freedom Caucus released its list of legislative priorities for the 87th Texas Legislature today. The entire list is included below.

This year’s list contains parenthetical references to the Republican Party of Texas 2020 Platform and specific plank numbers. Not mentioned are any specific House or Senate bills to those effects. See analysis below the list of priorities as to why that may be.

Right to Keep and Bear Arms

Freedom of Religion, Speech and Conscience

From the hip: By not yet calling for any specific bills to be passed, the Freedom Caucus keeps its options open for sponsoring friendly legislation from non-caucus members as well as to sponsor several similar bills and see which ones sail through committee and which do not. It’s still quite early in the Texas Legislative process which ends in May sans any special session calls.

With nine members, all in the Texas House of Representatives, the caucus needs as much leeway as it can get to negotiate for these goals to pass in some form, be it standalone bills, amendments to the state budget, or amendments to other bills.

The caucus may be slowly shrinking but has stayed relevant on current issues, such as the Alamo cenotaph relocation fight and state guidelines on hydroxychloroquine prescriptions, and lately on smaller matters such as a letter criticizing a state-level EMS advisory council’s statement on safe gun storage.

The Freedom Caucus does not represent a larger constituency this year, but never underestimate the power of a small but dedicated group of legislators — especially during budget amendments.