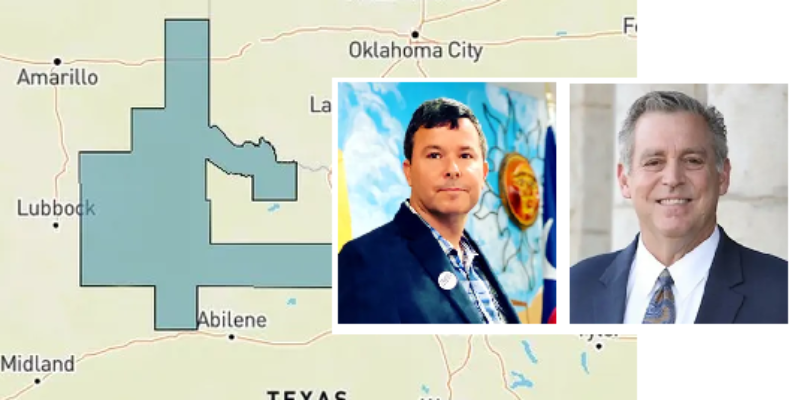 After David Spiller and Craig Carter advanced to the special election runoff to succeed outgoing Representative (now Senator) Drew Springer, Spiller has emerged the candidate to beat in what has been called Texas’s most gerrymandered district.

In strongly Republican Texas House District 68 special election on Jan. 23, Spiller, a Jacksboro attorney and school board trustee, commanded 44% of the vote — not quite the 50%-plus-one needed to win outright. Carter won 18%, but was followed by 57 votes by John Berry. Jason Brinkley, Cooke County Judge who resigned to seek the state legislative position, finished with around 16%. The sole Democrat, Charles Gregory, finished with 4%, while the other candidates were Republican-affiliated.

“I believe that Texas needs a working-class conservative, not another lawyer representing us,” Carter wrote via Twitter.”I would be honored to have your vote.”

But Spiller seems to have picked up significant momentum, garnering the endorsement of his two former GOP rivals.

“I am honored to announce that I have been endorsed by Mr. John Berry and former Cooke County Judge Jason Brinkley,” Spiller said in a Facebook post. “We ran against each other in the first election, but they are now backing my campaign. They join former Texas Governor Rick Perry and many others in supporting me in the upcoming runoff.”

Gov. Greg Abbott is expected to schedule a special election runoff sometime in February for the district that contains a large portion of North Central Texas between Wichita Falls and Sherman-Denison, then follows a narrow pipeline to a section of the district which extends northward through the Texas Panhandle region.

From the hip: It’s a geographically large, convoluted district to win in such a small amount of time. Each candidate had roughly four weeks following Springer’s Senate victory to cover the district as much as possible. Brinkley announced he had come down with COVID-19 symptoms which hindered his candidacy.

But consider this: the entire race drew from a pool of less than 10,000 actual voters — 9,139 to be specific. With a total district population of 160,508 there are still plenty of registered voters to reach.

The outcome won’t affect the ongoing 87th Texas Legislature much with a Republican-Democrat differential that looks a lot like last session. A reasonably conservative Republican will fill the slot. What this does demonstrate, however, is that despite a high water mark of political involvement (and outright anger) on the federal scene, locally that doesn’t always translate to victories one way or the other. Special elections are still all about GOTV (political-ese for get-out-the-vote) and will continue to be when things calm down again or become generally apathetic culturally speaking. This large swath of rural and semi-urban Texas serves as an excellent barometer for political reality in red states and a counterbalance to the vitriol in national headlines.

By the way, the Texas Senate Special Committee on Redistricting is hosting hearing this week and next to determine the future of districts such as these. Talk about another political reality check.