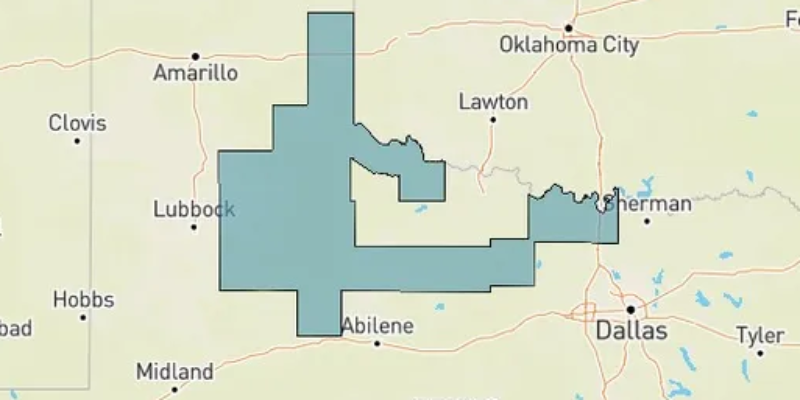 UPDATE: Two additional candidates filed Dec. 30, including John Berry, a financial planner from Jacksboro, and Craig Carter, the fifth-place finisher in the six-candidate 2018 primary for SD 30.

After Rep. Drew Springer became Sen.-elect Springer on Dec. 19, a vacancy opened up in his House seat, setting up a rapid but regional contest.

Cooke County Judge Jason Brinkley of Gainesville and attorney David Spiller of Jacksboro — both Republicans in the eastern portion of the famously gerrymandered district — have announced their intentions to run. Candidates have until 5 p.m. Jan. 4 to file.

House District 68 includes 22 counties: Childress, Collingsworth, Cooke, Cottle, Crosby, Dickens, Fisher, Floyd, Garza, Hall, Hardeman, Haskell, Jack, Kent, King, Montague, Motley, Stonewall, Throckmorton, Wheeler, Wilbarger, and Young. While the bulk of the district exists in the western portion extending into the Texas Panhandle, the center of influence and population is largely on the east side in an area north of the Dallas-Fort Worth Metroplex and west of the Sherman Denison metro area.

Springer was first elected in 2012. He won the Senate District 30 seat after a high-profile race against embattled salon owner Shelley Luther who stood up to draconian local COVID-19 restrictions.

From the hip: This is far from a local race but a regional contest. To put that all into perspective: it’s roughly 300 miles between Cooke and Crosby county, and 200 miles from Wheeler to Fisher county. It will take money and lots of drive to win this, even with the right connections.

It’s still too early to tell how the election may pan out with the deadline still a few days away, but this won’t be a walk in the park for any of the current or eventual candidates. Brinkley, a licensed attorney, hung up his county judge position to run for the legislative seat, which is high stakes poker for the young aspirant who has strong ties to a regional intergovernmental entity and the Texas Association of Counties, as well as the favor of Springer. Spiller appears to have less skin in the game being a county attorney and general counsel of a hospital district — both positions that do not require him to resign.

To answer a commonly asked question: Luther lives in Denton County, which is just south of the easternmost extent of the district and is ineligible to run. But with the capital she built among movement conservatives in the area she may well play an influential role in backing a candidate.

The temporary vacancy in HD 68 will not have much effect on the Texas House. The Legislature will not begin to voting on key bills until well-after the election, though action on various governor’s emergency items may take place in January. Regular business includes numerous hearings pertaining the Census results and redistricting which will almost undoubtedly change the boundaries.