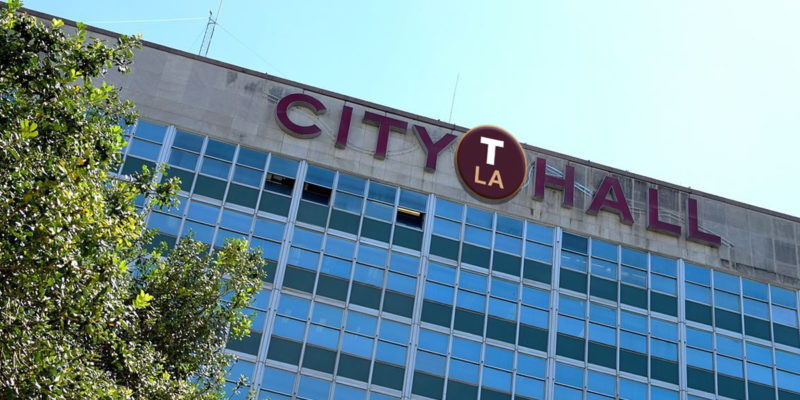 Hayride readers might remember that before Christmas MacAoidh had his way with the city of New Orleans’ stupid communist leadership and its stupid communist Mayor LaToya Cantrell. In case you missed it, that post detailed how this stupid communist pol even became mayor of what used to be a powerful engine for Louisiana’s economic growth and prosperity.

Namely, that it’s out-of-state-funded left-wing non-governmental organizations paid to gin up the city’s teeming masses of poor who control who gets elected in New Orleans, and as a result those NGO’s are the ones who call the shots. Moreno and the other members of the New Orleans City Council all bow at the altar of those NGOs that destroy jobs. When they demand these communist pols embrace weirder and more unrealistic policies and attitudes, compliance immediately ensues, and things get worse for people trying to do business there.

Those reading the now-famous “stupid communist” post will remember how anti-capitalist Helena Moreno was on a mission to further destroy the city by denying Folgers an ITEP (industrial tax exemption program) extension, jeopardizing the mega coffee powerhouse’s tenure in New Orleans along with its 750 jobs.

Most prominent among these NGO’s nowadays is the Soros-funded group Together Louisiana, which has been an avid player in this situation driving the ridiculous narrative of “corporate welfare.”

Let’s remember what ITEP does, after all – ITEP breaks are abatements against future property tax payments made based on the improvement of a business’ physical plant. So if you’re a factory, for example, and your plant is worth a million dollars, and you want to double its size and value to $2 million, an ITEP break would reduce the property tax levied on that additional value. It doesn’t cost the local government any money it’s currently getting in property taxes, and the point of ITEP is to generate economic activity that the local government will then take revenue from in sales taxes and, indirectly since the state funds so much of local government in Louisiana, income taxes.

Given that Louisiana’s tax code is a hot, stinking mess which stands alone among Southern states as particularly unfriendly to business, and given that because of the state’s $75,000 homestead exemption it’s business which pays 80 percent of property taxes in Louisiana, to say ITEP is absolutely crucial to Louisiana’s competitiveness with economic behemoths like Texas next door and Florida just four hours away is probably not quite adequate.

The history here is pretty clear. At one point less than a decade ago there was nearly $200 billion in industrial construction projects in the pipeline in Louisiana and the number one economic concern business and economic development leaders in the state had was being able to supply a qualified workforce for all of the construction projects and resulting facilities. Now that pipeline has all but dried up, and the proximate cause of it isn’t COVID-19; it’s the idiotic decision by Gov. John Bel Edwards to allow local governments to have veto power over ITEP awards. Those used to be the province of Louisiana Economic Development and the Board of Commerce and Industry, but now every school board, sheriff, police jury and city council looking for a headline or a back rub from the Together Louisianas of the world can block an ITEP deal and scupper an economic development win.

Which is exactly what happened with the Folgers ITEP proposal, as the idiotic Orleans Parish City Council went along with Together Louisiana and killed the tax breaks. You might as well consider Together Louisiana as the governing body and end all-be all of the ITEP program, at least in cities and parishes run by Democrats. We wouldn’t be surprised if ultra-radical State Representative Mandie Landry doesn’t try to write them into legislation next session.

It’s even worse than that. During the most recent council meeting where the Folgers ITEP applications were up for consideration, you would have thought that Together Louisiana was an expert on economic development programs when most of their people can hardly count beyond their fingers and toes. And they did this even though Together Louisiana had to admit it was lying about the economic impact of killing the Folgers ITEP deal.

The person who should have been there explaining ITEP, answering questions, and defending the program is Don Pierson, LED Secretary. Except, he was nowhere to be found while the City Council was sending a signal that New Orleans has no interest in economic development.

Neither was any of the Louisiana Economic Development department staff. It is as if LED thinks we have 750 employee companies hanging like moss on the trees in Audubon Park while we are losing more jobs and tax revenue in Communist Mayor LaToya Cantrell’s dystopian haven for carjackers and gutter punks.

Pierson, the state’s no-show Economic Development Secretary (whose paid a meager $237,000 to not work), took a powder and so did his staff. So Orleans Parish Council Members directed their very technical questions and concerns to Together Louisiana! And the council took their word hook, line, and sinker. Of course they did; Together Louisiana’s line is what they wanted to hear.

Stupid communists stick together, you know.

We are witnessing the demise of what little economic growth this state has, and the Edwards administration and Don Pierson are letting it happen. In the midst of the greatest economic crisis our state and country has faced in generations, the man responsible for supporting and growing our economy is MIA. The absence of LED has allowed a socialist group like Together Louisiana to single handedly speak for the state and its economic programs.

If you wonder why all of the economic news around here is terrible, be sure to understand it’s not an accident and it’s not unexplainable. It has a specific cause. Don’t put stupid communists in charge of the economics while the non-stupid-communists are home playing gin rummy instead of doing their jobs, and maybe things won’t continue getting worse.