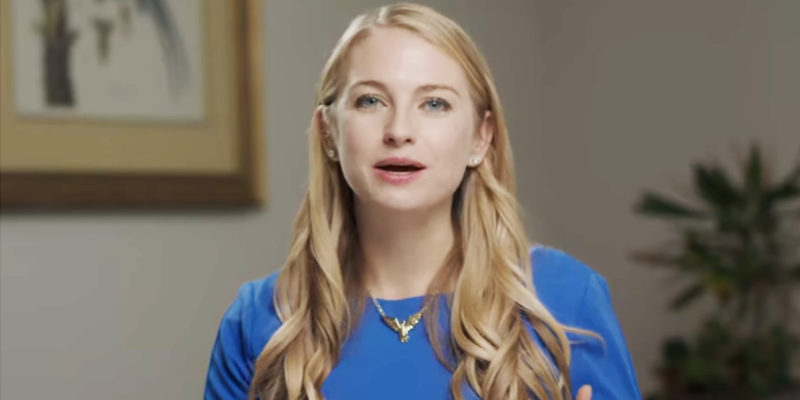 Besides her day late and dollar short foray into the fray, undoubtedly the leader of Louisiana Democrats Katie Bernhardt assiduously avoided all mirrors when alleging blame for Washington, DC protests that escalated into violence last week.

At the time Congress met to certify election results, several thousand people converged on the Capitol to express frustration that it would accept Electoral College votes that would declare the election for Democrat former Vice Pres. Joe Biden without adequate investigation of potential fraud. Due to changes made in many states in response to the Wuhan coronavirus pandemic, this possibility ramped up considerably in the 2020 election, but at the same time legal deadlines left insufficient time to vet thoroughly the question.

A few dozen people, perhaps subversively directly influenced by violent leftists attached to groups such as Black Lives Matter and Antifa (one such admitted activist, previously arrested related to a violent protest at Utah’s Capitol, said he was on the scene after illegally entering the Capitol documenting on film the event) present, turned antagonistic and briefly occupying various part of the Capitol, causing minor property damage along the way and sufficiently scaring Members so that they hunkered down in the chambers or fled them.

Eventually, Capitol Police started shooting, killing demonstrator Ashli Babbitt as she and others tried to climb through a window. That unidentified officer, who in video footage appears to be black, now is under investigation; Babbitt is white. A Capitol Police officer also died from injuries likely sustained during the melee.

The unfortunate event joins many such others that have occurred since last spring, touched off in a number of cities over allegations that supposedly racist police killed prejudicially racial minorities. Many injuries, some shootings and even deaths occurred during these, with the only difference in these dozens of incidents compared to that at the Capitol, where frustrated supporters of Republican Pres. Donald Trump joined in, is that leftists exclusively fomented that violence.

But to many leftists, it’s if that history never existed. Many elected and partisan Democrats in politics and their fellow-travelers the media excused if not endorsed the violence, often using rhetoric that downplayed that, and the looting and destruction at these protests that the left had encouraged, but for the events at the Capitol suddenly became unambiguously condemnatory about and highlighted the violence. And their outrage at reputed racist behavior by police selectively disappeared regarding the Babbitt shooting.

Too late. The constant hyping by too many prominent leftists of the 2020 protests as somehow generally beneficial and their reluctance to condemn the violence that often and prolongedly resulted, echoed and amplified by a compliant media, sowed the seeds to normalize and mainstream rioting when the cause is believed righteous. Despite that, fortunately last year Louisiana, with the exception of riots in New Orleans, mostly was spared leftist-inspired violence.

This relative in-state quietude perhaps explains why Bernhardt, who took over the chairwomanship of the state party last fall, suddenly discovered rioting in 2021 and regarding events at the Capitol issued a statement on the party’s behalf of an entirely ahistorical and misbegotten nature. In it, she fantastically blamed the Louisiana Republican delegation for the out-of-hand protesting because, exercising their constitutional rights, almost all voted not to certify electoral votes from all states that awarded theirs to Biden.

More generally, and perhaps showing she (and any party leader who endorsed such sentiments) isn’t from this planet, despite all the Democrat-stoked protesting and violence of the past year, she incredibly stated, “All of the members of the Republican Party have engaged in rhetoric, written communications, and public statements that have directly led to and enabled violence against our democracy.” Of course, by the time this had come out, all GOP delegate members and that state party already had issued statements condemning the Capitol incident.

By trying to shift blame away from Democrats who had shaped the milieu that encouraged the mistaken and corrosive violence at the Capitol, Bernhardt demonstrates why Democrats have lost so much power in Louisiana state government and in its congressional delegation. It’s hard to win votes when you’re so out of touch with both reality and the people.