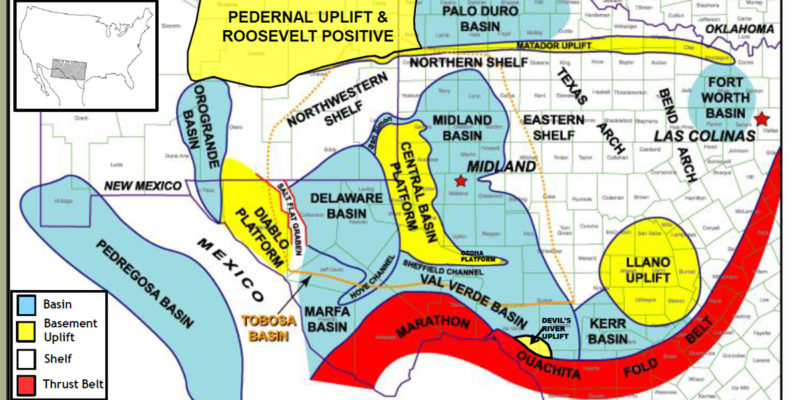 One of the things which is pretty obvious, and you would expect it’s obvious to basically everyone, is what an electoral loser Joe Biden’s war on oil and gas will be for Democrats in places they really can’t afford to lose.

They’re already screwed in Ohio. That state, which has always been a bellwether, no longer is. It’s becoming, with Indiana next door, a bastion of Republican strength. Next year’s Senate election, in which moderate Rob Portman’s seat will be up for grabs between a likely leftist Democrat and all but certainly a MAGA Republican, should prove it.

In Pennsylvania, the Democrats had to engage in, to put it charitably, irregular tactics to pull things out for Biden. That was before it was crystal clear Biden’s proposed ban on fracking was the real thing Biden and the Democrats lied in disavowing. When he plunges the Keystone State, and particularly everything west of Harrisburg, into an economic dark age by trashing domestic oil and gas there won’t be enough dead vote in Philadelphia for him to survive. A Senate seat is up in Pennsylvania and so is the governor’s mansion. Smart money says Pennsylvania will turn redder than it’s been in a long time.

But the biggest worry the Democrats should have ought to be in the southwest, because for all the money they’ve spent in Texas trying to turn the state blue Biden is about to finish off his party’s chances of becoming competitive there for a whole generation.

Why? The leasing and drilling bans on federal lands.

Understand that much of the Permian Basin, the amazingly-productive oil field in West Texas and New Mexico, sits on federal lands. That area has been an economic hotbed, with massive in-migration over the last decade or so. And it’s a very heavily Hispanic area. Even more Hispanic is the Eagle Ford, which stretches along a South Texas line from Laredo to south and east of San Antonio. While most of the Eagle Ford is on private land, what Biden is doing will crush the industry as a whole, and that’s going to mean a loss of jobs for Hispanic workers, a weak economy in South Texas communities which are heavily if not mostly Hispanic and a loss of revenue to Hispanic landowners who have been made wealthy by the Eagle Ford oil play.

And if the Hispanic communities in south and west Texas and in New Mexico begin trending Republican, well…

Let’s just say it doesn’t bode well for the Democrats holding a House majority. Or holding the White House in 2024.

“If you look at the best-case scenario, it’s going to be years before we can totally go from fossil fuel over to the alternative [energy],” Cuellar said.

The congressman said he and other House Democrats plan on having a conversation with President Biden regarding his recent climate actions and urging him to reconsider halting oil and gas leases.

Cuellar said he wants to make sure the Biden administration is taking every factor into consideration before making hasty decisions, especially especially when states like Texas are still dependent on the energy industry.

The Democrat noted that his home state not only ranks no. 1 in the U.S. in oil and gas prouction, but also in wind power production. He suggested state officials join the conversation on next steps.

“Why can we not work on both issues and bring the energy folks to the table so we can help address some of those issues?”

“If we don’t bring the stakeholders, how are we going to address this issue?” he asked. “You just can’t keep energy out and say, ‘Here are the winners, here are the losers.’ You’ve got to bring people together at the table and try to work things out.”

Cuellar doesn’t come out and say it, but reading between the lines it’s obvious he’s worried about the political implications of what Biden is doing. Cuellar, whose district runs along the Rio Grande from west of McAllen to Laredo and parts north, and then makes a jog northeast along the Eagle Ford play to the east of San Antonio, is one of the few moderate Democrats left in the House, and he’s under pressure from the Left. He won re-election in November by a 57-40 margin over his Republican opponent, but in the primary last spring he came pretty close to losing; he only beat a Hard-Left challenger, a 26-year-old immigration lawyer named Jessica Cisneros, by a 52-48 score.

Cuellar, who has been a major Biden supporter, simply can’t afford to have the president’s policies trash his district’s economy. If he does that not only would he lose to a Republican in November of next year, he probably wouldn’t even make it to the general election. His voters, who went with him over Cisneros mostly because he was seen as a bulwark against precisely the kinds of stupid economic policies he’s now sounding the alarm about, would have no reason to continue supporting him.

Or anybody else in the Democrat Party.

The Democrats already lost a House seat in the Permian Basin part of New Mexico last November. It’s only going to get worse. And if the estimates are true that his anti-oil and gas policies will cost a million American jobs, it won’t just be the Hispanic vote that abandons Democrats going forward.

Interested in more news from Texas? We've got you covered! See More Texas News
Previous Article Is Facebook Preparing A War On Pro-Gun Pages?
Next Article Is Carbon Dioxide Trapped By Masks Hazardous To Your Health?