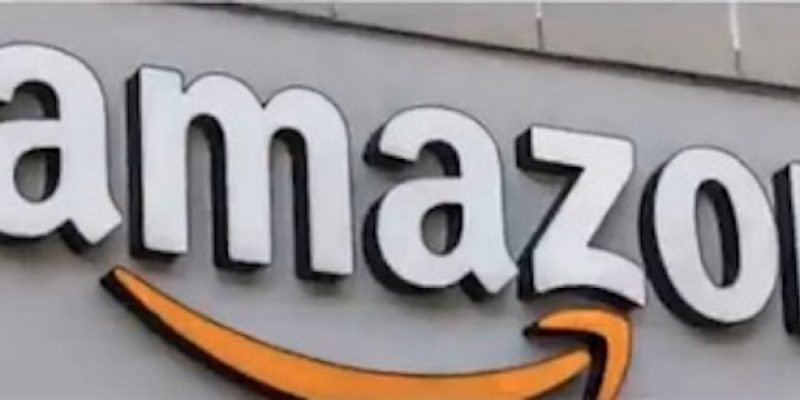 The default position on corporate tax breaks to incentivize economic development here at The Hayride, given Louisiana’s awful, uncompetitive tax code, has been that we support them. We’re here to announce that we’ve run into an exception, if not a change, to that rule. Because the word that Amazon, one of the most exploitative, evil corporations on this planet, is now seeking some $35 million in tax breaks to site a facility in Baton Rouge, takes us beyond the pale. We won’t support it, and we’re hoping the Baton Rouge Metro Council won’t, either.

Under the proposed arrangement, which will go before the Metro Council for approval Wednesday, the Capital Area Finance Authority will take title to the property once Seefried Industrial Properties, the Amazon developer, has acquired the various parcels from the respective owners. CAFA, which is a public trust and therefore does not have to pay taxes, will then enter into a long-term lease agreement with Seefried that includes the 10-year property tax exemption.

In return, Seefried’s contract with CAFA will require the company to create 1,000 local jobs. Seefried also will agree to pay 100% of school taxes over 10 years, even while it is exempt from other local property taxes like those that support police, fire, libraries and parks.

The vehicle under which the deal is being structured is known as a payment in lieu of taxation, or PILOT.

“Seefried wants to pay 100 percent of the school taxes that will be due over the next 10 years to abate some of the other taxes,” CAFA President and CEO Mark Drennan says. “In return, they will hire 1,000 employees and create a whole new atmosphere at the abandoned Cortana Mall site. We are doing this to facilitate an economic development project for Baton Rouge.”

Drennan says the investment Seefried is making and the economic development potential of the project, which has been in the works for more than two years, more than makes up for the tax incentive the company is seeking.

CAFA’s board has already approved the deal and Mayor Sharon Weston Broom’s administration is sponsoring the measure that will go before the council for approval.

This isn’t an ITEP deal, because Amazon’s Cortana Mall distribution center won’t be a manufacturing plant.

Of course it won’t. Amazon doesn’t manufacture anything. In fact, Amazon has done more to destroy American manufacturing, by serving as a de facto merchandising agent for Communist China as it undercuts American producers of everything from industrial machinery to flip flops, than perhaps any other company.

But the swath of destruction Amazon has cut through our manufacturing sector by offering slave-made Chinese products at lower prices and just-as-fast delivery than American-made competitors is nothing compared to the damage that company has done to brick-and-mortar retail, and particularly small business retailers, across the country.

That rapacious, destructive and ultimately anti-competitive robber baron ethic is so pervasive with Amazon that it actually found itself ordered by the federal government a few days ago to turn loose $62 million in tips it stole from its own drivers. That’s how Amazon treats its own people. How it treats other people’s employees is just as bad. Take the company’s cynical stance on a $15 minimum wage, which it says it supports despite the CBO’s estimate that such an economically-illiterate move would kill 1.4 million jobs…

If liberals were right that a federal $15 minimum wage would empower workers at the expense of Big Business’s profit margins, giant corporations such as Amazon probably wouldn’t be on their side, but they are.

A top Amazon executive, Jay Carney, recently wrote a letter on the company’s behalf endorsing the Democratic push to more than double the minimum wage nationwide. And Amazon is actively lobbying for the change by running digital ads.

“We believe $15 an hour is the minimum anyone in the U.S. should be paid for an hour of labor,” Carney wrote. “We also believe it’s good for business.”

This should be a giant red flag. Amazon has already paid its hourly workers $15 or more since 2018. What it’s really doing is lobbying the federal government to hike its competitors’ costs and help it replace more small businesses.

Obviously, it’s not actually Big Business that loses from minimum wage hikes, or it wouldn’t be in Amazon’s self-interest to pursue this lobbying campaign. In fact, established, large corporations are often able to pass the entire cost of a minimum wage hike on to consumers. For example, research by a Princeton economist found that McDonald’s passed on almost all the costs incurred by higher minimum wages by hiking prices on its top-menu items, such as Big Macs.

Because low-income people are disproportionately consumers of fast food, this could mean that their true wages, wages relative to buying power, don’t improve as a result of a minimum wage hike as much as you’d expect.

There’s also only a minimal loss to big corporations if they’re able to pass most of the costs on to consumers via price hikes. And for corporations such as Amazon and McDonald’s, there’s a major, swampy upside to minimum wage hikes: They crush these businesses’ competition by bankrupting small businesses. The Amazons of the world have enormous resources to weather a large wage hike. But mom and pop stores, even in the best of times, do not.

Once again, Amazon is out to screw American small business.

And yes, the Jay Carney mentioned above is indeed that Jay Carney, the former Obama press flack.

They’re also out to screw somebody else. How about unions? Amazon’s founder and CEO Jeff Bezos, the world’s richest man, was perfectly good with the idea of mail-in ballots and all the mail fraud associated with those last year and had his vanity publication the Washington Post pen editorial after editorial touting their efficacy. But not anymore, apparently, especially if what’s on those ballots is whether Amazon’s employees might unionize.

Online retail giant Amazon opposed mail-in voting for a union election, according to a filing with the National Labor Relations Board (NLRB).

In a petition filed with the NLRB on Jan. 21, Amazon argued that mail-in voting would decrease turnout and create security concerns in a unionization election at the company’s Bessemer, Alabama warehouse.

Amazon argued in the petition, uploaded by The Verge, that “concerns about election security run particularly high” due to the use of “an unreliable electronic signature platform.”

And let’s not forget that Amazon isn’t just out to destroy the jobs of small-business competitors, American manufacturers and brick-and-mortar retailers or even its own employees. Amazon also conducted the single most egregious attack on free speech in American history when it deplatformed and essentially stole the intellectual property of Parler for no reason other than that Parler’s editorial position was different than that of the Washington Post.

And the Amazon executive responsible for that dastardly act of corporate violence, Amazon Web Services head Andy Jassy, is in line to replace Bezos now that the Destroyer-In-Chief is moving on to become a full-time philanderer and left-wing activist.

Let’s not forget that no company on Planet Earth has profiteered more completely from the worldwide misery of COVID-19 and the stupid government lockdowns it has generated – at the expense, once again, of American small business – than Amazon.

And these people, who have already bought the Cortana Mall property and are committed to this project as it is, are demanding tax breaks? They already have two facilities in the area they opened without tax breaks. And this isn’t some huge economic development boom, by the way – it’s a sorting and distribution facility Amazon has to have to effectively move their mostly-Chinese products to Baton Rouge-area buyers. Maybe it would be built someplace else in the area; probably not.

This isn’t even the rent-seeking competition Reason.tv had such fun with a few years ago. This facility is a local distribution center. And they expect Baton Rouge to pay them $35,000 per each low-wage job it’s supposedly going to create. And geographically, the mall Amazon helped to put out of business is so far and away an obvious choice over whatever land they’d have to build on in Livingston or West Feliciana Parish that it’s barely plausible they’d even consider going somewhere else.

Is this a serious demand?

Should the Baton Rouge Metro Council agree to this insane, offensive proposal, they will be putting their names to the proposition that Amazon, the destroyer of small businesses throughout Baton Rouge and a major factor in the empty storefronts throughout the city not generating tax revenue or producing jobs for people badly needing them, will be paying less in taxes than the mom-and-pop businesses they haven’t wiped out.

And let’s remember that business pays 80 percent of the property tax in Baton Rouge. So this is a real concern.

They’re offering to cover the school taxes? How benificent of them. Here’s a better offer: pay full price, you villains.

Anyone who votes for this proposal needs to have his or her campaign finance statements checked in the future, because it’s a terrific bet they’re on the take. But we wouldn’t bet against it passing later today, because that’s where we are now.