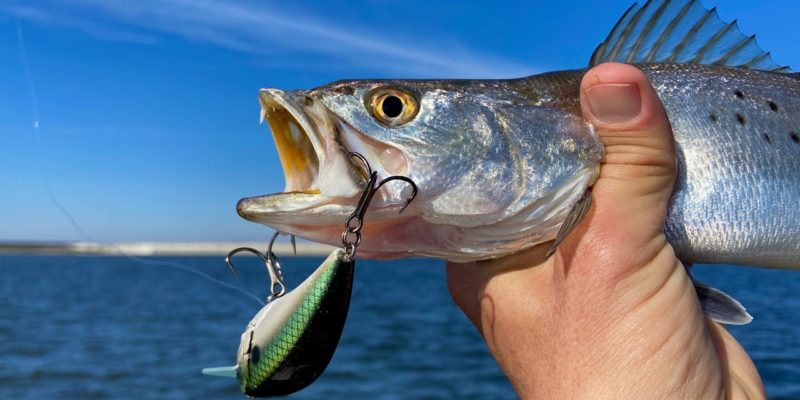 Across America, the vast majority of anglers are sitting on their couches, wrapped in blankets, watching the Weather Channel and hoping the air around Stephanie Abrams turns as cold as what’s outside their front doors.

They’re pining for the warm weather that’s to come, but right now, fishing is a miserable waste of time.

In South Louisiana, however, there’s no offseason. Is the fishing generally as good in February as it is in, say, May? Certainly not. But there ARE fish to be had, and many days the weather is almost even comfortable.

It was certainly less than that on Wednesday when Capt. Justin Bowles (www.jbfishingcharters.com) and I took my 18-foot aluminum boat into one of Southeast Louisiana’s community holes.

For the last two weeks, Bowles has been going there with other buddies, and catching keeper speckled trout up to 22 inches in length on hard-plastic baits.

So even though the overnight lows were below freezing, we greeted the dawn while launching at a marina that’s about a 20-minute run away from the hotspot.

By the time we got on site, our fingers were so cold, they’d hardly do what our brains instructed them to.

We finally thawed out thanks to moderating temperatures, and so did the trout. Initially, they were tepid, and the bites were slow, but as the flat warmed, the fish became active and attacked our lures.

Hot baits for the day included a MirrOlure MirrOlip and a Bill Lewis SB-57.

We didn’t catch any to match the size of the biggest Bowles has been catching, but every trout we pulled over the gunwale was a keeper.