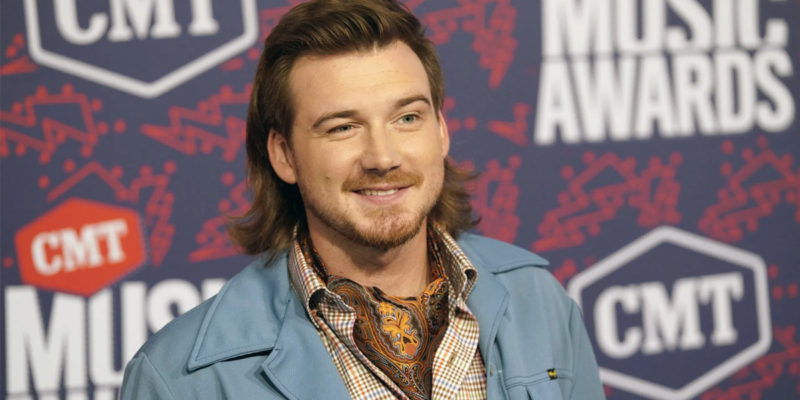 Apologizes, I Promise to do Better.

We’ve all seen it by now, and we’ve seen the knee-jerk reactions and total cancel culture denizens of our day and age rear their ugly, malicious heads like a modern day Orthrus. Only instead of guarding the Cattle of Geryon, this particular overfed beast guards against any potential perceived slight or offense, naturally occurring or manufactured.

At 27 years old, with his frontal lobe barely done with its development, Wallen and his rowdy friends appear not to have settled down just yet. TMZ is careful to let us know Wallen not only said the n-word, but he also used profanity. This is the part where all decent, upstanding citizens pretend drunk guys in their 20’s don’t curse and that concepts such as “locker room talk” do not exist. It’s fun because it’s one more thing about which to virtue signal loudly and proudly, while we’re at it. This type of holier-than-thou judgment is particularly useful when utilizing one’s keyboard to out-Christian other Christians on the Internet, a commandment held close to the hearts of many these days. (I only advise that one be careful to remember the part where the measure he uses is used against him.)

The Oxford English Dictionary tells us the n-word in question is derived from the Latin Niger, meaning black.

Dictionary Dot Com states the slang meaning of the word is used to refer to a person of any racial or ethnic origin regarded as contemptible, inferior, ignorant, etc.

Is it cool that Wallen referred to his friend as a p****-ass n*****? No. Did Wallen publicly apologize ASAP, seem genuinely remorseful, and promise to do better? Yes. (Even TMZ credits him with that.) Am I, or the majority of people saying we’re giving Wallen the benefit of the doubt as well as another chance, defending racism? Of course not.

While Wallen is remorseful and says there is no excuse for his behavior, I would counter that anyone referring to his regrettable choice of words as a slur would be mistaken.

Dictionary Dot Com defines slur as an insinuation or allegation about someone that is likely to insult them or damage their reputation. Does anyone think Wallen’s use of the forbidden word in his particular situation speaking about and to his friends qualifies as such?

The neighbor who recorded Wallen’s drunken utterance reportedly went on to record footage of the star and his guest leaving the house the next morning. Because don’t you know, that country SOB and anyone who deems him fit to keep company with deserve to be recorded, broadcast around the world, exploited, all aspects of their character analyzed by We the People? Surely celebrities owe us that.

God forbid all drunken debauchery indulged in by the average 20-something male (black, white, or green) be recorded for posterity and shared with the world wide web. We would surely end up as the characters in The Lorax, having decimated the forests to harvest enough wood for all the crosses needed to crucify the multitude of offenders.

I wonder: is it true that country music as an institution is inherently racist, and God bless America, Wallens brought this to the forefront in a crucial teachable moment in which the entire country music industry and its fans could be reprogrammed just in the nick of time? I wonder what Charley Pride would say. And how about that Lil Nas X, black and gay—and wildly successful crossing over into country? Today’s country music, with its fans being largely the younger generation coming up and making super stars of Wallen and the like, does not deserve to be labeled a racist genre. The artists and the fans deserve more credit.

Honestly, where do we think Wallen and countless others of his generation learned to be comfortable with the n-word? I myself could swear I have heard it a rap song or two here and there, maybe in a movie I once saw . . .

Either we give the word power, or we don’t. That goes for profanity as well. If polite society and decent human beings everywhere overwhelmingly deem a word as inappropriate to utter as He Who Must Not Be Named, then it must be deemed inappropriate and dangerous across the board.

If we tell our kids not to drop the f-bomb because it’s bad, and then we say it routinely and permit it in music, movies, etc., guess what kids do? They drop the f-bomb because they are desensitized by hearing it over and over in common culture. They reject our hypocrisy and choose to do as we do and not as we say. It’s not rocket science.

To be honest, I grew up in a tiny little town not unlike the one of Footloose fame, and I didn’t really learn about racism and the fact some people deem it of ultimate importance to identify insurmountable differences between the races until I moved to the city and attended public school, where I was routinely berated and bullied for being so white.

As a Caucasian who is so white indeed, should I start a campaign to cancel every non-white person who has ever referred to anyone as whitey, honky, cracker, white ass bitch, etc.? (I would hate to, especially considering I have been planning to rewatch the beloved The Jeffersons of my childhood.) What do we do with people who celebrate the life and work of Malcolm X and sport his likeness or his words on a t-shirt? There was that pesky time he entered into secret negotiations with the KKK in hopes of foiling integration of the races (check out 7 Things You May Not Know About Malcolm X for more on that).

As a woman, could I cancel every man who has ever referred to a female as a bitch or a ho? Surely only women have the right to use such seemingly degrading slurs.

Turn on your radio at any given time, on any given day, and listen to today’s top hits . . . pop radio, rap stations. You will hear myriad men (and some women) boldly detail all the orifices of a woman’s body and what they would like to shove into them. Do I enjoy that language? Not especially. Do I tell my son how disrespectful it is  to view and discuss women in such a manner? Of course. Do I tell my daughter she should never let someone speak to her or about her that way? Absolutely.

I also teach my children to be discerning, perceptive . . . and forgiving. I teach them to analyze what is before them and decide for themselves if it is right or wrong, good or bad, acceptable or impermissible. I teach them to let some things roll off their backs, not to choose the wrong hill to die on, and not to be quick to crucify any of our brothers and sisters in Christ.

I have looked for and found Jesus in many unlikely faces and places. If we all would decide to look for the good, spread light and love, and do unto others as the Golden Rule instructs, what a wonderful world this could be.

If you cannot find empathy and grace in your own jaded heart, and your mission continues to be tearing others down rather than building each other up, then truly all of Wallen’s “sorry’s” . . . and prayers in a pew are wasted on you. For the Bible tells us, it is the man who cannot see the plank in his own eye who is truly Dangerous.

Interested in more national news? We've got you covered! See More National News
Previous Article CROUERE: It’s Time For President Trump To Fight Back
Next Article GARLINGTON: When Is A Law Not A Law?