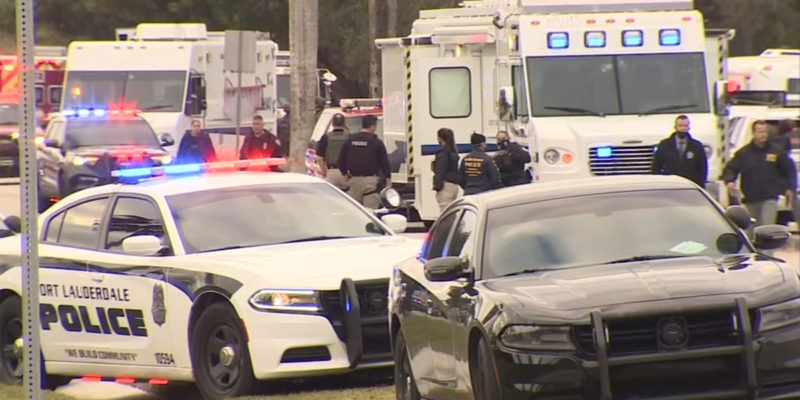 At at time when child pornography and exploitation is finally being discovered as the scourge it is upon our land, we lost two agents, who were on the front line of this never-ceasing battle.

Let me be clear, as a former agent and retired federal prosecutor, I know the perverse terrain of children being exploited for the prurient pleasures of others. Indeed, child pornography and trafficking is as big a business as narcotics trafficking and where you find one, you will find the the other.

Yesterday, two agents gave their lives to save children.

Two FBI agents were killed and three were wounded in a shooting early Tuesday while agents were serving a warrant in a child exploitation case in Florida, according to the FBI. The suspect died of an apparent self-inflicted gun shot wound, a person familiar with the matter said.

Authorities are investigating whether the suspect had cameras rigged at the apartment to provide an outside view of people who might be approaching at the time of the incident, said the source, who is not authorized to comment publicly.

At 6:04 a.m., FBI and officers from multiple agencies were serving a warrant at the Water Terrace apartment complex in Sunrise, Florida, when the suspect inside started shooting, according to Otishia Browning-Smith, a spokeswoman for the Sunrise Police Department. The suspect, who was not identified, barricaded himself inside the residence.

“A team of law enforcement officers were there to execute a federal court-ordered search warrant in furtherance of a violent crimes against children case,” the FBI said.

The director said two of the three wounded were in stable condition at a Florida hospital. The third agent did not require hospitalization.

And while others in the FBI used their badges to exploit political gain, the agents on this raid fulfilled their oath of office with their blood.

The FBI has always been top-heavy with so-called managers, while the real agents are putting their asses on the line everyday. In the past several years, America has witnessed the perversion of FBI managers pursuing their personal goals, while real agents investigated the cases to make our country safer from the predators wo lurk among us.

Those who have abused their position as agents need to be cast into the deepest shadows, while the agents we lost today, should be raised and respected as true heroes of the FBI motto: Fidelity. Bravery, and Integrity. My heart weeps today for those we lost and those wounded. May God, somehow, use this tragedy as a wake up call to all Americans as to how deep child exploitation runs throughout all tiers of American society and that the war on its purveyors never ceases–no matter who they are or what public office they hold.

Interested in more national news? We've got you covered! See More National News
Previous Article SADOW: Edwards’ Silence On Biden’s War On Energy Makes It Edwards’ War, Too
Next Article Is Slidell Really Getting A Casino?