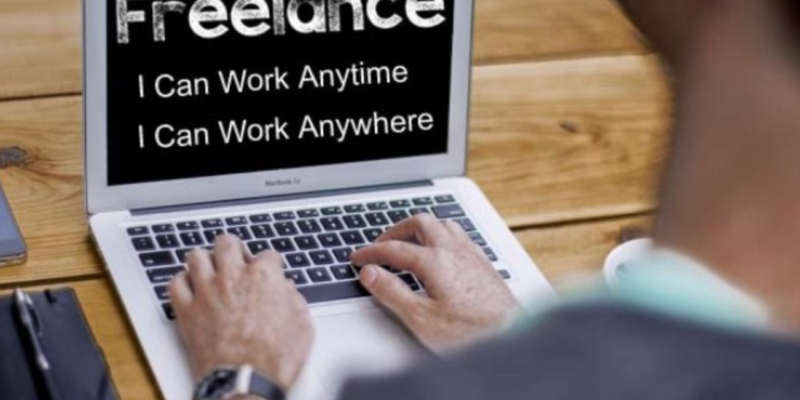 Freelancer workers are better prepared to weather the COVID-19 storm than non-freelancers, a new report commissioned by UpWork found.

A company that uses technology to connect employers with employees worldwide, UpWork posts millions of jobs annually connecting independent workers with companies. Workers are able to network and find jobs according to their combined 5,000 skills across more than 70 categories of professions.

The report is the seventh-annual survey of freelance workers conducted by Edelman Intelligence. It evaluated the size the U.S. freelance workforce and this groups’ impact on the overall U.S. economy. It also evaluated how COVID-19 impacted the freelance workforce, how these workers provide economic opportunity, what education level and skills they possess, among other issues.

There are at least 59 million freelance workers, Up Work calculates, who represent 36 percent of the total U.S. workforce.

In 2020, the freelance community contributed $1.2 trillion in earnings to the economy, according to the report, a 22 percent increase in contributed earnings since 2019.

In 2020, 34 percent of those surveyed started new freelance work as of March 2020, or 12 percent of the total U.S. workforce. Of them, 54 percent said they did so as a necessity, and 75 percent to achieve financial stability during the recession. More than half of new freelancers began freelancing because of major life events like completing college or being laid off.

Those already able to perform work remotely were able to better adjust to business development and networking strategies and in turn, reported helping their clients adjust to working in a new way.

Among those surveyed, 48 percent are caregivers and 33 percent report having someone with a disability in their household. Among those, 76 percent of caregivers said freelancing gives them more flexibility to be available for their families and earn a living; 72 percent said freelancing enabled them to address the personal, mental and physical needs of those with a disability in their household.

The report lists the ways in which remote work has benefited numerous industries, increased workers’ skills, and diversified financial resources.

Types of freelance workers described include those who might work on projects for a nonprofit in the evening, who manage an Airbnb and perform freelance coding, or who write for news organizations. Others might include personal trainers, life coaches, associate optometrists with contracts with a local practice, or copywriters who contract work for multiple clients.

Unlike traditional employees with full benefits, freelance workers choose to have more flexibility and a choice with the amount of contracts and hours they work. Many were already working from home before state shutdown orders began.

The number of independent workers in the U.S. has increased significantly since 2018, when the Bureau of Labor Statistics estimated that they represented 10 percent of the workforce, or 15.5 million workers. But a Boston Federal Reserve analysis that evaluated different data puts this number much higher, at one-third of all U.S. workers who were engaged in some form of nonstandard work based on 2015 and 2016 data.

“Independent contractors contract their services outside the direct control of [clients],” Erica Jedynak, director of economic opportunity at Stand Together, said in a statement. “[They] include gig economy workers, freelancers, many self-employed entrepreneurs, and workers in diverse professions – from yoga instructors to hair stylists to optometrists.”

Working remotely played a big role in why 58 percent of non-freelancers new to remote work said they would consider freelancing in the future. A strong majority, 73 percent, said freelancing has made them more productive, and 74 percent say they want to keep working remotely and not return to their traditional worksite. An even greater majority, 85 percent, said they can earn extra income freelancing to better cope with the impact of the shutdowns on their personal finances.

The report also found that while the overall freelance workforce size remained consistent in 2020, the proportion of those who reported they were now freelancing full-time is growing, a trend reflected in the expansion of “diversified worker” freelancers.

Those who left their employer in 2020 to freelance were able to increase their earning potential in less than six months, the report found; 61 percent said before and during coronavirus shutdowns they had the same amount of work or more work.

The median hourly rate for freelancers in 2020 was $20 an hour and $25 for skilled freelancers. Three in five say they earn the same or more money freelancing than working for a traditional employer. More than half say they set their own prices; more than two in five say they have raised their rates in 2020.

Half of freelancers are between ages 18 and 22; 44 percent are millennials, 30 percent are Generation X, and 26 percent are Baby Boombers, according to Upwork data.

"A weapon without ammo doesn't do any good. It's like handing Sheila Jackson Lee a book." - Jesse Kelly
More Quotes