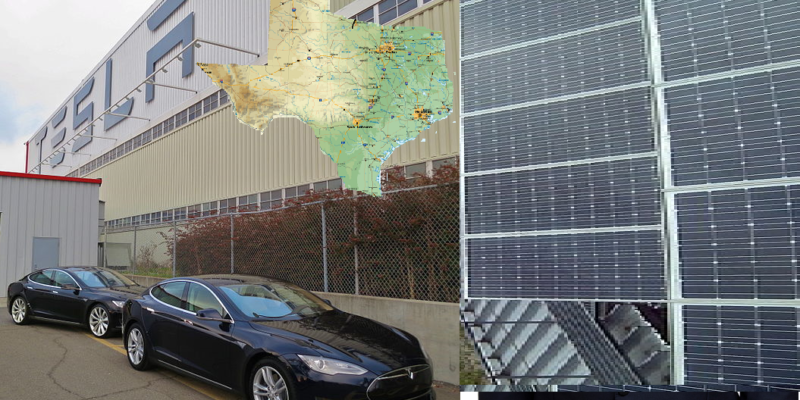 With the February 2021 Snowpocalypse that befalled Texas and the subsequent strain of the power grid that nearly caused a complete collapse, the very important question needs to be asked, can the Texas Power Grid sustain the future demand of charging electric cars when they are widely adopted over the next decade?  By 2030 the Cadillac Division of General Motors will only sell electric vehicles with rumors the rest of GM and the Ford Motor Company following in short order.  While it’s been widely reported electric cars benefit to the environment is a mirage along with green energy production, that doesn’t seem to stop the inevitable push to end the dominance of the internal combustion engine.

The stark reality is that battery powered cars are for the most part charged utilizing the electric grid.  Coal powered car jokes aside, the reality is that Texas currently has 22 million registered cars on the road, almost all are currently fossil fueled.  These cars get fuel from oil and compressed natural gas, going from wells. to pipelines, to tankers to fueling stations, without being a direct load on the grid since dinosaur juice can be stored in tanks and the only electrical loads on the grid to fuel petroleum cars are the valves on the pipelines and powering the pumps at gas stations since refineries by in large have onsite power generation.  fossil fuel powered cars are in fact powered by an independent parallel form of energy from the power grid.

While there are 22,600 electric cars registered in Texas as of November 2020, that is only 0.1% of the total amount of registered cars in the state.  Using the Tesla Model 3 standard range edition as an average for charging electric vehicles, the Model 3 requires 50 kilowatts to fully charge.  Higher performance, longer range, and heavy transport electric vehicles such as trucks obviously will need more power to fully charge.  For simplicity lets take the 50 kilowatt average and multiply it by the current total of electric vehicles in Texas, then divide that number by 1000 to get the total power in megawatts consumed to currently charge electric vehicles in Texas which is 1.130 megawatts, or slightly under what one of the reactors at the South Texas Nuclear Plant can output.

An average load on the Texas Power grid according to Electric Reliability Council of Texas or ERCOT is 52,000 megawatts.  Under heavy demand it’s over 65,000 megawatts.  Here’s the stark reality if all 22 million cars in Texas were electric,  there would be the need of 1.1 million megawatts of power to charge these electric cars in Texas not including the rest of the power demands.  Meaning that grid power generation and capacity would have to be increased 17 times current capacity.  This is something that neither Ford nor GM have adequately addressed.

Tesla on the other hand seems to be the only electric car manufacturer to have a grasp of the necessary need for infrastructure to support their vehicles.  Having a nationwide charging network to support their vehicles is one thing, but how it’s powered is another.  Enter Tesla’s subsidiary Solar City.  There was some controversy surrounding the purchase of Solar City by Tesla in 2016 which was viewed in some publications as a bail out to Elon Musk’s cousins due to the fact the company was insolvent.  However it could be argued that the acquisition was not only cheaper than if Tesla developed solar technology from scratch, but also allowed Tesla to deploy solar charging solutions quicker as well.  Instead of adding power to the grid directly, Tesla’s charging infrastructure rollout is to generate power locally on the property for direct consumption.

The Tesla solar roof or traditional panel generators  produce enough power to not only charge Tesla or other electric vehicles, but also power a standard sized home with surplus power stored in repurposed Tesla vehicle batteries called the Powerwall for continued non-grid supplied electricity at night and cloudy conditions.  According to Tesla most households will need two Powerwalls, one for the household loads and one to charge the electric vehicle.  This is not only a vertically integrated solution by Tesla with regards to getting their vehicle charged, but also is a decentralized solution to the states power grid shortfalls allowing for locally produced power for individual homes and electric cars, with the option of surplus power added to the ERCOT grid.  Tesla also had the foresight of adding heaters to its solar panels to melt snow and ice accumulation, something sorely lacking on ERCOT’s solar panels.   Honestly it probably wouldn’t be a bad idea to appoint Elon Musk to the ERCOT board now that he lives in Texas.

The big question is why is only Tesla considering the grid load to charge their vehicle and not the other manufacturers?  Another long term question that must be addressed is how will the roads be funded starting in the 2030s?  Currently they are funded by the gas tax, something no fully electric car pays into.  Another question is battery waste.  While the drive batteries are repurposed into powerwalls, at some point those batteries will no longer be able to hold a useful load for that purpose.  Another is cost to entry and how quickly Tesla’s solar solution is adopted by electric car owners.  Undoubtedly February 2021 was a wakeup call as to limitations to the current Texas Power Grid.  Keep in mind the numbers listed in this article are only for Texas.  Charging electric cars for all of North America is going to end up being much higher.