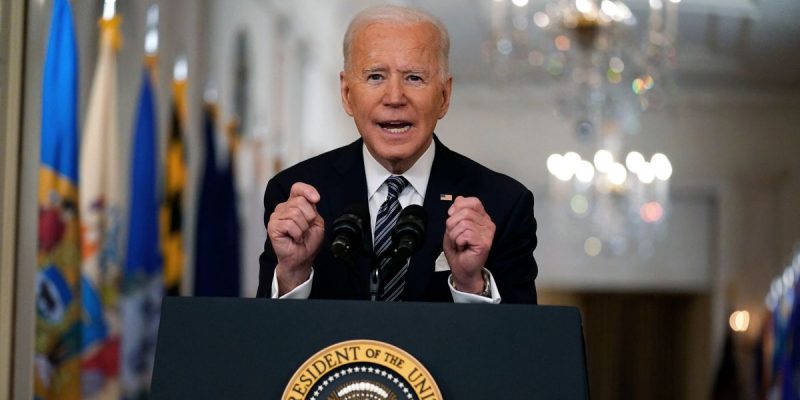 When President Biden presented his speech last night, I was torn. As a fervent Republican I recognized that he had the rare opportunity to become a positive cheerleader for America and in doing so, make the likelihood of a Republican comeback more difficult. I was happy that the nation may finally be able to put COVID behind it and be inspired by a soon-to-come happy time, but I was apprehensive that he had the chance to clear the way for Democrats to build on their drive toward socialism.

But I need not have worried, he did not disappoint me. In 24 minutes of depressing discourse of how bad things are and could still be, a monologue that could have been but 10 minutes at most, he let the nation see into his inner most soul. And in doing so three words came to mind: dark, deceptive, and discouraging. Three D’s that make clear where our leader is and what we may expect from him.

The speech was dark. Endless droning on about the tragedy that we all know so well and fell so deeply. Respect for the lost was important but attempting to turn that into a tool of fear was despicable.

The speech was deceptive. Instead of giving credit for the work that proceed him he chose to mislead us by taking credit where credit was not due and in some cases with outright lies.

The speech was discouraging. Instead of painting a bright future that would have encouraged the spirit of every American’s dreams, he chose the low road by depressing American deepfelt aspirations for a happier time.

He did not disappoint. This speech demonstrated to Americans that we are being led by people who would use a dark vision of our future and who would stoop to veiled threats to keep us accepting of their power. It was clear that we are being led by someone who has so little confidence that he had to lower our expectations to a very shallow level in order to prepare us for when he fails.

In the end I was disappointed for our people but felt much better for the time when we can throw off the shackles of centralized power and reassume our cherished freedoms. It is now clear that the next two or four years until elections will not be years of optimism and progress, no they will be dark years in which Democratic leaders’ goal will be to hold onto power by convincing Americans that what they see with their own eyes is not reality. And that negative approach is what will make the future bright as the road to a positive Republican resurgence will be ever more unobstructed.

I am happy for my party, but terribly sad for our people. The President could have used his time to actually unify us with visions of the happier times that we once held. Instead, he chose the dark foreboding path of fear and falsehood.

Too bad America, too bad.