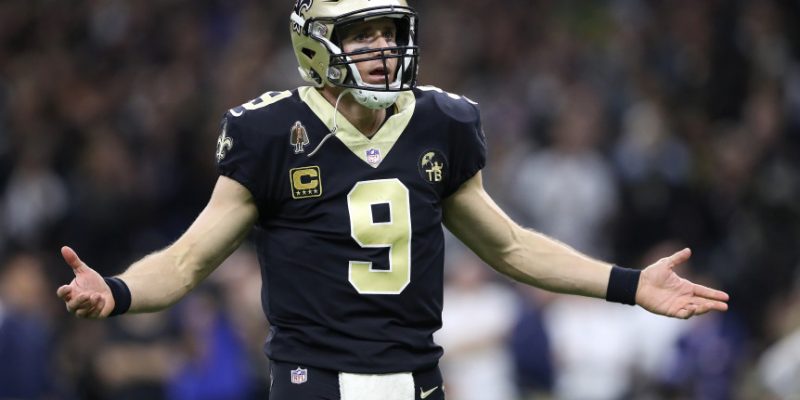 Fifteen years ago both the New Orleans Saints organization and the city itself were in the midst of massive rebuilding operations.

With few neighborhood exceptions, New Orleans was still mostly in ruins from Hurricane Katrina. Debris would remain strewn about the landscape for months to come. The battered Superdome, symbol of the misery of the storm as it served as a shelter of last resort, still stood, despite irresponsible national media speculation that it’d be demolished, though much work had yet to be done for the stadium to be reopened.

The football franchise was in the midst of hauling off debris from the Jim Haslett-Aaron Brooks era. Both would be gone and replacements would need to be found.

Sean Payton joined up early in 2006 and then it was a matter of who would serve as the signal caller.

The deeply unpopular and infuriatingly grinning Brooks was statistically the franchise’s best quarterback but that had more to do with the horrible supporting casts of Archie Manning and Bobby Hebert and the short shelf life of the other men under center.

The two best options available were Minnesota Vikings qb Daunte Culpepper, who bedeviled the Saints’ defense in a regular season loss in 2002 that cost Haslett what would’ve been his second trip to the playoffs and former San Diego Chargers quarterback Drew Brees, who like the city had underwent his own major “reconstruction”, performed by Dr. James Andrews after suffering catastrophic injury when the Bolts played the Denver Broncos in the last regular season game in 2005.

Culpepper was still under contract with the Vikings so a trade would be needed to land the disgruntled quarterback.

Brees considered both Miami and Nola and figured that he’d land in the former. However head coach Nick Saban and the team doctors weren’t sold on Brees’ surgically repaired shoulder and essentially punted him to New Orleans.

Representing a new aggressive culture in the Saints front office, the team swooped in to sign Brees as fast as they could.

And the offensive juggernaut tandem of Payton-Brees was born and the franchise and league record books would never be the same.

As Brees’ shoulder got stronger with every game Saints fans would get a taste of to expect next 14 years, which would  be the greatest era of professional football in New Orleans.

They became a part of the New Orleans social fabric

2009 would be the year where the stars would align much the way Brees’ passes would with his receivers. A thirteen game winning streak. A first round playoff bye that eluded them in 2006. Hosting the NFC Championship Game.

And of course Super Bowl XLIV played ironically in the very stadium that he intended to relaunch his career if not for Saban.

After being stifled in the first half, Brees’ resilience showed up after Ambush and spread the football to his bevy of targets to rally his team back.

At the end with confetti flying around and Who Dats in the stadium and in the Quarter raining tears of joy, Drew hoisted up his baby boy with ear protectors and the Lombardi Trophy.

Brees wasn’t just a quarterback or champion, #9 was King of New Orleans.

Bacchus had already invited him to serve as their celebrity monarch for Mardi Gras in 2010.

Though we didn’t know it at that time, that moment would mark the apogee.

Yes there were records that would be smashed and reset, many more games won, division titles collected, but there would not be a Two Dat as officiating bungling in two critical playoff games against old NFC West nemeses (at San Francisco in 2011 and in the Superdome against the LA Rams in 2019) would keep the Saints out of another Super Bowl.

Brees’ next ring will be waiting for him in Canton in five years when he is a first ballot inductee into the Pro Football Hall of Fame, adjoined to the stadium that bears the name of the Saints owner who pushed the bucket of cash to him in 2006.

That might be the one time Saints fans won’t mind their team playing in the insufferable Hall of Fame “bonus” exhibition game.

Drew Brees did more for New Orleans than any other professional athlete ever had or ever could.

Brees raised our morale at a time when we were grasping for hope, he changed a franchise that was on a perpetual spiral of futility, he showed that greatness could sprout from the grounds of a city that has more things wrong than right, and he personified decency in a field where excessive living is en vogue.

Interested in more news from Louisiana? We've got you covered! See More Louisiana News
Previous Article SADOW: In Bossier City, They Cut Cops And Got More Crime
Next Article The NAACP Goes After The Louisiana Legislature’s Leadership Dark-Money Group